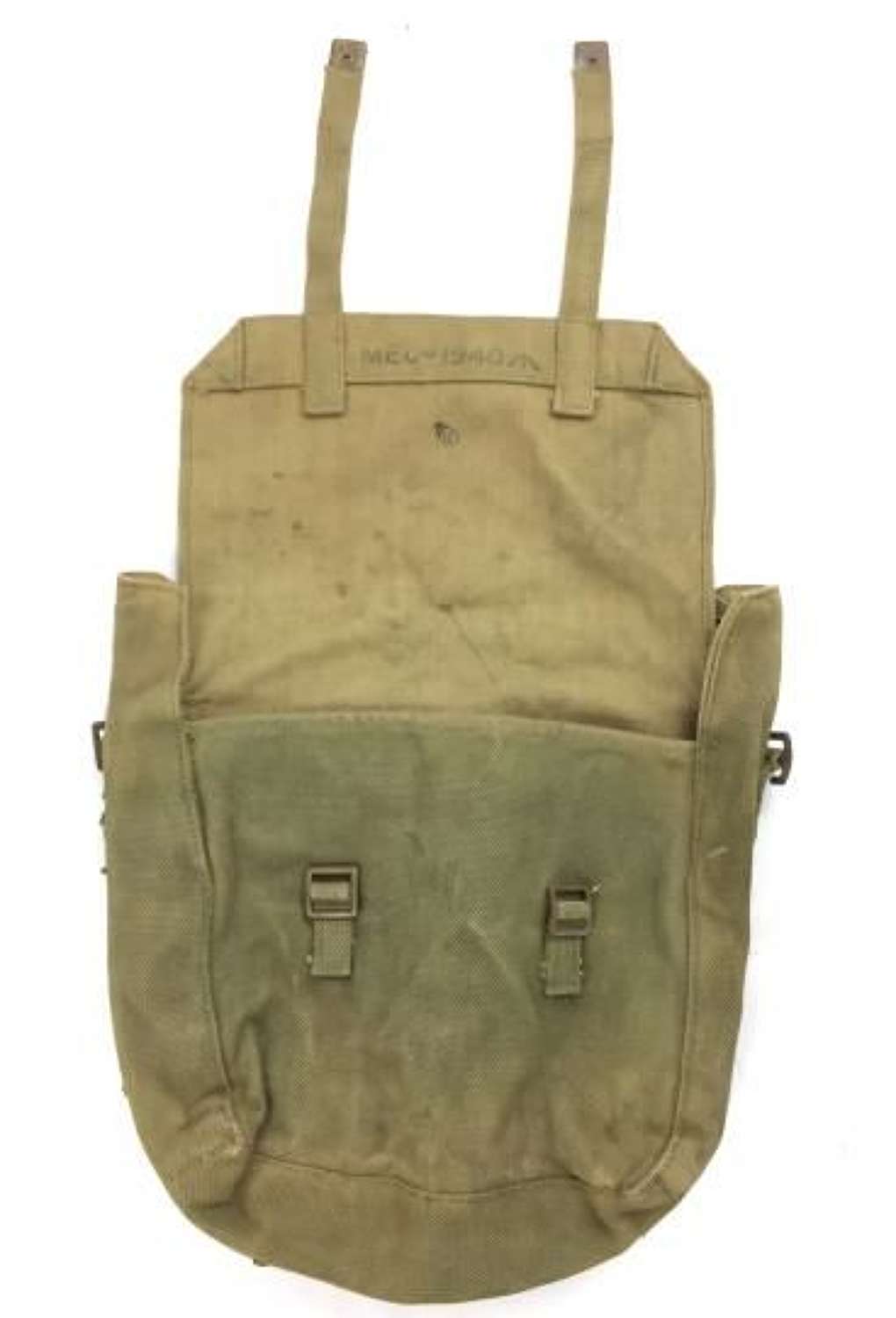 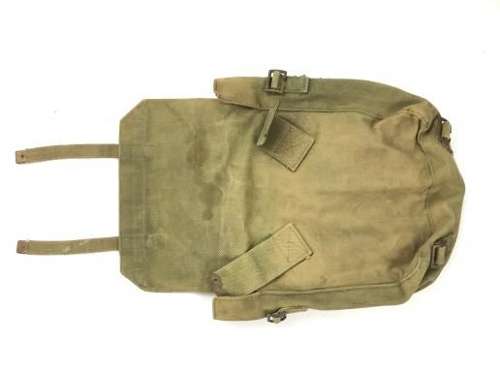 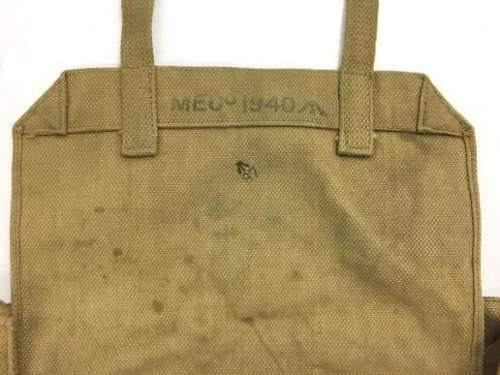 SOLD
An original British Army small pack made by 'MECo' in 1940.

This British Expeditionary Force period small pack is a standard 1937 pattern small pack as used by the majority of unit in the British Army during the Second World War.

The bag is clearly date 1940 inside and features the makers name 'MECo' who were one of the most prolific makers of British Army webbing during WW2.

The bag has clearly been issued at some stage as it has been blancoed. It is in good condition and has clearly never seen particularly heavy use.

All the buckles and straps are intact and feature brass ends which is correct for early war manufacture.