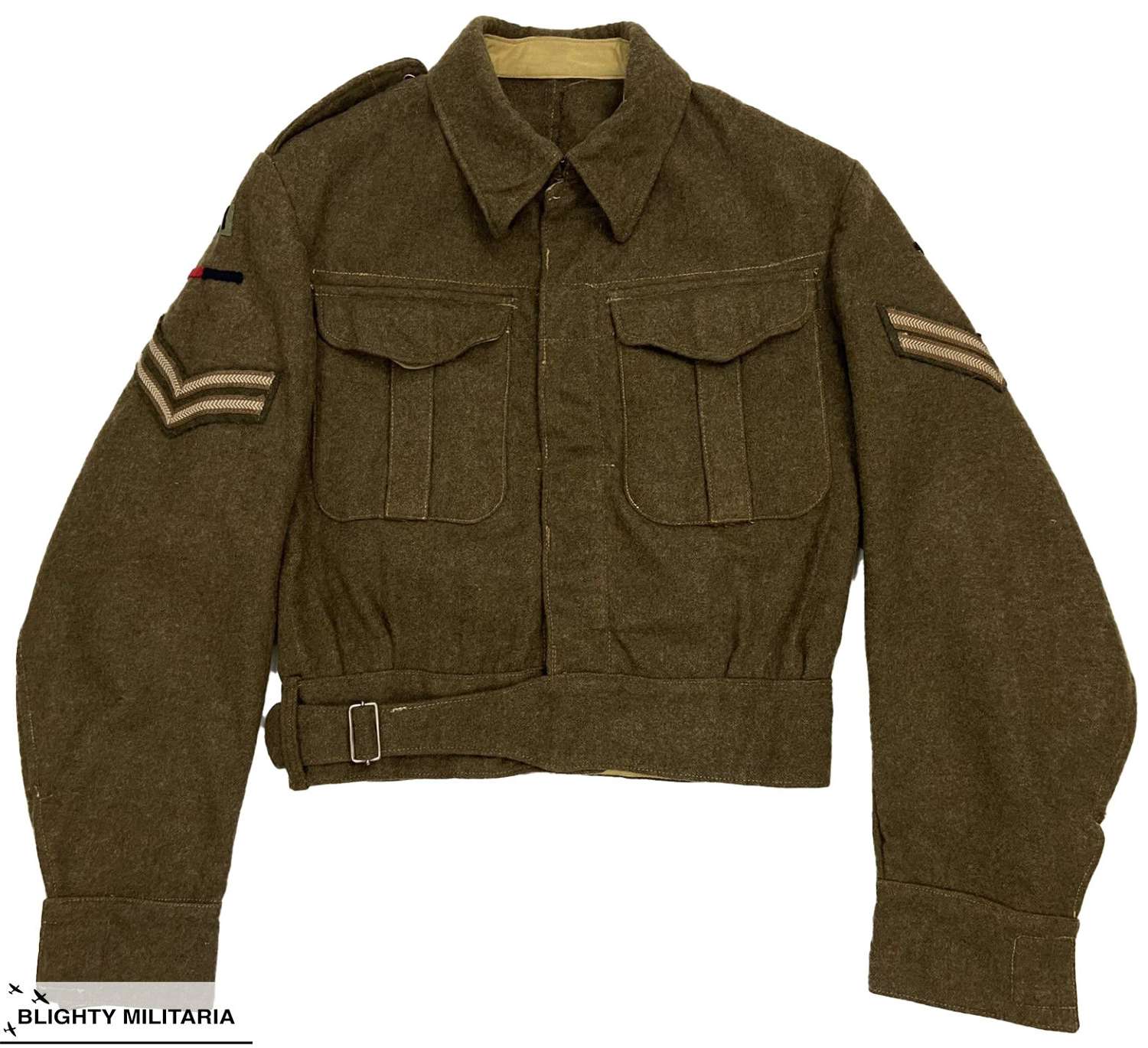 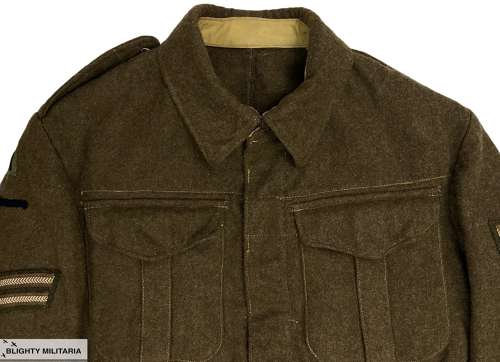 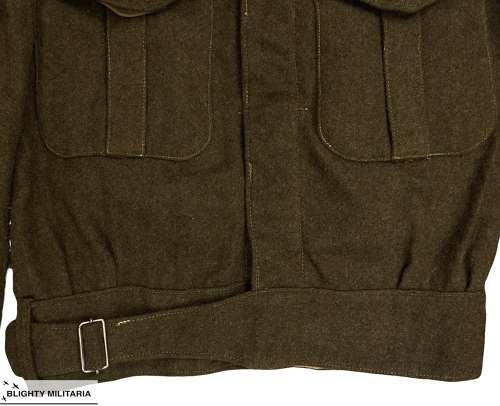 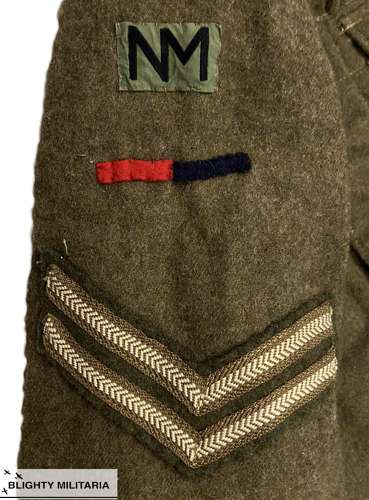 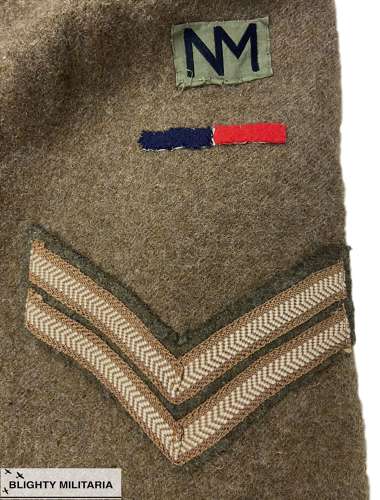 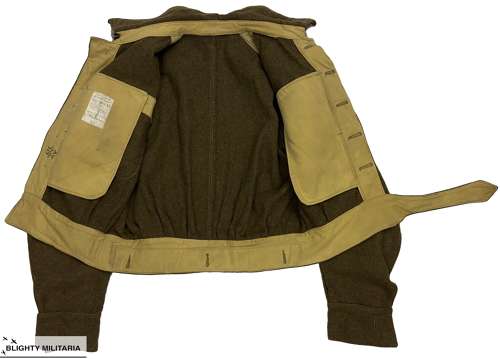 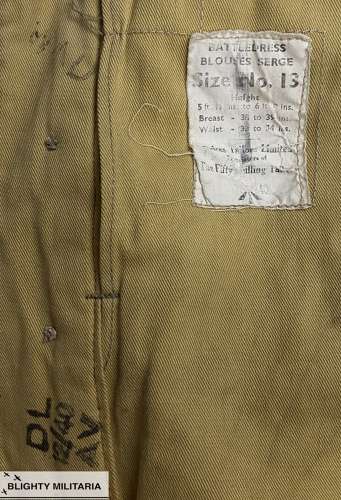 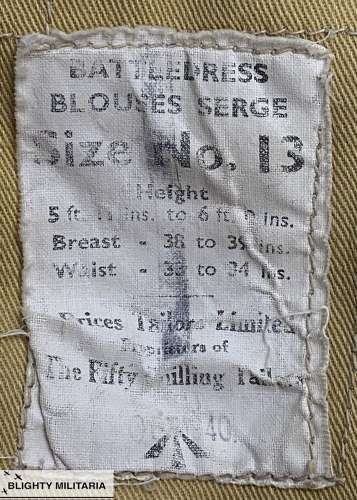 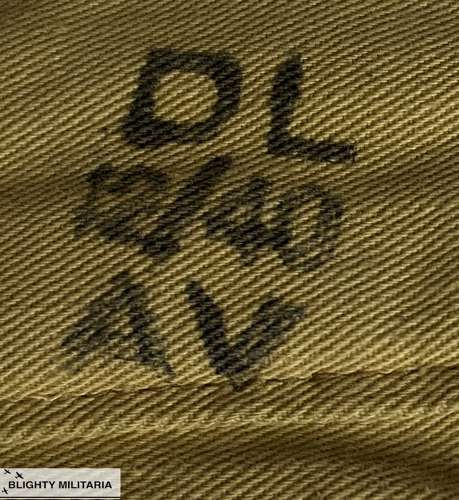 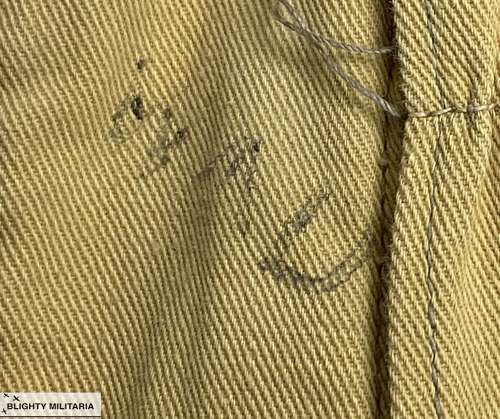 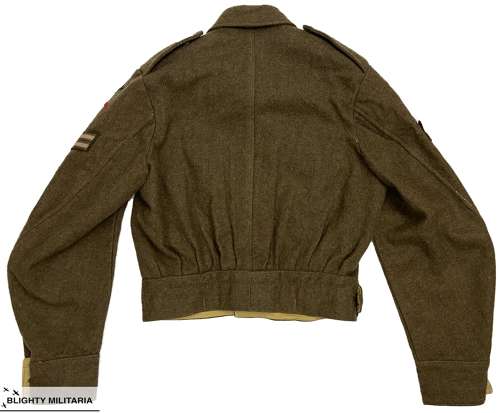 An original 1940 dated battledress blouse which belonged to a corporal of the 507th Field Company, Royal Engineers who served as part of 148th Independent Brigade in North Ireland between November 1940 and July 1942.

The 148th Independent Brigade was only active from the outbreak of war in September 1939 until the middle of 1942 when it was made into a training brigade with all its supporting troops being sent away over a period of a couple of months. The only Royal Engineers unit to be attached to this Brigade was the 507th Field Company meaning this jacket belonged to a member of that specific unit. What is also of note is that any jackets which are originally badged to 148th Inde. Brig. will now be extremely rare as all those who served in this unit would have been posted to a new unit in 1942 and therefore would have rebadged the battledress blouses.

The jacket is an early 1940 pattern example with the lined collar and metal roll buckle. There is an Anti-Vesicant stamp which bears the date of December 1940 meaning that this example was made between July and December of 1940. The date also ties in well with the 507th who arrived in Northern Ireland in November of 1940 where the uniforms look to have been treated.

The jacket retains all of its original wartime insignia including the 148th NM divisional sign, below which is a Royal Engineers arm of service stripe. Corporal stripes are found below this and, like the other badges, are undoubtedly original to the jacket.

Inside the jacket the original label is still present and is partly legible. It is a larger size No. 13 which was made by The Fifty Shilling Tailor. There is an issue stamp of October 1940 which ties in with the period that the unit would have been re-equipped before leaving for Northern Ireland.  As well as the AV stamp,there is also a War Department acceptance stamp. It does not bear a letter code as is often found on early war manufactured battledress.

The jacket is in good condition as can be seen in the pictures. There are only limited signs of wear and age and overall it displays very well and has a fresh look to it.

It would be very hard to find another originally badged 148th battledress blouse making this a must have for the serious collector!