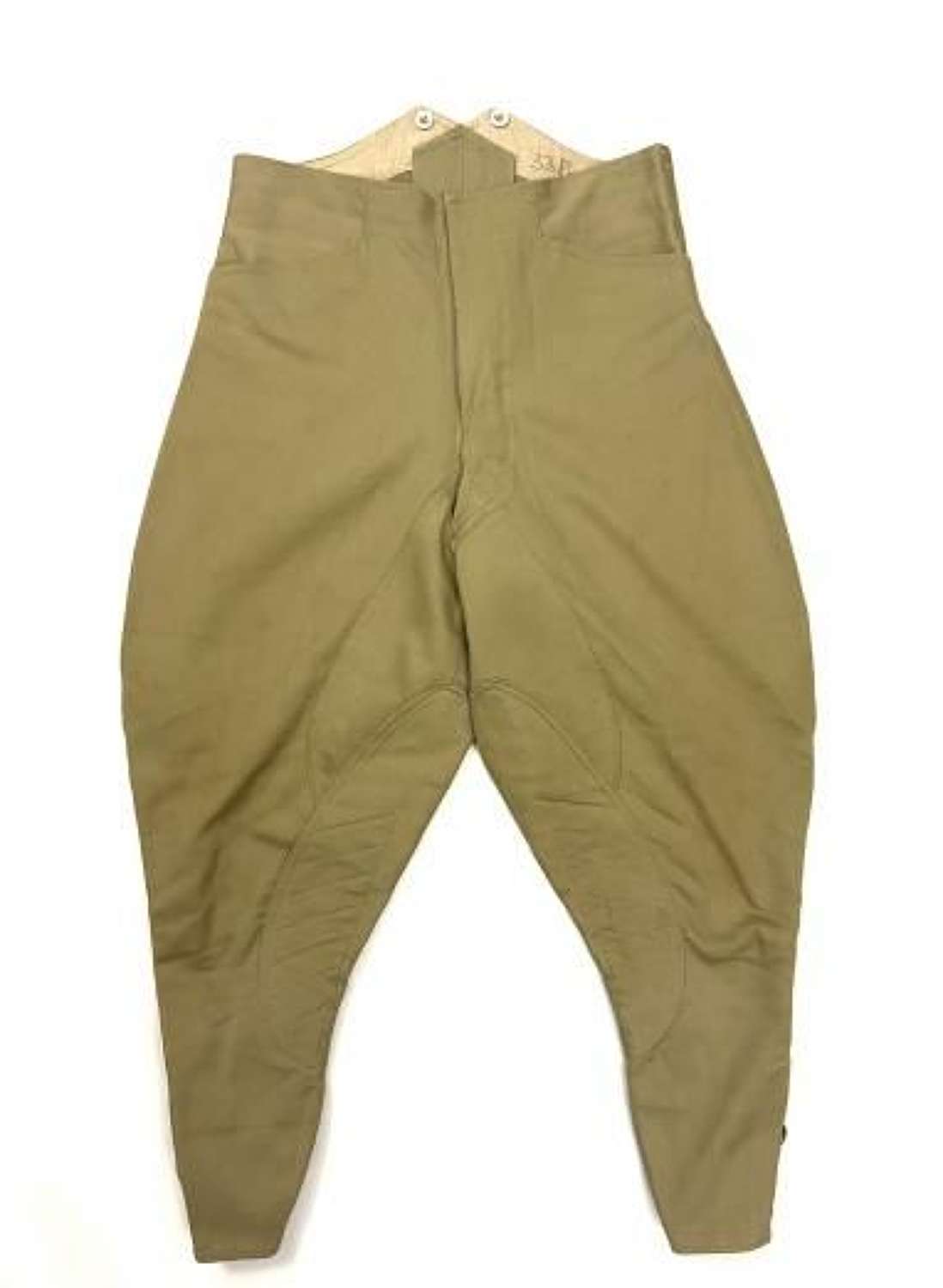 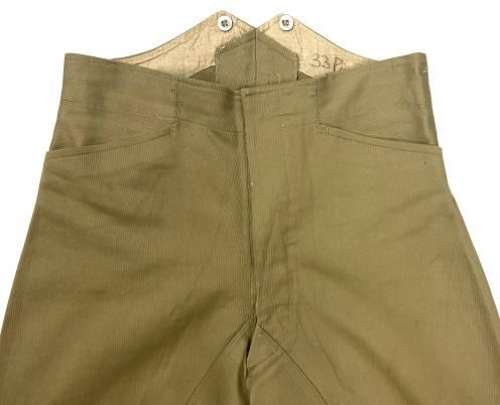 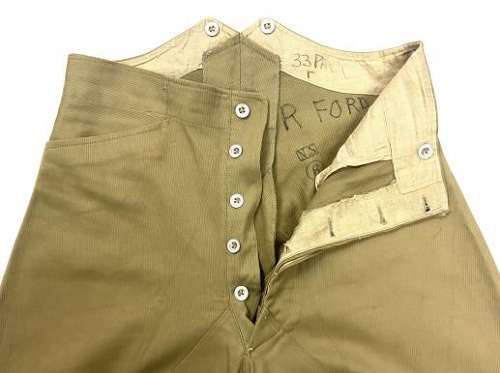 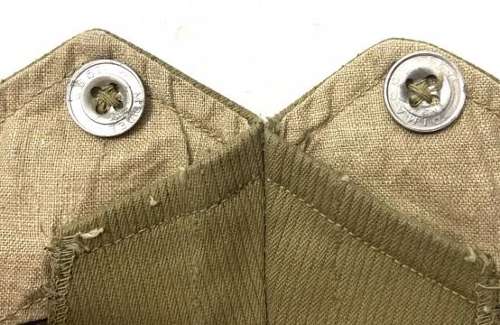 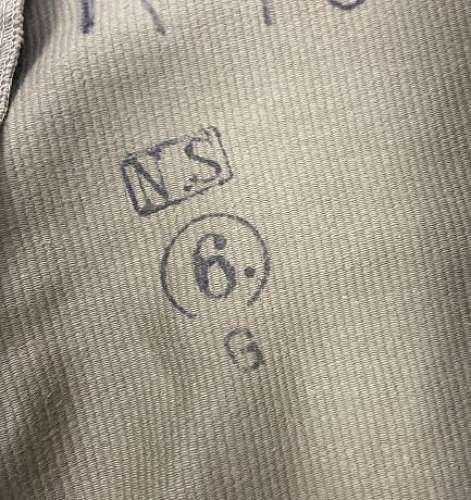 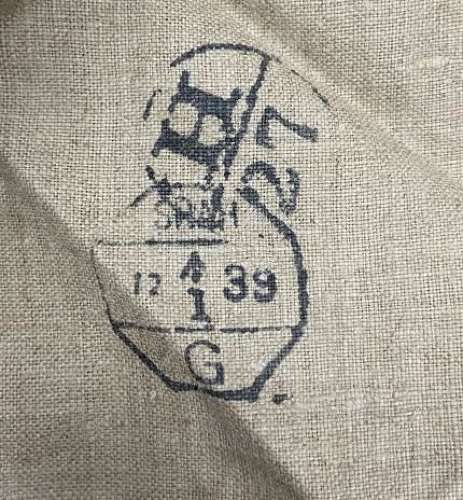 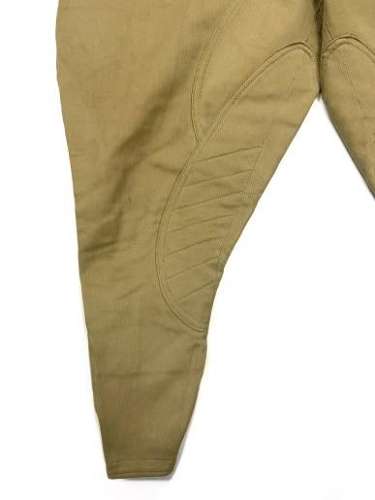 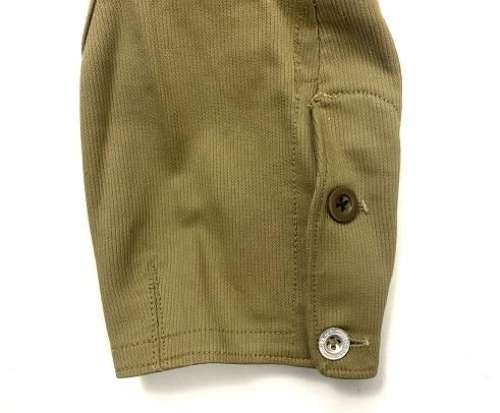 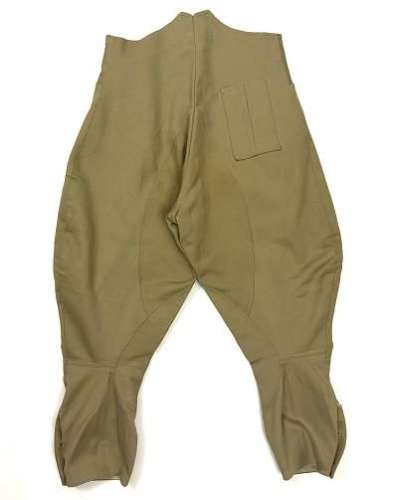 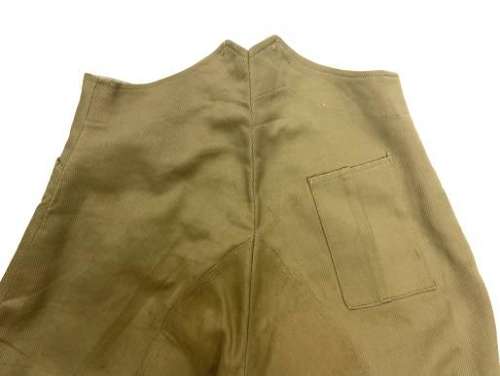 This pattern of breeches was used by mounted units in serving in hot climates. Whilst at first glance they look to be a standard cut of breeches, they in fact have some interesting details. Made from a khaki coloured whipcord the breeches feature a fishtail back as was popular in the inter-war period. The fly fastens with white metal buttons which are marked either 'Dimaco 1939' or 'Model 1939' and the same examples are fitted around the waist for braces.

The most interesting detail is the double reinforcement to the inside legs. Whilst breeches commonly have a single section to the inside of each leg, these have another higher up which starts at the crotch and is overlapped by the sections fitted lower down.

The rear of the breeches features a single pleated First Field Dressing pocket made from the same material as the rest of the article. This rear positioning is typical of wartime manufactured KD items.

The interior of the breeches features a plethora of stamps as is usual with Indian made items. The circular date stamp is bright and clear and reads December 1939. Other stamps include the size stamp which is 6 in this instance.

The breeches are in very good condition as can be seen in the pictures. They do no appear to have been issued or worn and display extremely well. They are a vintage item however so may have small flaws relating to age. It is also worth noting that one calf button has been replaced with a horn button on each leg.

A very nice pair of early war breeches with a very clear date and in fantastic condition. A must have for the serious collector!