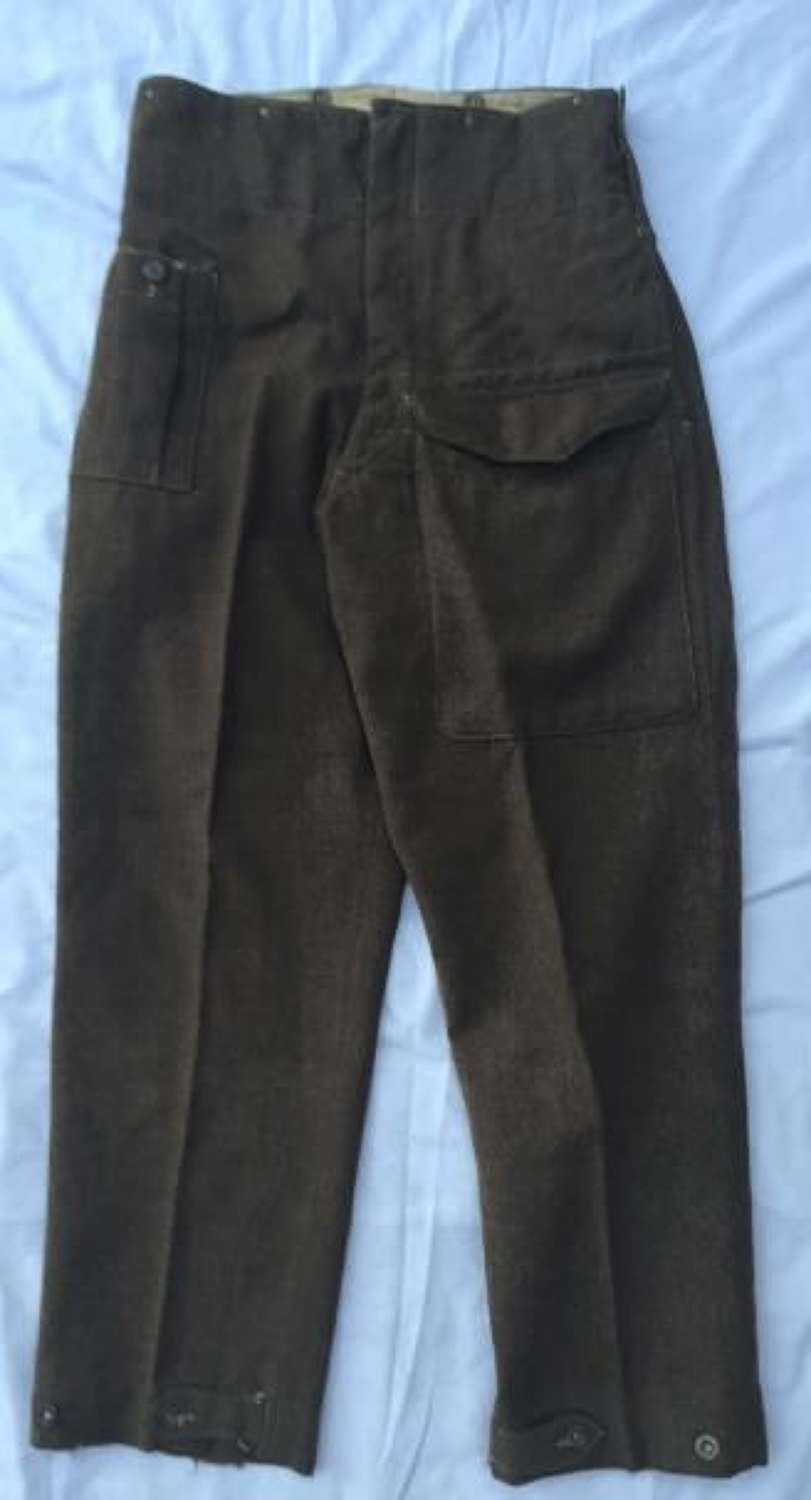 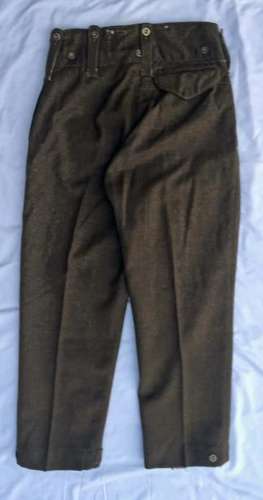 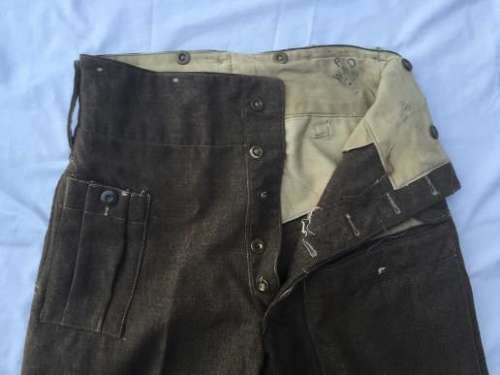 A good example of 1940 pattern battledress trousers, often referred to as 1937 pattern by collectors.

This pattern came into issue with the British Army shortly after the withdrawal from Dunkirk and could be referred to as 'second pattern'.

These trousers are marked 'P' inside denoting 1941 as the year of manufacture. They also have the anti-vesicant stamp inside so have been treated at some point against gas.

The trousers feature brass buttons all round, belt loops to the waist and tabs to the bottom as would be expected on this pattern.

This particular pair of trousers are in good original condition and although worn they still have plenty of life in them and display well. The button for the map pocket is missing but this is easily replaced.

All in all, a good pair of early war battledress trousers which are getting hard to find.