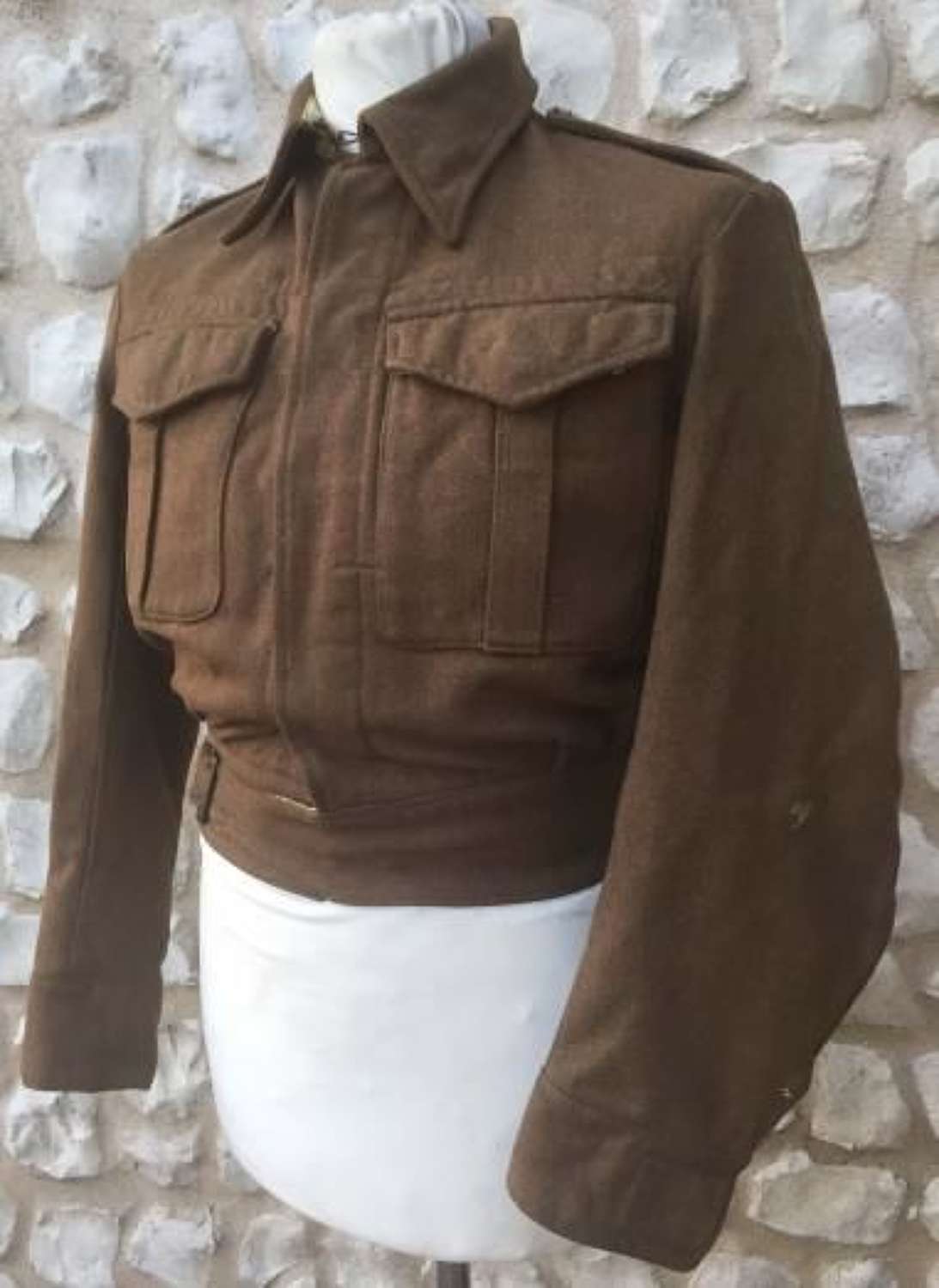 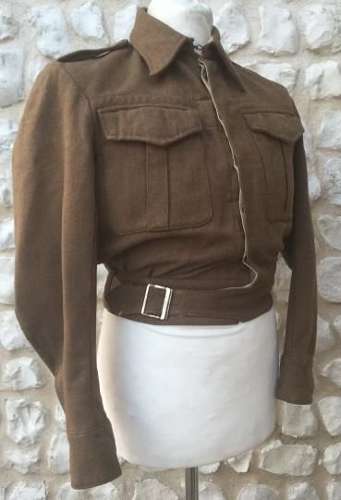 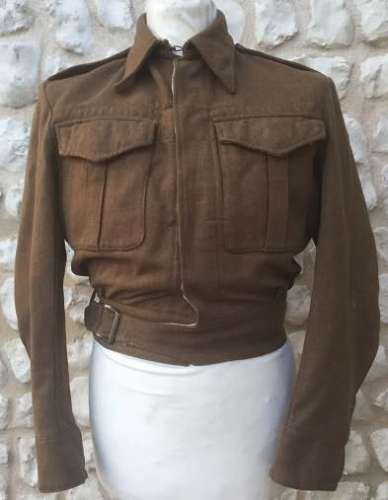 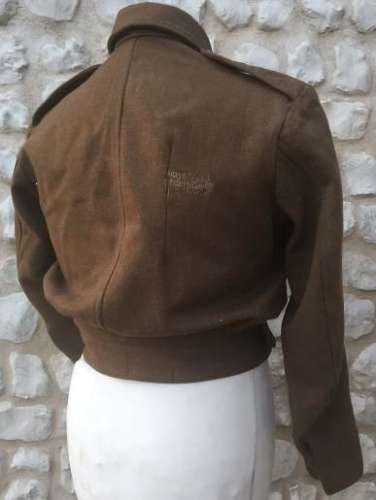 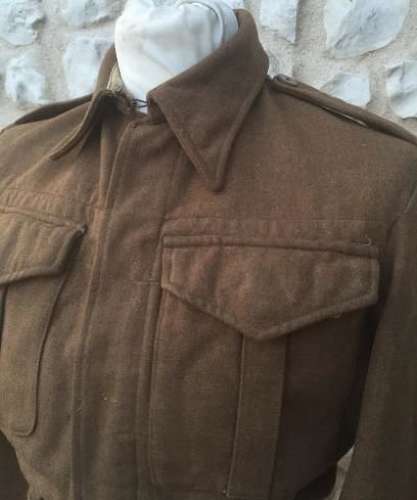 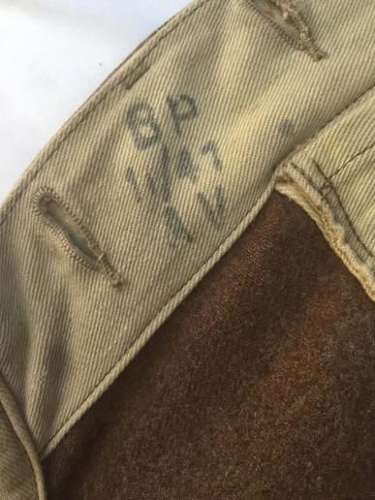 This blouse is the second pattern of battledress blouse and features a lined collar and chromium played buckle. inside the blouse is an 'Anti Vesicant' stamp which is dated November 1941, so we can assume the blouse was made prior to this date.

The blouse is in good condition generally but does have some repairs, namely to the back and to the sleeve. The blouse has clearly seen some action but has been priced with these faults in mind.

One of the collar tabs is also missing though it does still fasten around the neck fine. Another could easily be sourced if the new owner so wished.

Most of the buttons on this blouse have been changed for riveted 'bulldog' brand buttons which was common practice on tunics which were used very regularly to work in and are a nice feature to see.

The waist bet does also have some repairs too it but still does up fine.

A good orignal blouse that has had a hard life. It still displays well and could be worn if so wished for reenactment but it does have some scares.