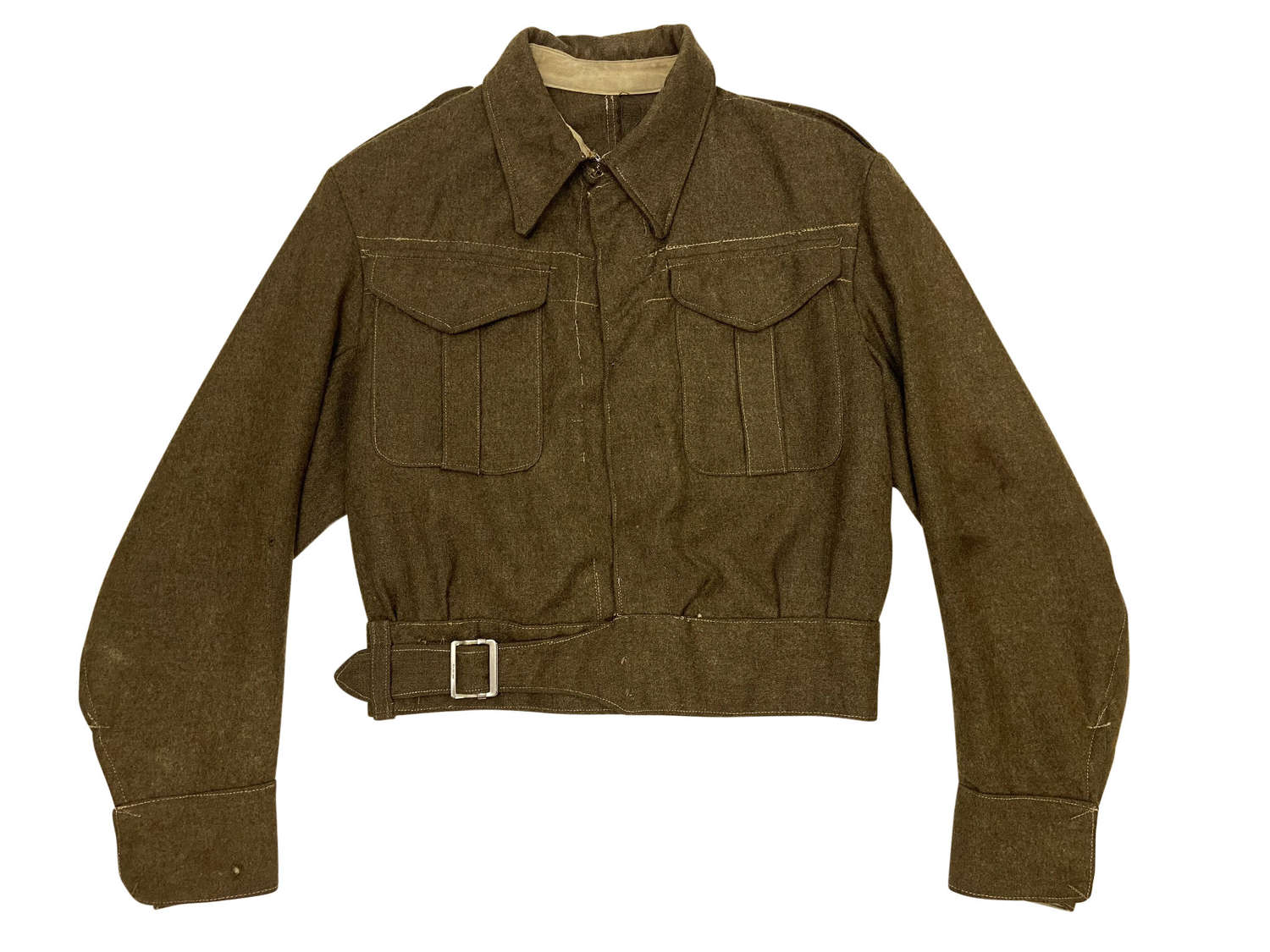 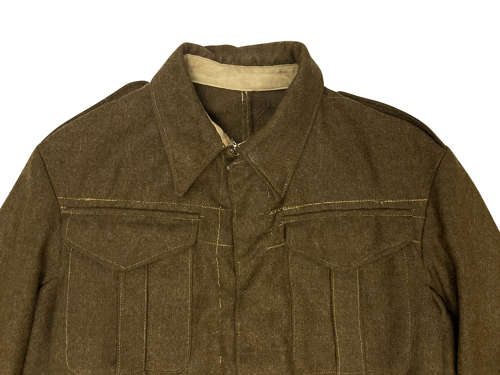 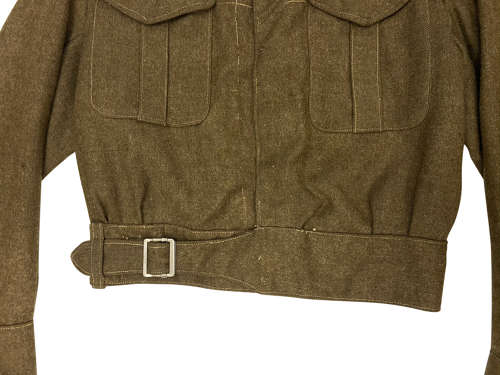 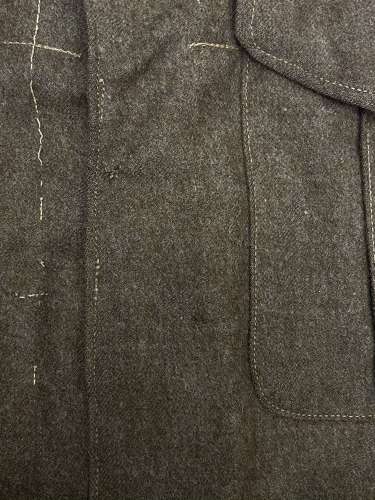 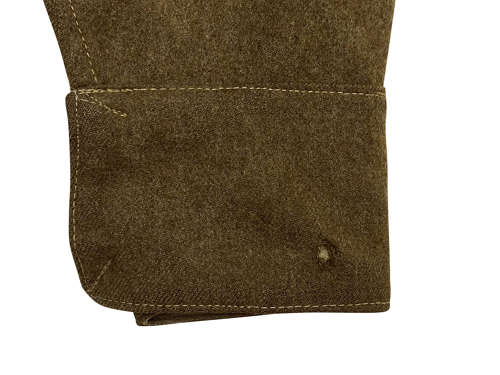 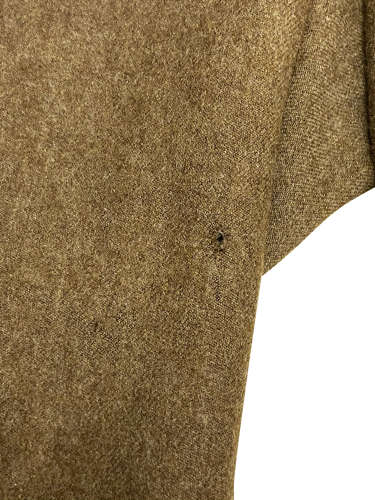 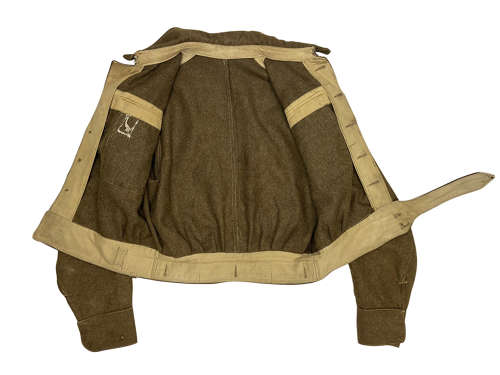 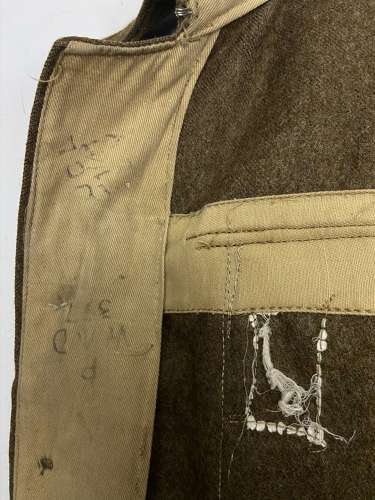 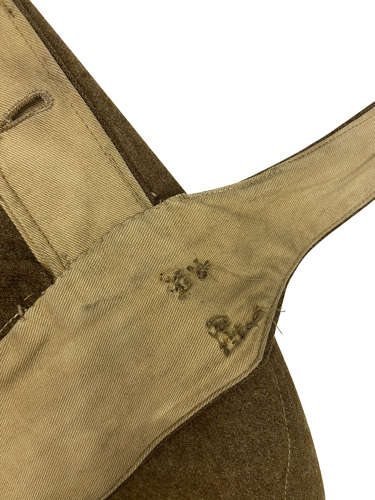 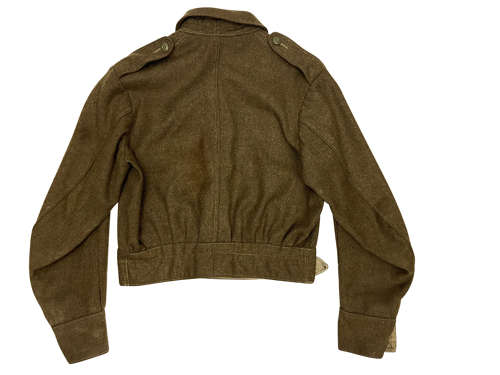 A good example of the 1940 pattern battledress (often referred to as 1937 pattern by collectors) dated 1941.

This blouse is typical of a British manufactured blouse of this period featuring a pressed metal buckle as opposed to the earlier war wire buckle and it has a lined collar.

The blouse has had a couple of period alterations, almost certainly by the orignal owner. The collar clasps have been changed for white metal clasps, the buttons have been changed for horn examples rather than the issue brass buttons and it has had a couple of extra clips put in on the waist to keep the blouse looking smart whilst it is being worn. Both inside pockets have also been removed.

Inside the jacket is the WD stamp and the letter code 'P' which denotes 1941 as the year of manufacture. It also has an AV stamp which is a nice feature and typical of jackets which were issued during the war. Sadly the label has been well washed out and is no longer legible.

The jacket is a larger size around about a 13. When laiud flat it measures -

The overall condition of the blouse is good but it has had a reasonable amount of wear in its life. This jacket is by no means a mint unissued example but a jacket which has been issued and worn. There is also some staining to the right hand sleeve.

Altogether a good original early war example with some nice period modifications and in a harder to find larger size.