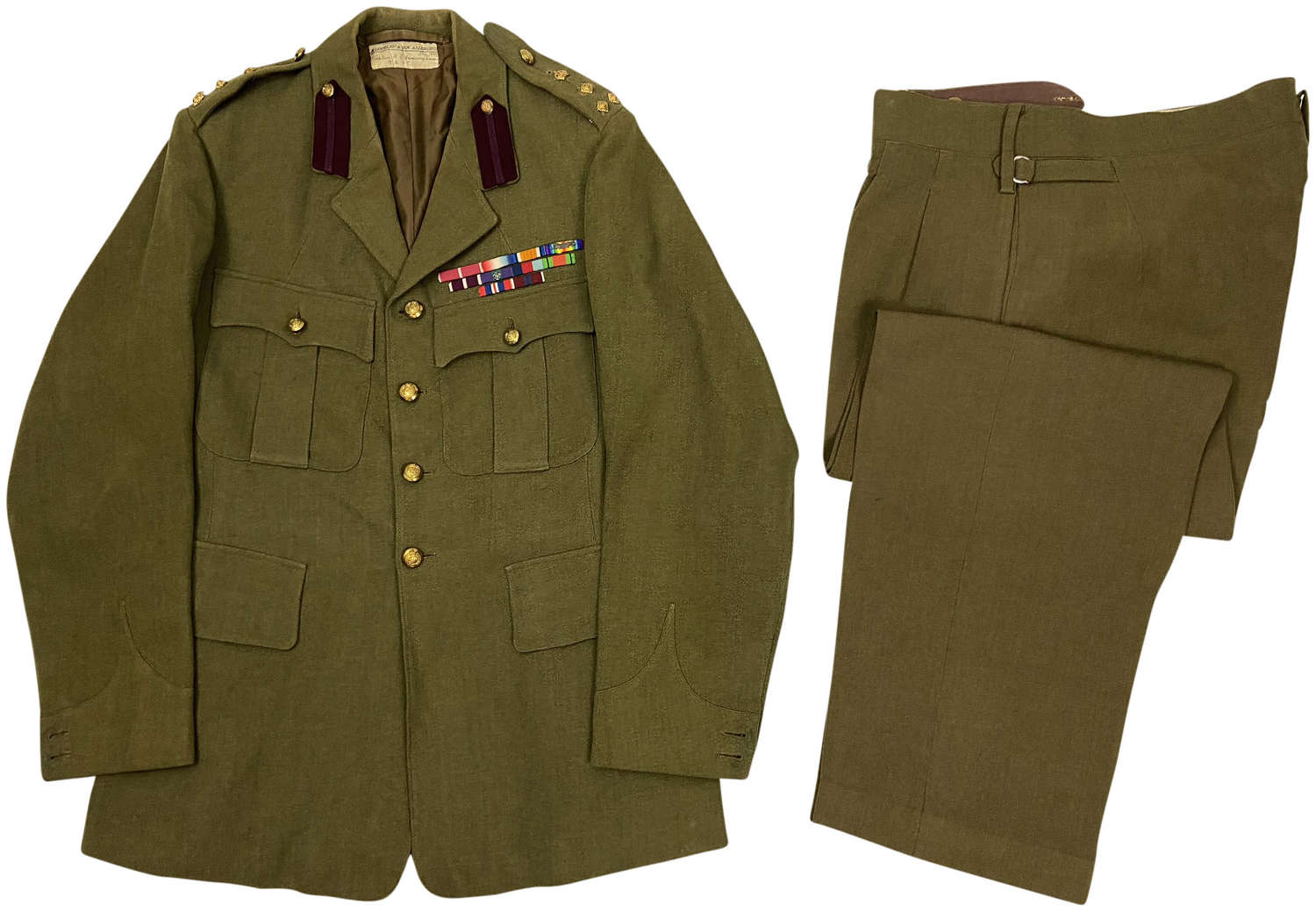 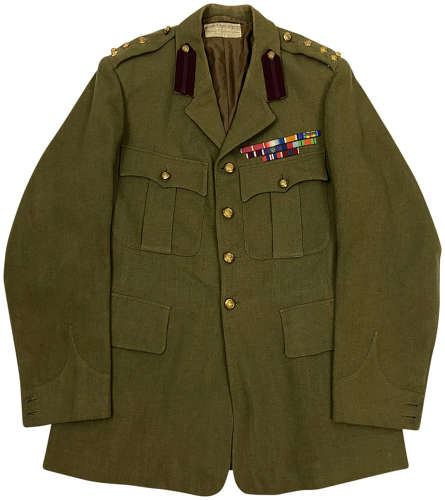 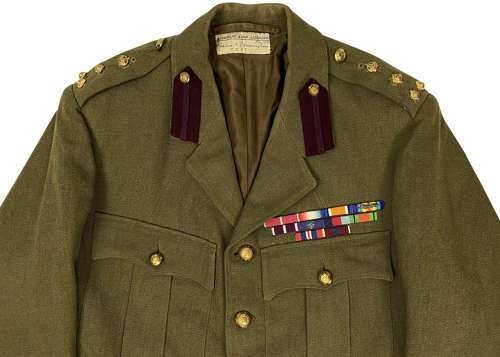 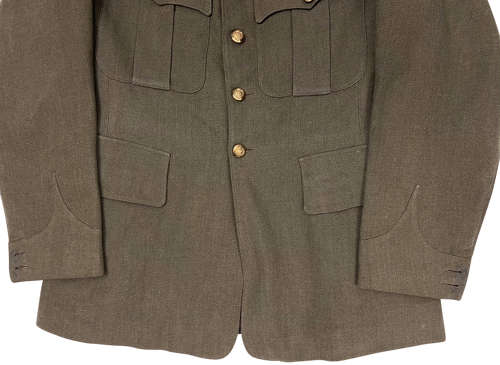 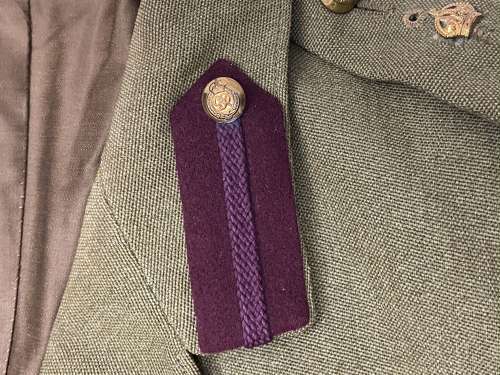 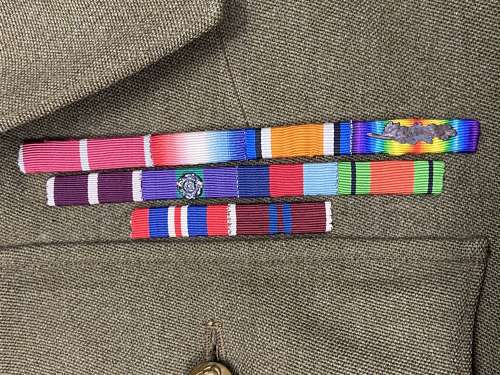 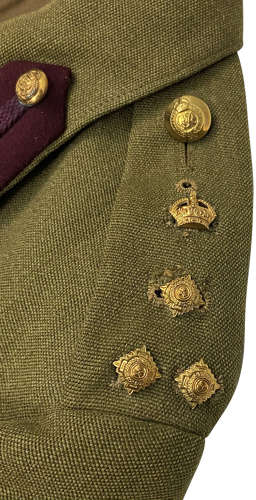 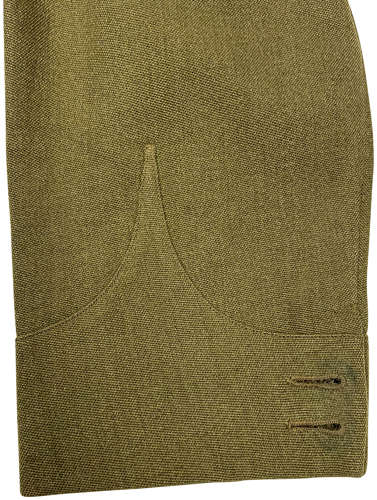 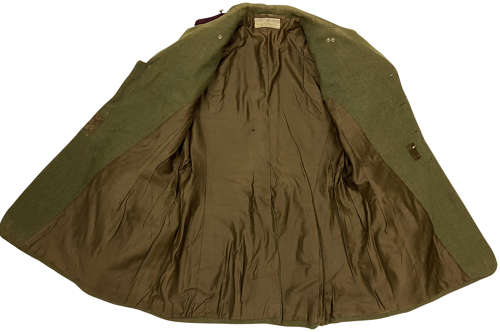 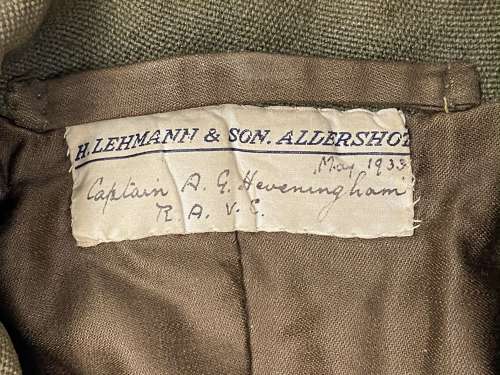 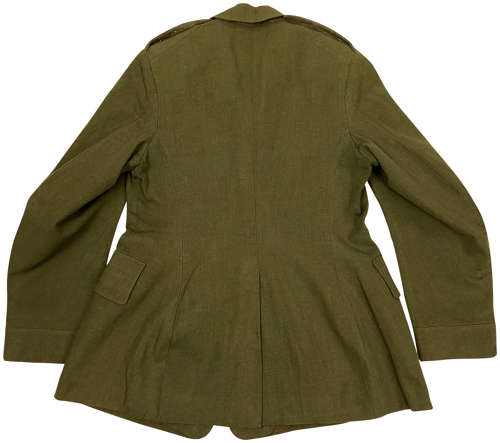 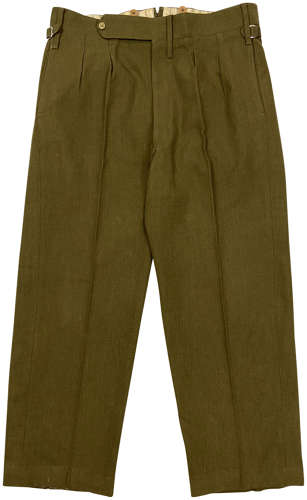 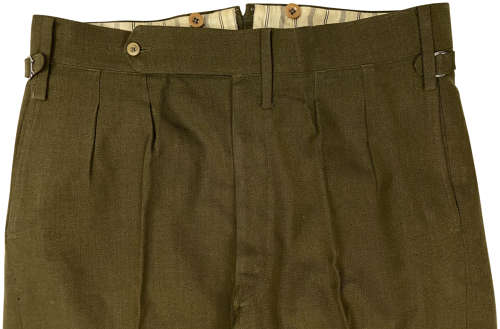 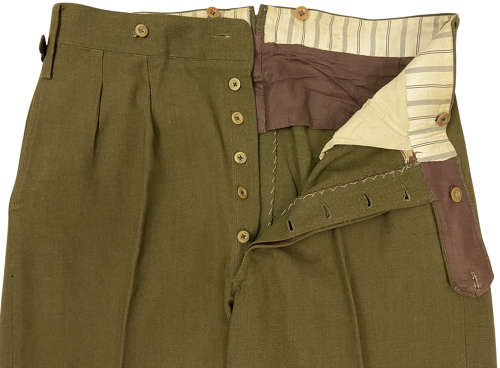 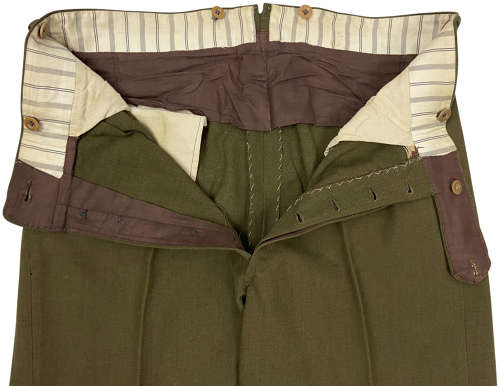 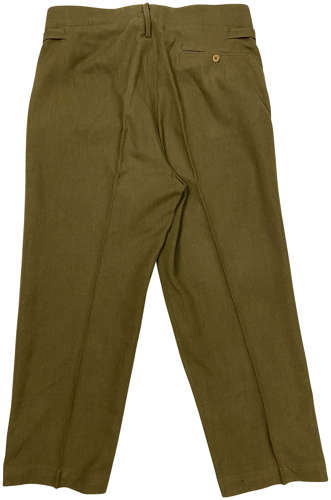 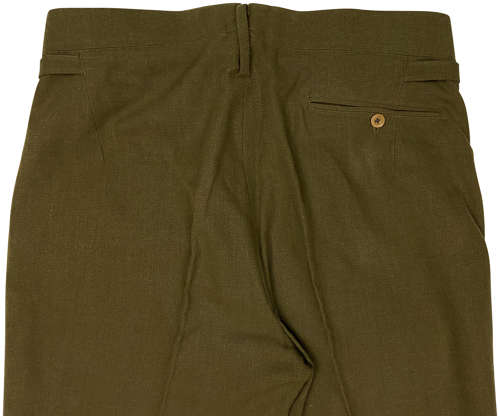 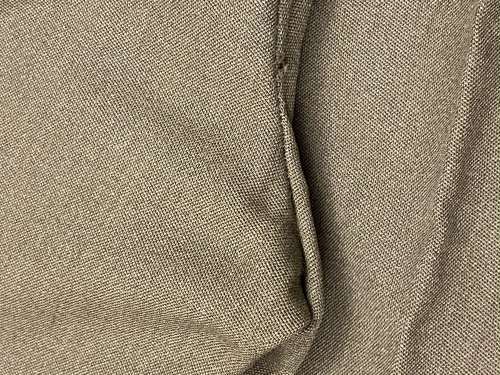 An original British Army Officers Service Dress named to A. G. Heveringham of the Royal Army Veterinary Corps and dated 1933.

Based on the medal ribbons and insignia it is clear that the original owner of this suit had a long and no doubt colorful military career. He served throughout the Great War from 1914 as can be seen by the Mons Star medal ribbon. He was also mentioned in dispatches during the 14-18 war. This uniform was made in 1933 whilst he was still a Captain (which he had been for some time as there is evidence of him holding this rank in Egypt in 1930, although he was still a Lieutenant in 1927). By 1939 he was serving with the Trans-Jordan Frontier Force and held the rank of Major. Based on his medal ribbons he did not serve overseas later in the war although it is not impossible he did in the early years. At some stage he reached the rank of Brigadier as can be seen from the insignia on the epaulettes.

The service dress features a four button front and would have been worn with a Sam Brown originally. The collar features RAVC coloured gorgets and brass brigaders insignia is present to the epaulettes. Under this is evidence of where previous ranks have been fitted although this has been done very neatly. The sleeves feature a fully functioning cuff which is always a sign of a well made suit. Sadly the buttons have been removed but replacements could be sourced. The jacket is fully lined and features its original tailors label to the neck which states the owners name as 'A. G. Heveringham R.A.V.C' and the date of May 1933.

The trousers are made from a matching cloth and are cut in a fashion typical of the period with a high rise waist and relatively wide leg. The front of the trousers fastens with buttons and waist adjusters are present to the hips. Slash pockets can be found in the side seams and a single rear pocket is present. Wide belt loops are also fitted to the waist.

Considering the suit was clearly used for many years it is still in very good condition with no signs of major wear or over use. There is a small hole to the seat of the trousers and some fraying to the cuff but overall the set displays well.

A nice original uniform which offers plenty of potential for further research.