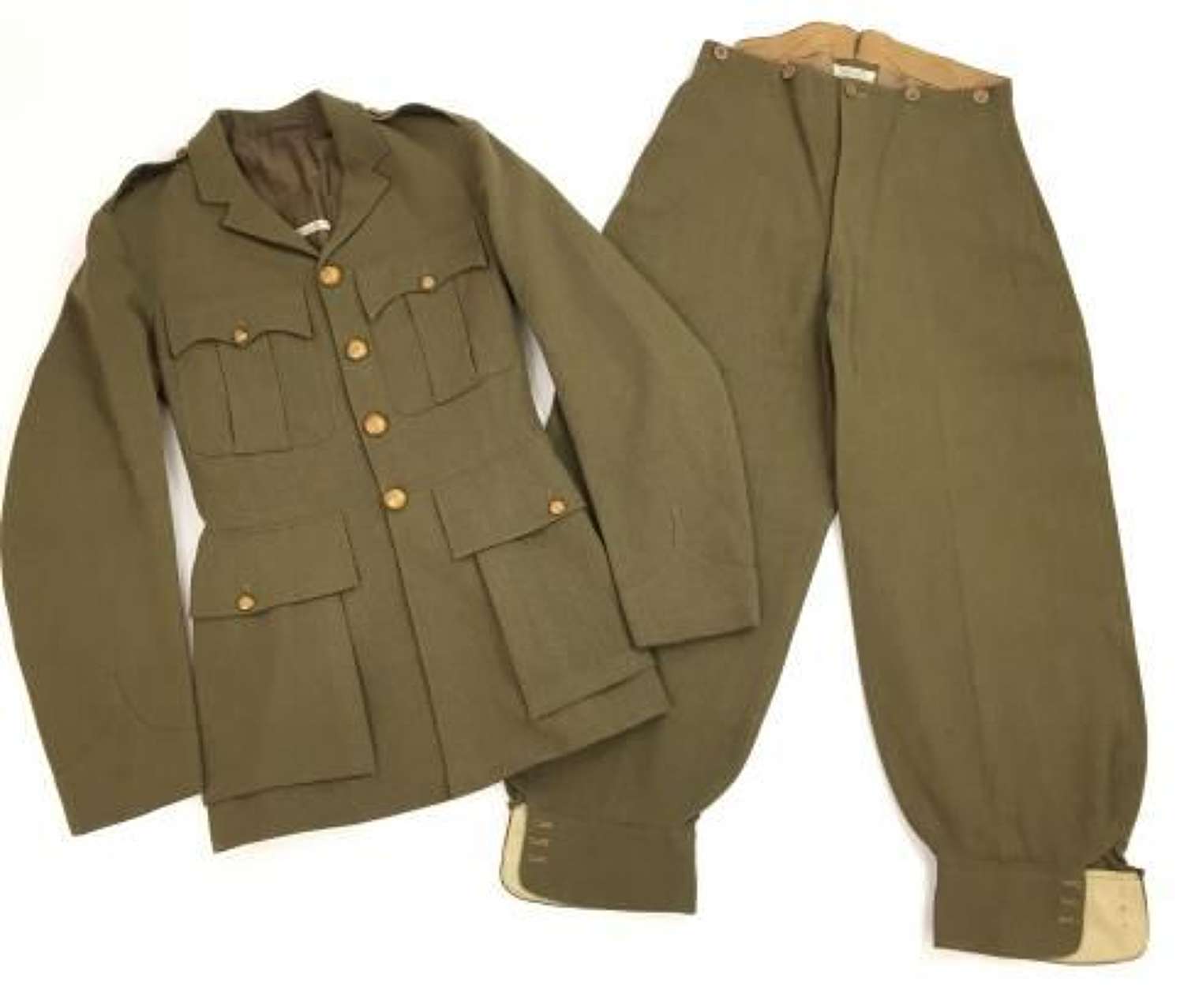 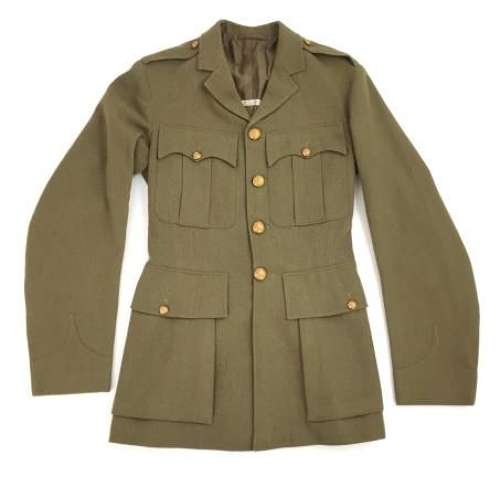 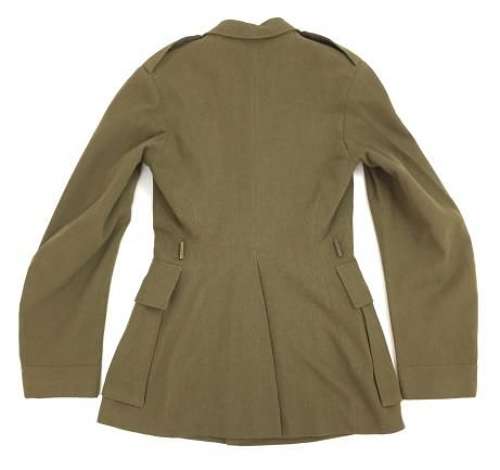 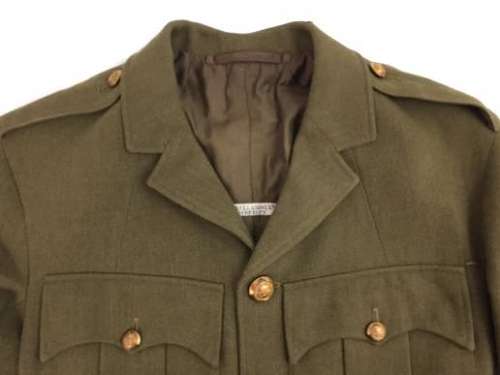 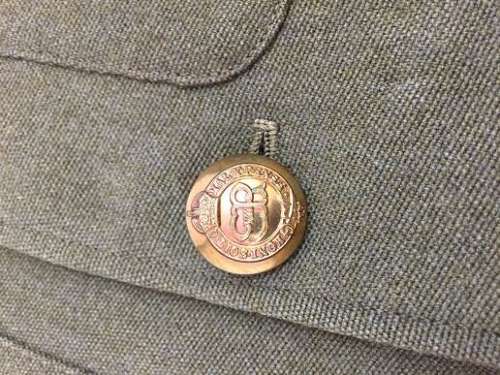 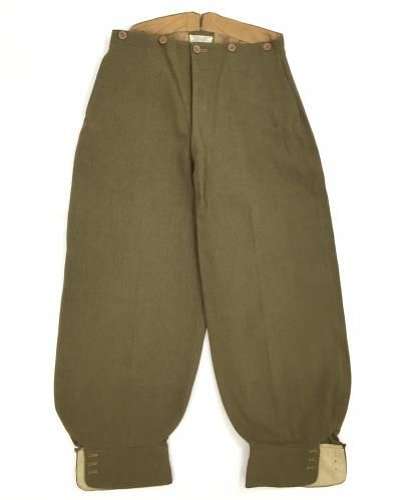 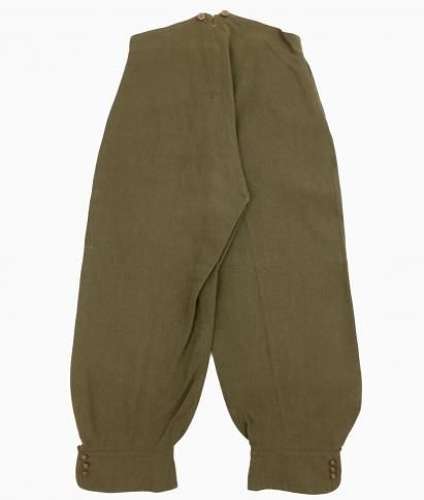 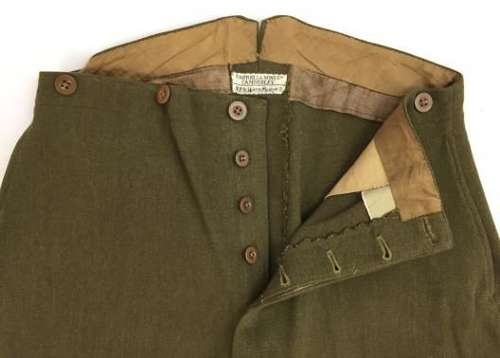 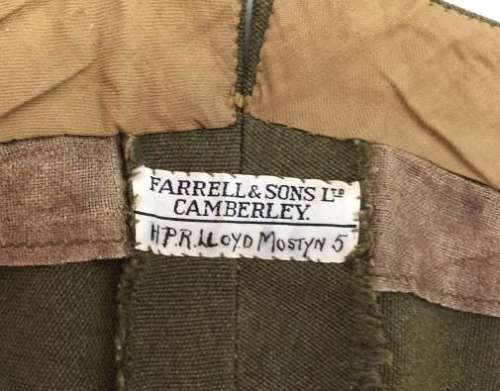 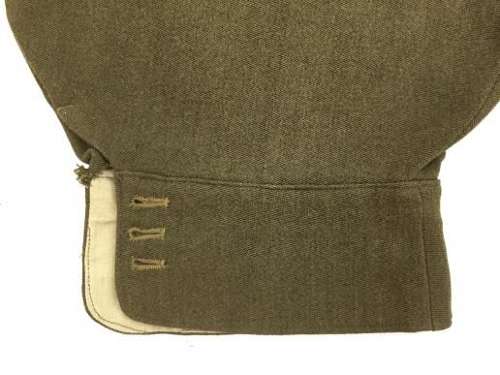 This uniform originally belonged to Henry Pyers Ronald Lloyd-Mostyn who was commissioned into the 15/19 Kings Royal Hussars during the late 1930s. He served as a Scout Carrier Commander with 5th Troop, A Squadron and saw action at the battle of Assche. He was a 2nd Lieutenant at this point and troop leader. He survived the action and made his way to Dunkirk on foot and reported for duty once there. Sadly on the 27th of May 1940 he was drowned whilst on his way back to England.

The uniform itself is typical of the 1930s. The jacket features pleated chest pockets, lower bellows pockets, cavalry cuff and epaulettes. It features brass Edward VIII Buttons which help date the uniform specifically to 1936. The knickerbockers were a popular choice for officers during the inter-war years but fell out of fashion very early in the Second World War. They feature buttons for braces around the top of the trousers as well as a button fly and buttons to the bottom of the leg to secure them around the leg.

Both the jacket and trousers bare the same label so are undoubtedly a set. The bottom half of the label is missing from the jacket but luckily the complete label has survived in the trousers. It states the maker as ‘Farrel & Sons Ltd’ of Camberley and the original owners name ‘H.P.R Lloyd-Mostyn’ has been added below in ink. Interestingly, the uniform does not appear to have had any collar badges or shoulder badges fitted to it during it life.

The condition of the set is extremely good and its displays very well indeed. It shows next to no signs of wear and the only damage I can find is a very small hole to the seat which is shown in the photographs.

Altogether a stunning uniform which some incredible BEF history!