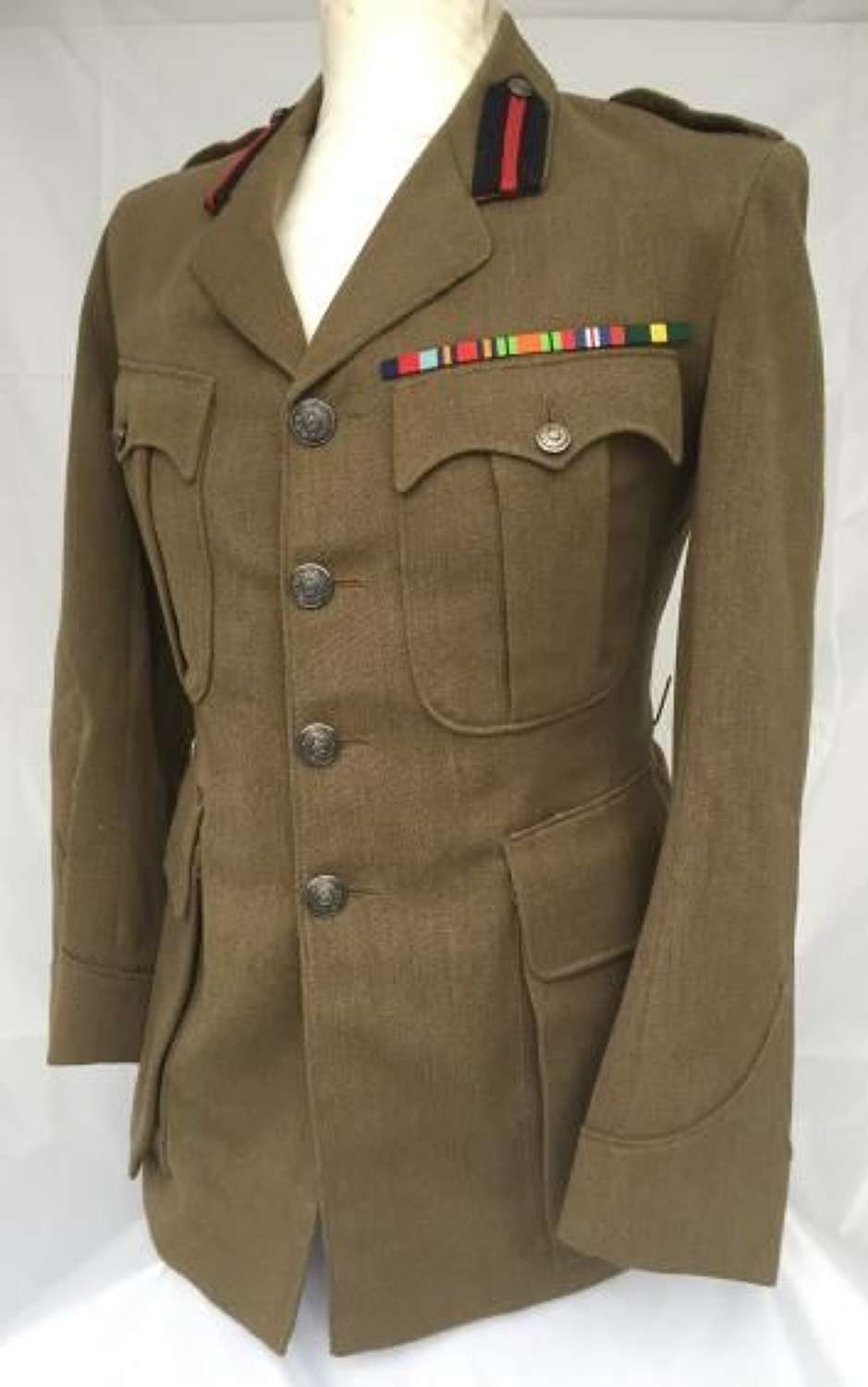 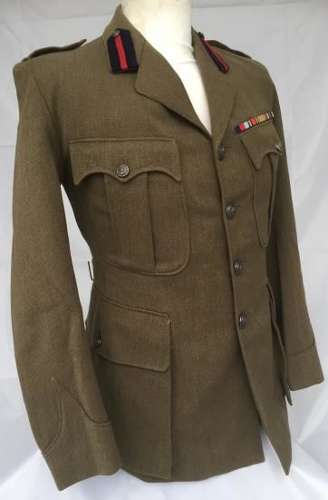 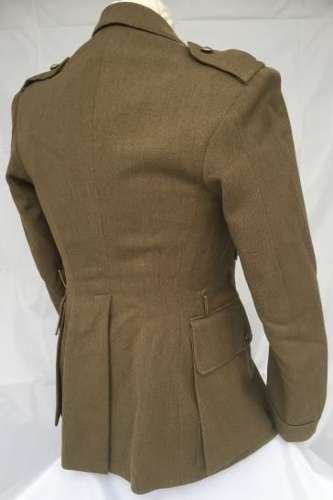 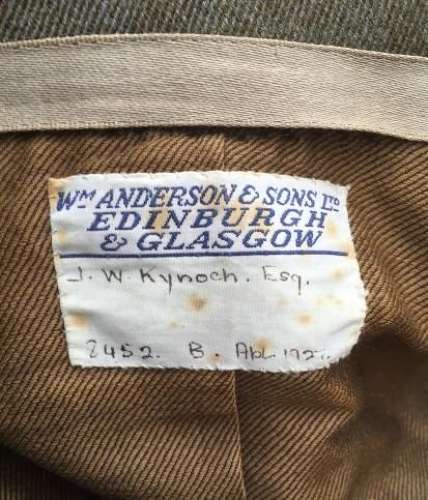 John Wheen Kynoch of Isla Bank, Keith was first commissioned into the 6th (Volunteer) Battalion of the Gordon Highlanders on the 5th of January 1898 as a Second Lieutenant. It was to be the beginning of a long career for 2nd Lt Kynoch!

In 1917 he was made a temporary Captain in a Volunteer Training Corps Battalion, possibly due to a reserved occupation. He was then appointed Deputy Lieutenant of Bannifshire in February 1927 and clearly had this tunic made for his new role.

As well as this, J. W. Kynoch was also knighted in 1939 and served throughout the Second World War as can be seen by the medal ribbons displayed on the chest of the jacket.

The jacket itself is in fantastic condition. Made from a heavy whipcord as was popular during the Great War and the 1920s, this jacket really exudes quality. Tailored by WM Anderson & Sons of Edinburgh and Glasgow the jacket features a long skirt and narrow shoulder displacement which is typical of early Service Dress tunics.

The tunic features two black gorgets with a red central stripe and a Deputy Lieutenants button on each. All of the other buttons on the tunic are also the correct pattern for Deputy Lieutenant.

A very rare tunic that is not often seen on the market in A1 condition which is clearly dated 1927.