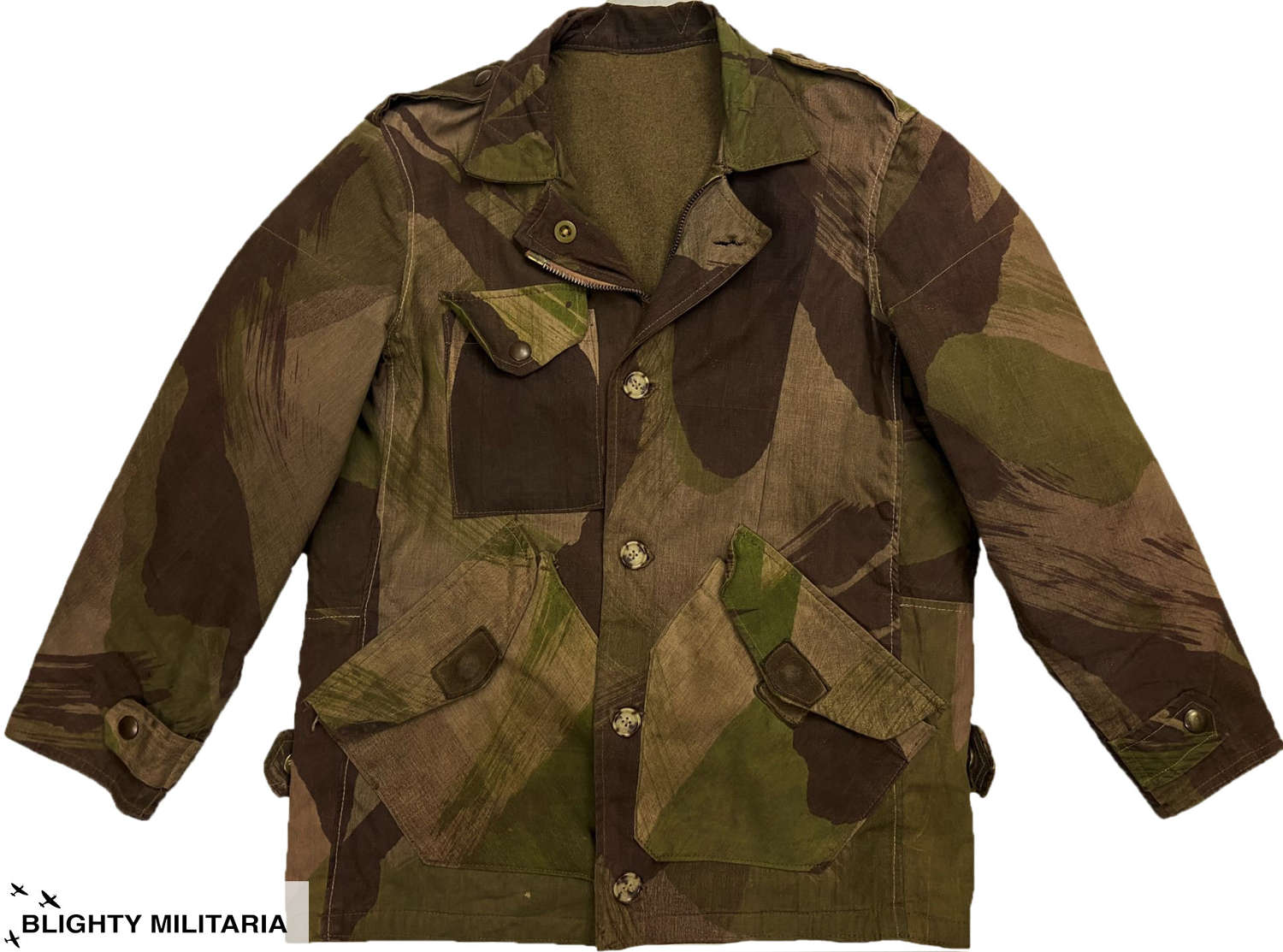 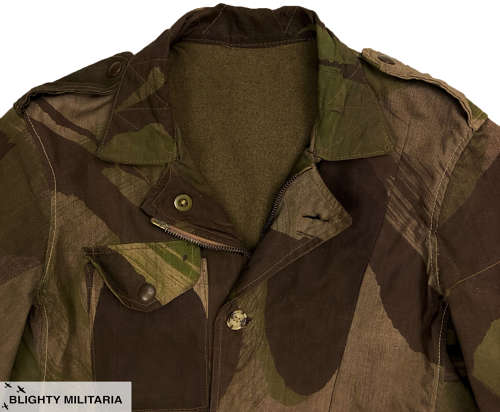 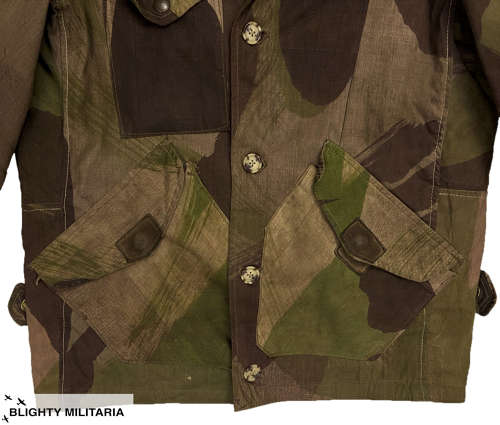 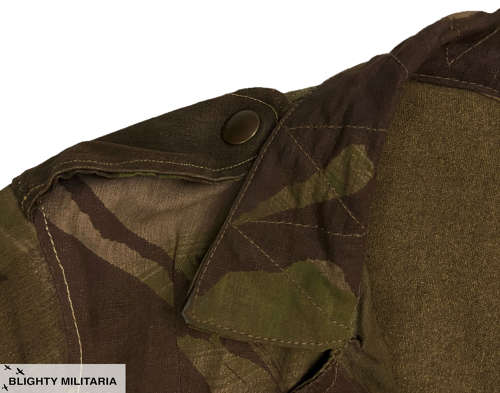 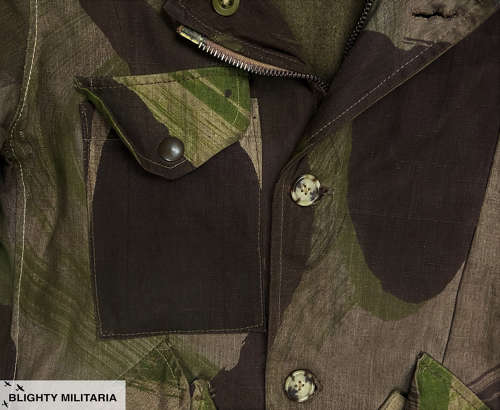 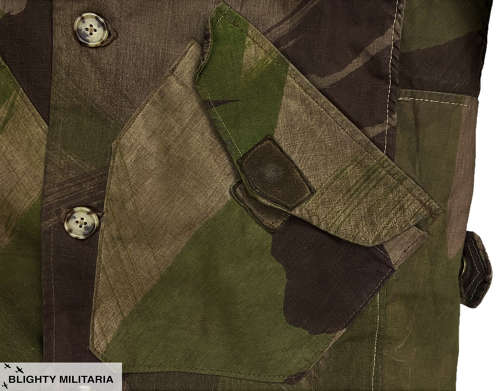 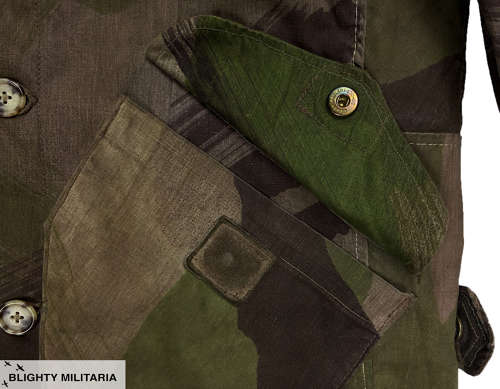 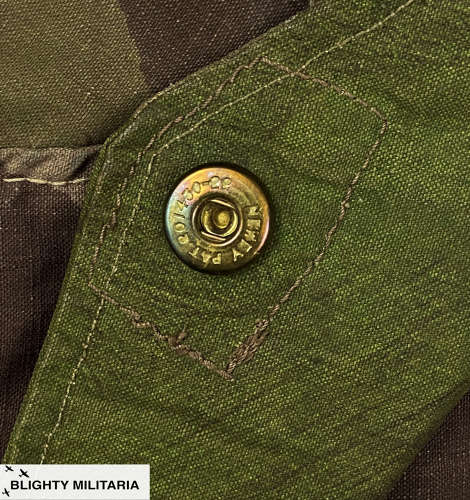 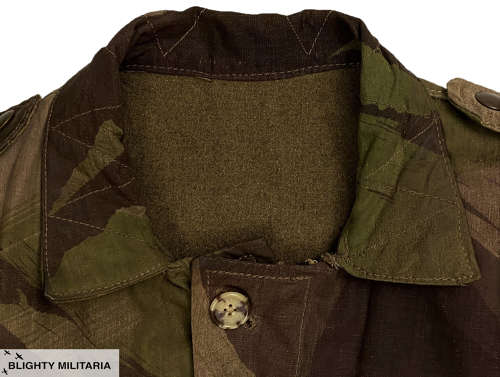 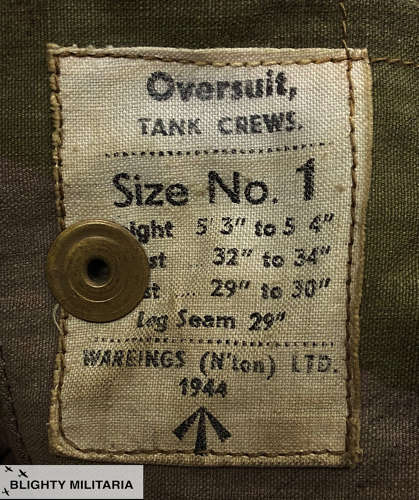 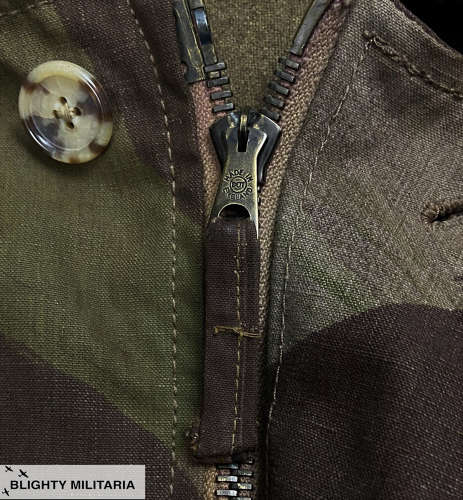 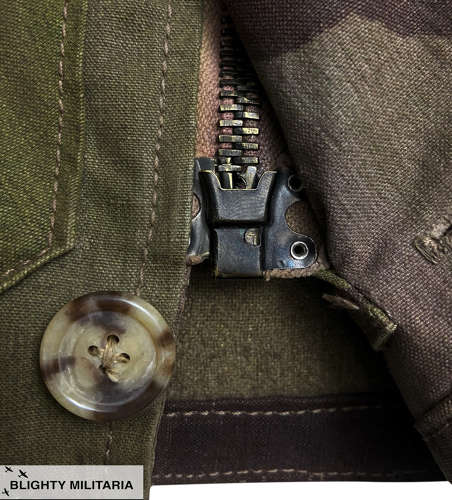 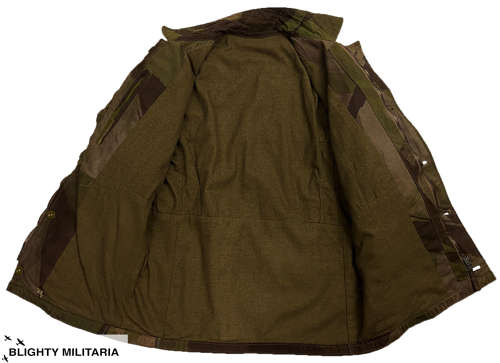 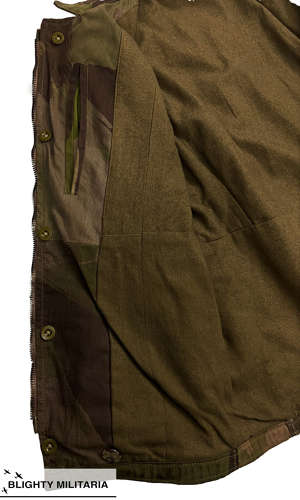 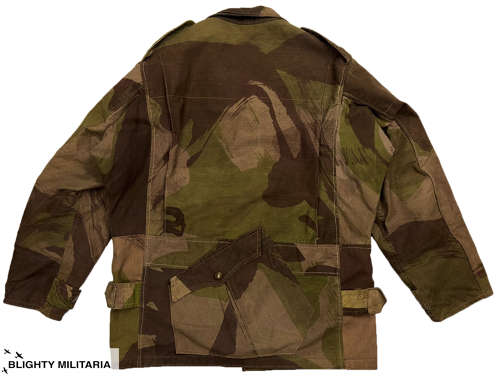 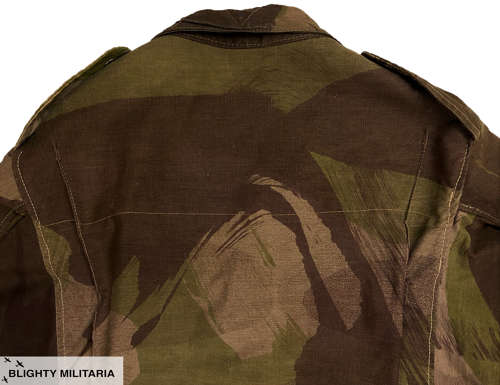 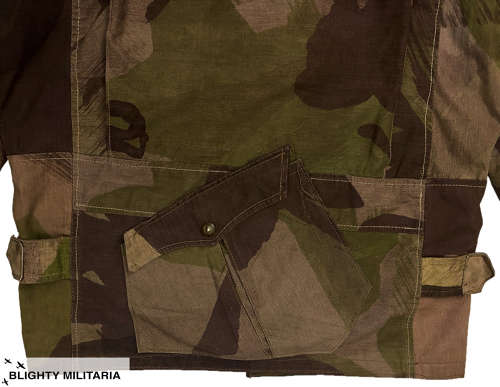 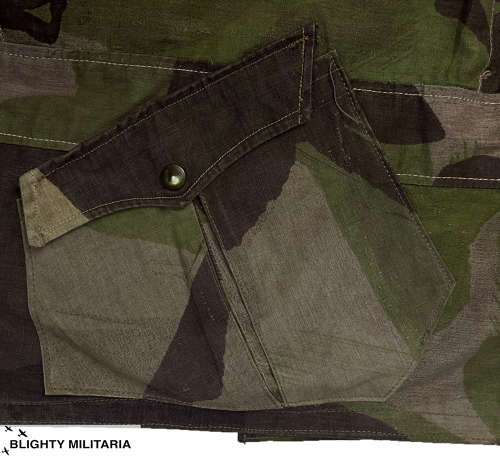 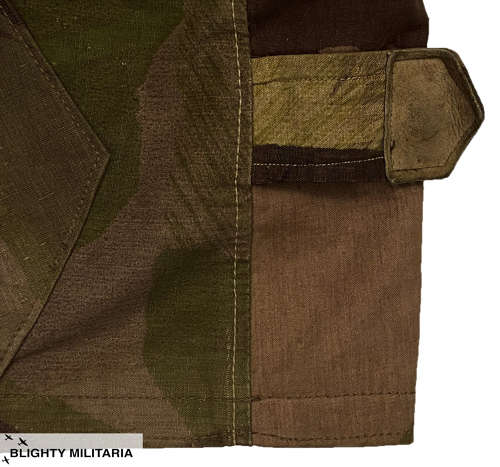 This is a truly incredible jacket which started life as a 1944 dated British Army Camouflage tank suit before being re-tailored into a jacket. Who this was done for and why is unclear, but it is undoubtedly an amazing jacket which has been extremely well made.

The jacket has been cleverly re-tailored and shares some design attributes with the American M41 jacket, including the length. It is longer than a blouson or cyclists jacket and quite close fitted in the body. In common with the M41 is the construction at the rear of the jacket. It features a half belt, action back and waist adjusters. This is testament to the thorough and high quality alteration.

The front of the jacket fastens with a 'D.O.T' branded zipper which features a large metal buckle to the bottom. This is almost certainly a shortened zip out of the original tank suit and has been fitted with a puller made from the same camouflage fabric as the rest of the suit. There is a fly which covers the main zip which fastens with buttons which is yet another addition to the original tank suit. The collar has also been replaced with a scratch made example fitted which features an excellent stitching detail.

A single patch pocket has been fitted to the chest and two larger pockets are fitted to the lower portion. These all fasten with brass 'Newey' branded press studs, some of which have had a patch of chamois leather added over the top - a curious detail.  The sleeves are the originals from the suit and still retain the tabs at the end of each cuff. The original label is also still present inside and is bright and legible. It bears the title of 'Oversuit, Tank Crews' and the size of 1. The maker's name of 'Wareings' is also present, as is the 1944 date and the War Department broad arrow marking.

The jacket is in very good condition but has clearly been used with some dark, grubby marks which are often found on this type of material around the cuff. This shows that the jacket saw a reasonable amount of use at some point in its life but it still displays very well and is totally wearable.

A truly incredible converted jacket which I am very pleased to be the custodian of, even if only for a short time!