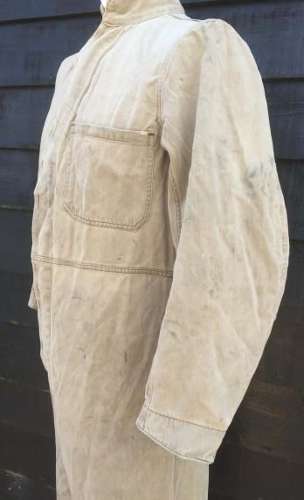 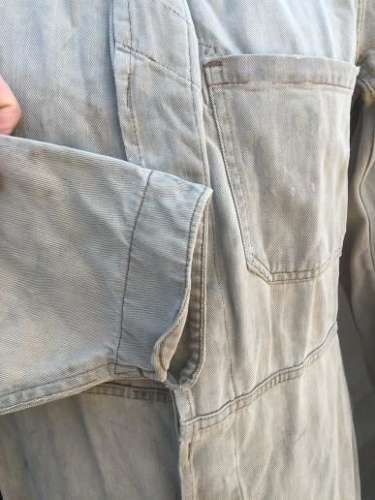 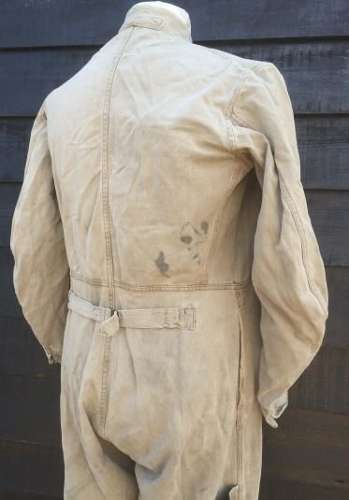 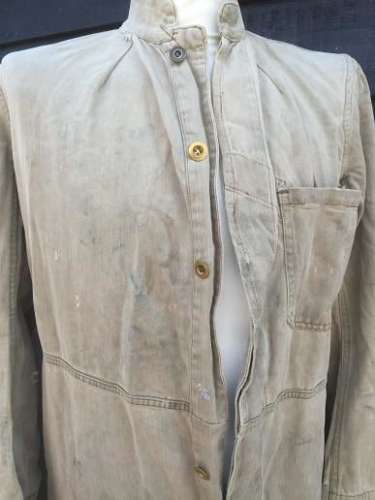 SOLD
This is an extremely rare set of the combination overalls used by the British Army during the 1930s and into the start of the Second World War.

This early style of overalls were issued to soldiers who were involved with most types of moterised vehicles. They are commonly seen being worn by men of armored regiments as well as soldiers in the MT section of other units.

The overalls are in good condition for their age but have obviously been well worn at some point in their live. It is my believe that they were issued pre-war and used during the second world war. This is based on the array of buttons used as replacements which include a Canadian button and an Indian button.

These overalls have a number of interesting features, unique to this Pre-War pattern. The stand collar is an obvious feature, as is the back belt which has a brass buckle which is stamped 'solide'. There is also one chest pocket, a spanner pocket on one leg and two slash pockets to the hips. There is also a nice detail on the cuff which is common to these Pre-War suits.

This overall features brass buttons, typical of an early manufacture piece. As previously mentioned some have been changed but clearly during the war as all buttons are contemporary to that period. There is one brass button missing which is in the top pocket.

A very rare set of overalls in good original condition.