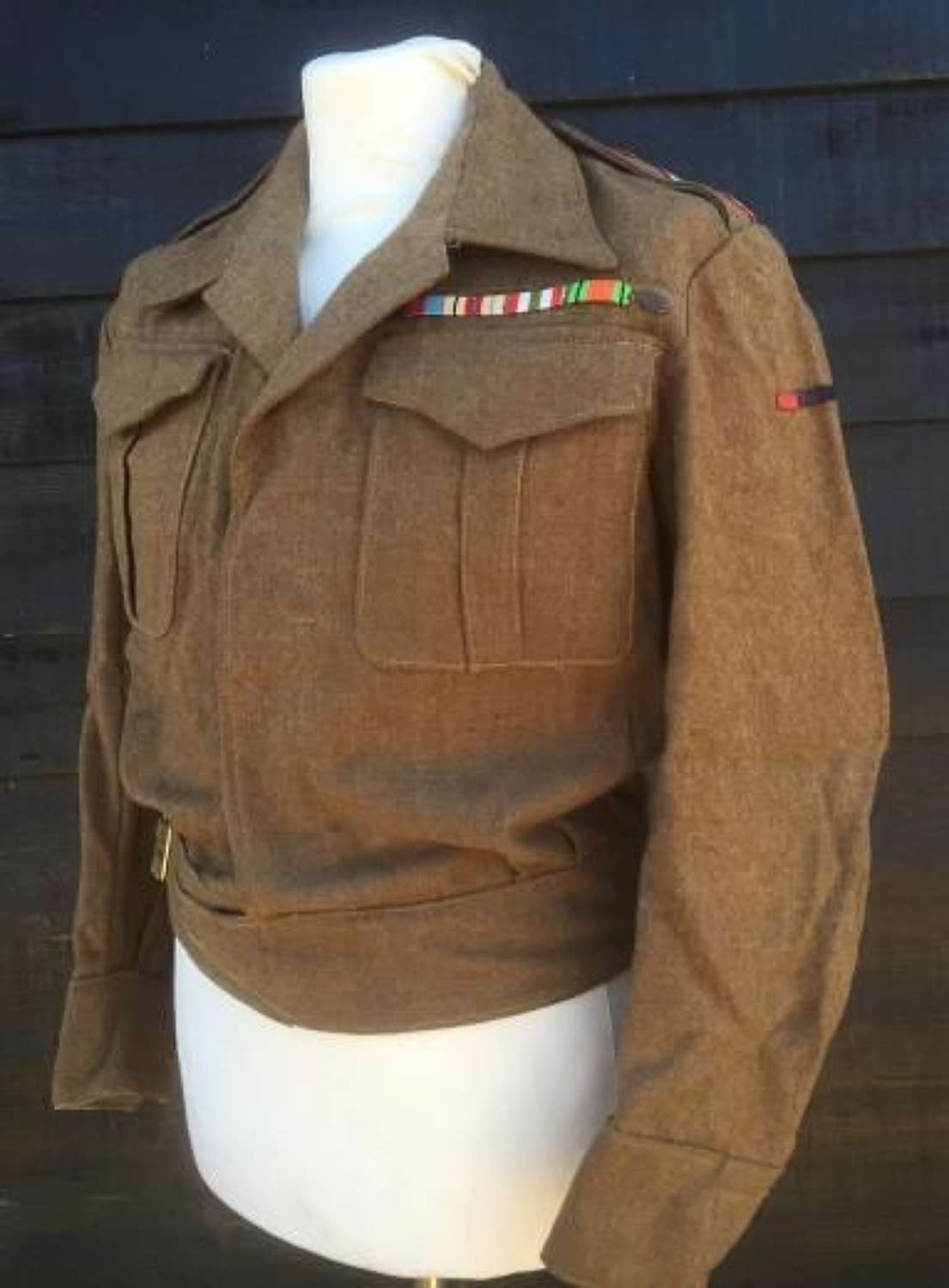 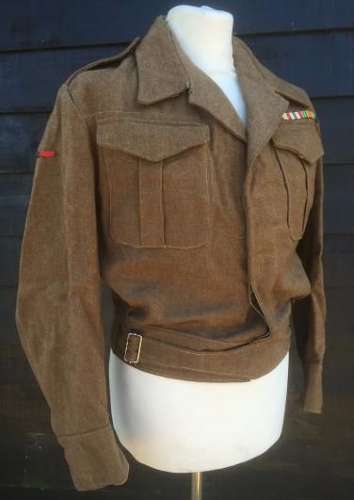 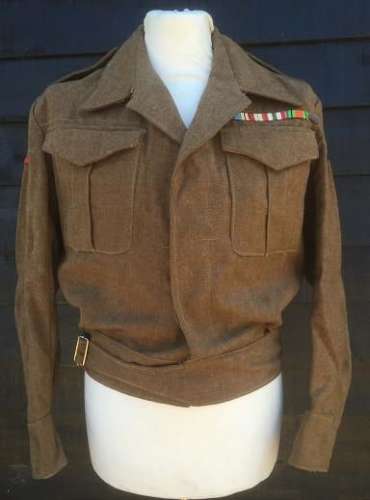 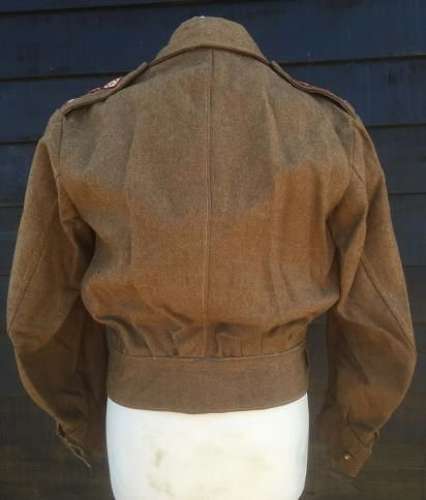 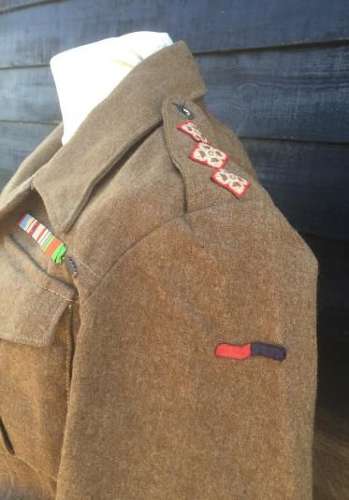 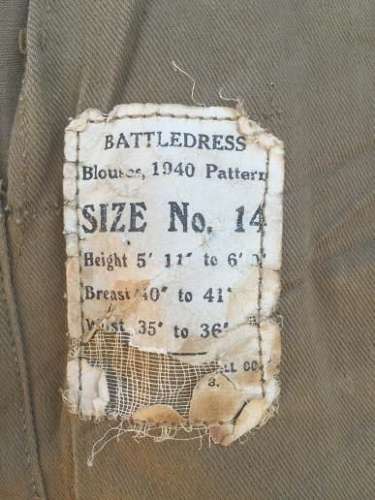 The blouse has been tailored from a standard 1937 pattern blouse as was extremely common with Officers during the Second World War. A matching piece of serge material has been used to 'face' the front of the jacket as it would have been worn open with a shirt and tie.

On the epaulets are three officers red back pips and there is a silk arm of service strip to each arm. Interestingly, Captain Gorr has also changed the original epaulet buttons for silver coloured examples.

The blouse also still has its medal ribbons attached which are as follows: 1939-1945 Star, The Africa Star with 1st Army silver numeral, The Italy Star and The Defense Medal. There is also an oak leave to the right of the medal ribbons.

The label is still present but sadly not complete. As can be seen in the photograph, the Blouse is marked at a size 14 which is not only a good size but one of the least common sizes to see. It is also the early paper style label which is always sort after.

The blouse features the wire waist buckle, another feature of early war made battledress.

A nice early BD which has been nicely tailored and badged in a good size No.14.