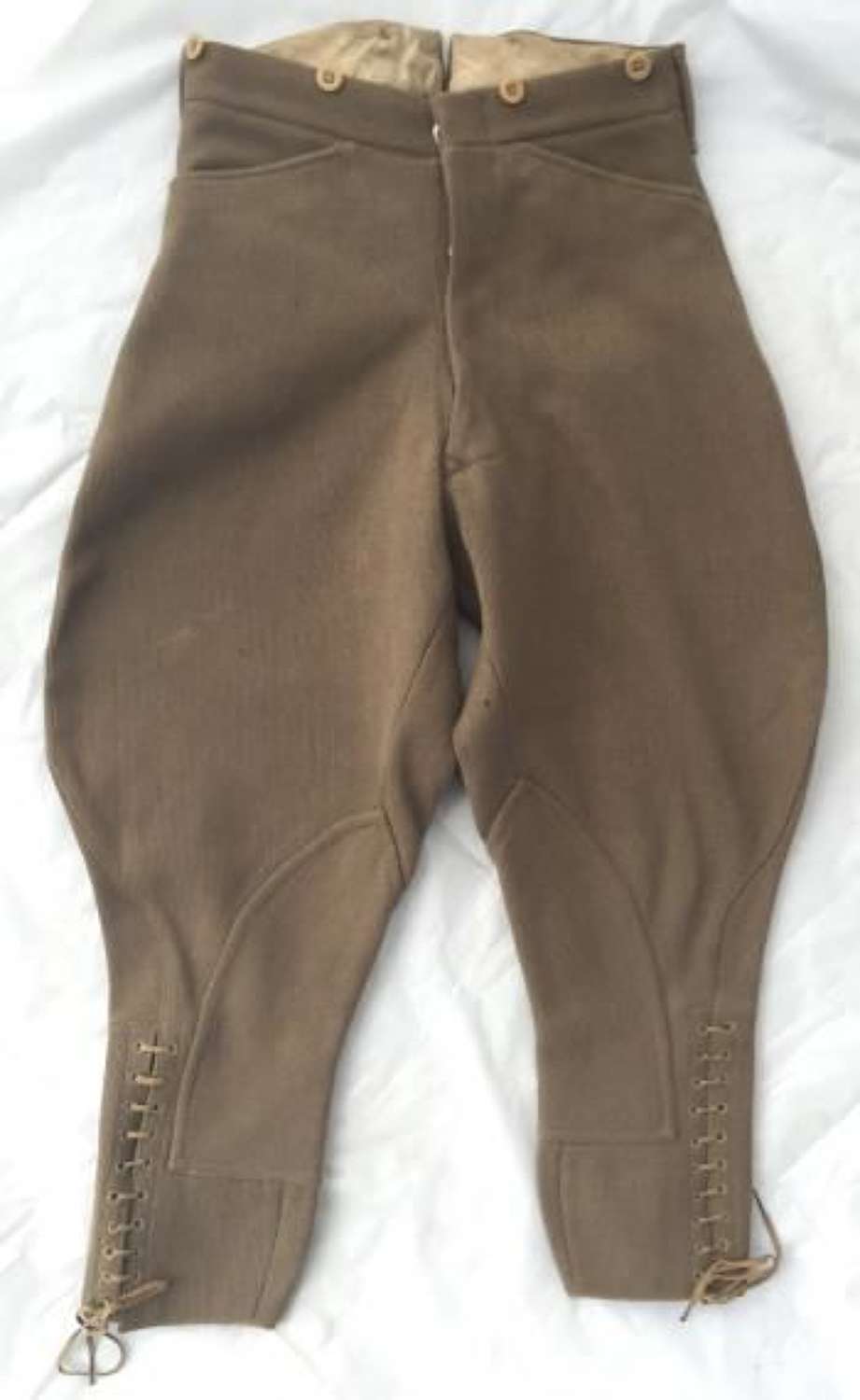 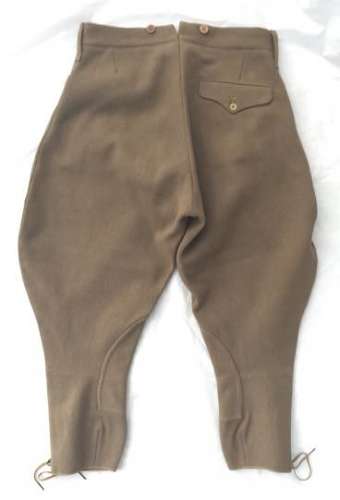 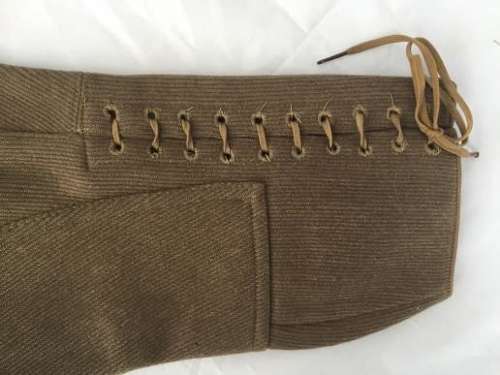 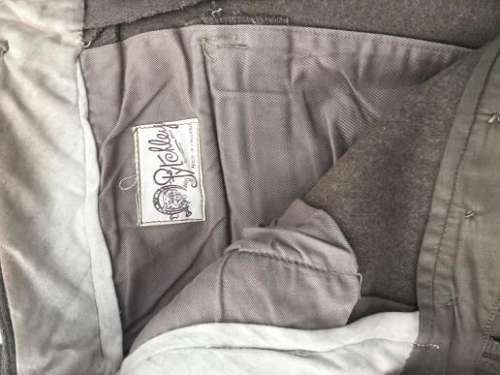 SOLD
A nice pair of khaki whipcord 1930s British Breeches made by 'Pytchley' as worn by British Army Officers in both World Wars.

This shade of khaki became popular during the Great War as an alternative to the lighter tan khaki shade which was prevalent pre-war as It was less conspicuous on the battlefield.

These breeches are made from a heavy whipcord fabric and feature a cotton lining, horn fly buttons and brace buttons, a rear pocket and belt loops. As well as this the breeches also retain their original calve laces.

The breeches are in very good condition and appear to be unworn. There is the odd small moth nip here and there but this doesn't detract from the way the display.

All in all, a nice pair of early breeches ideal for the collector and re-enactor alike!