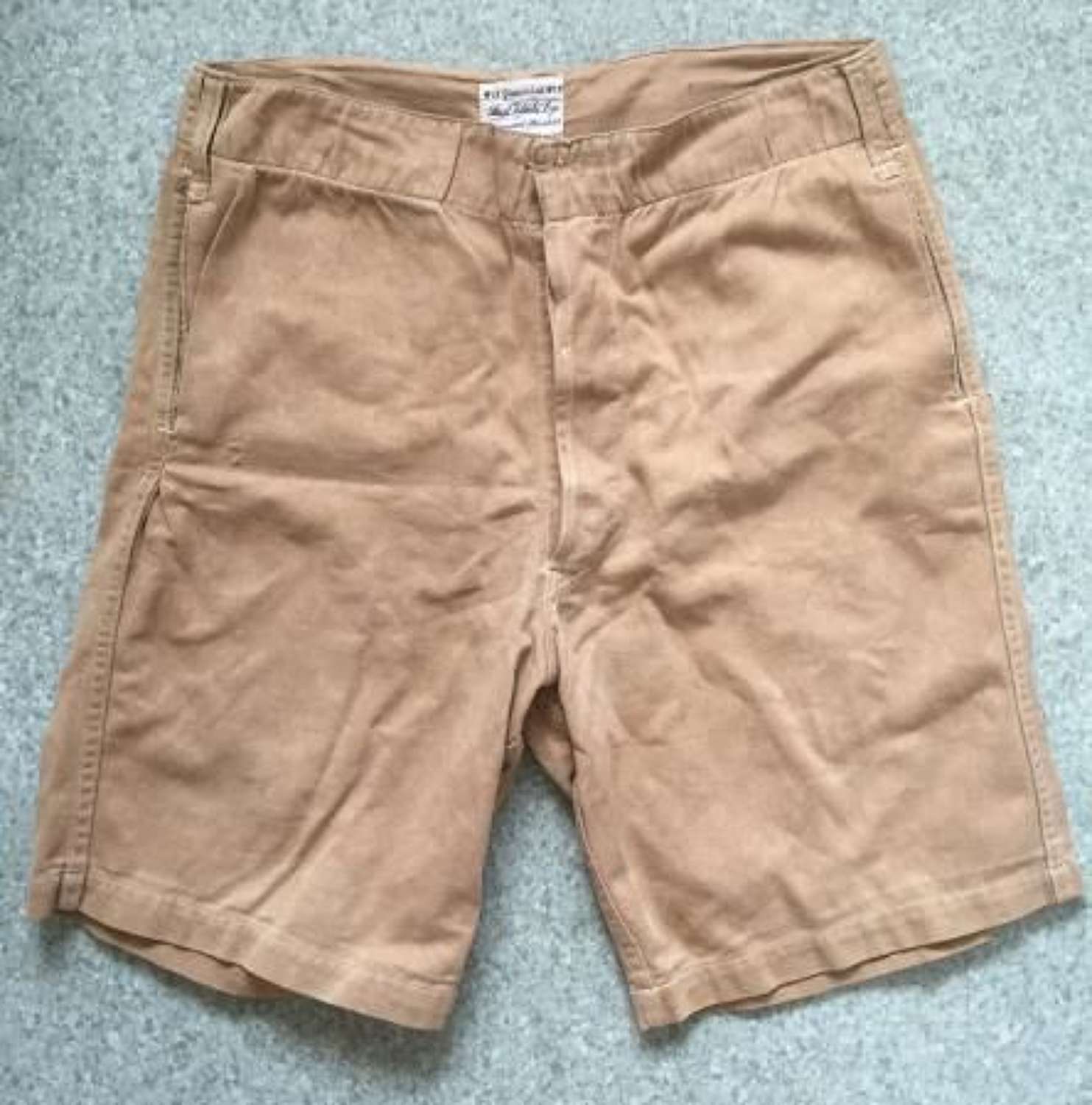 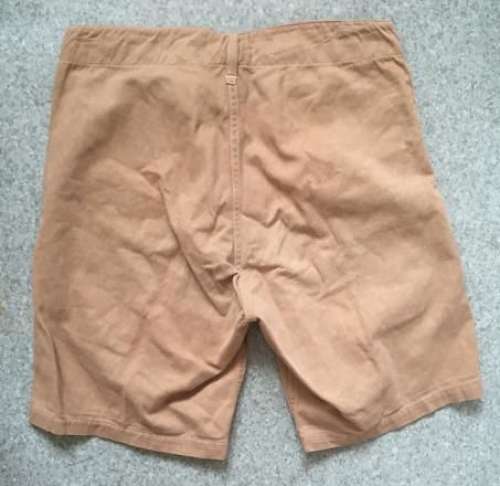 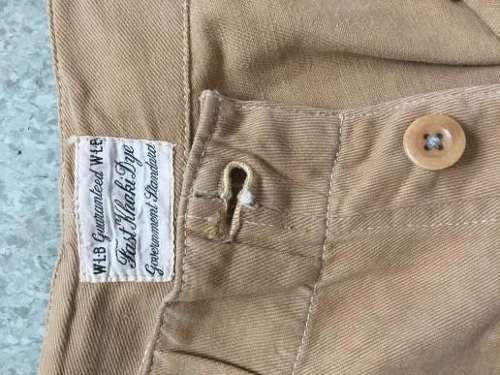 A fine example of British Army khaki drill shorts which have been privately purchased.

KD comes in so many varieties due to the wide range of manufactures during the war, and private purchase examples such as this are also quite common, although almost always different!

I would date these shorts as 1930s or early Second World War at the latest based on the label, buttons and khaki drill cotton used to make them.

The material itself appears to be heavier and looks more robust than the more common Indian or British issue examples.