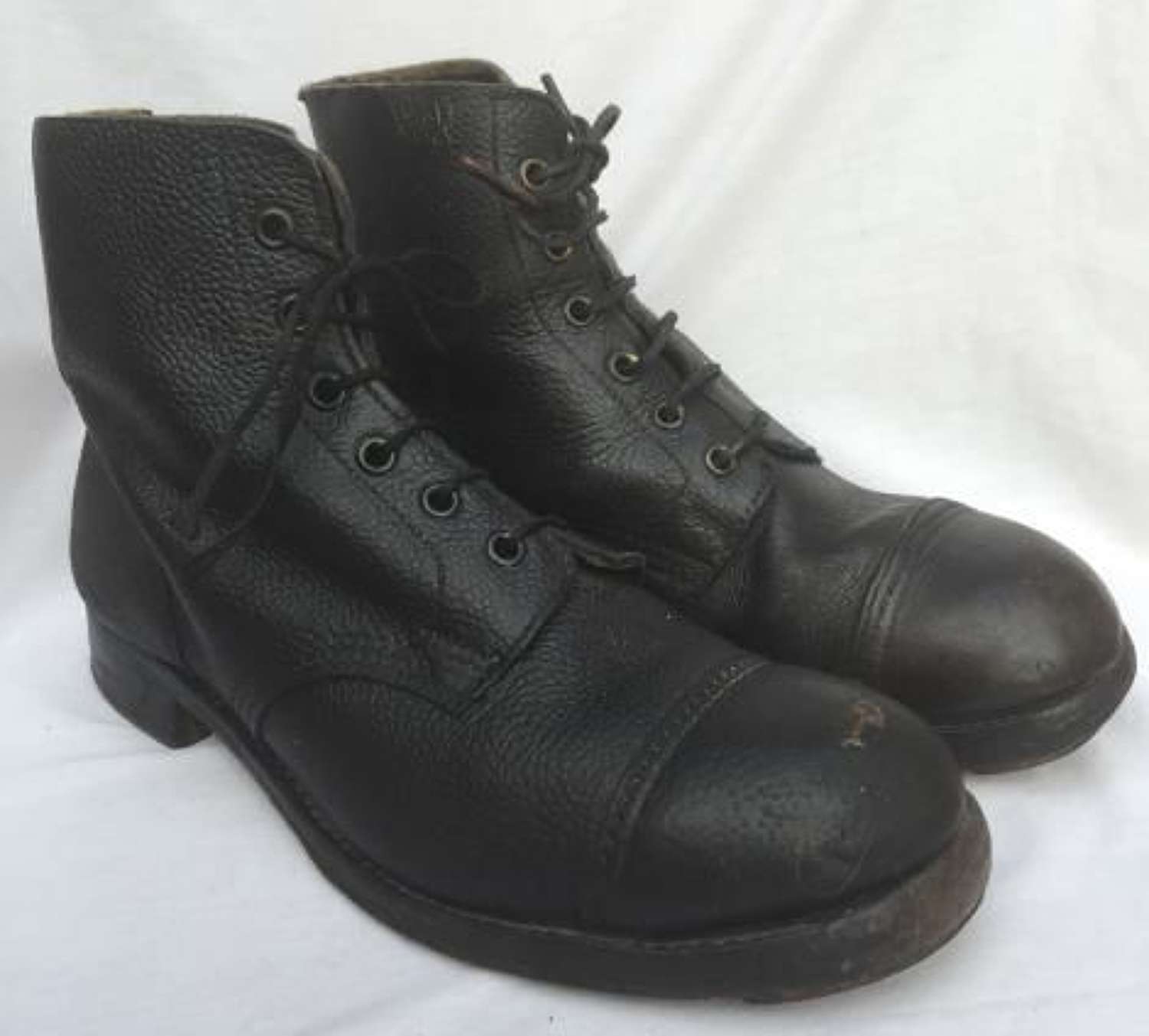 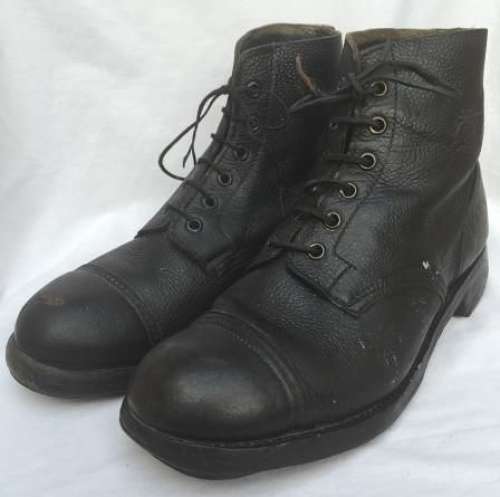 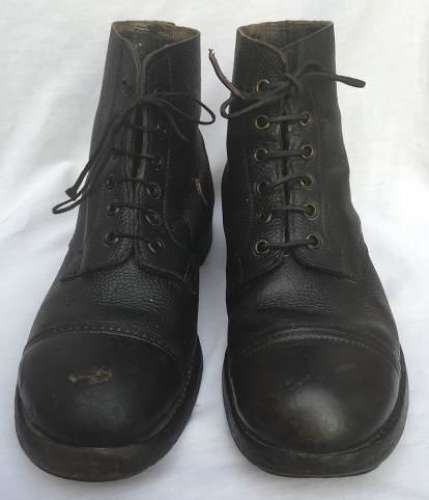 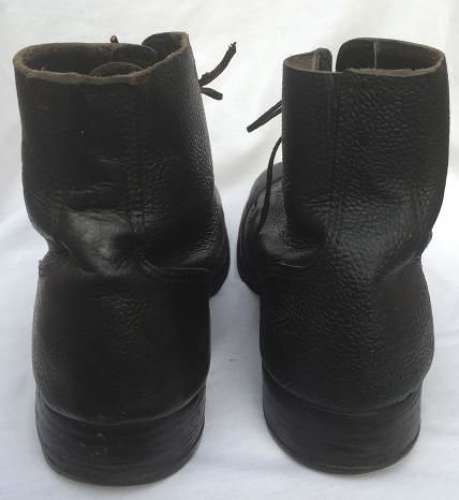 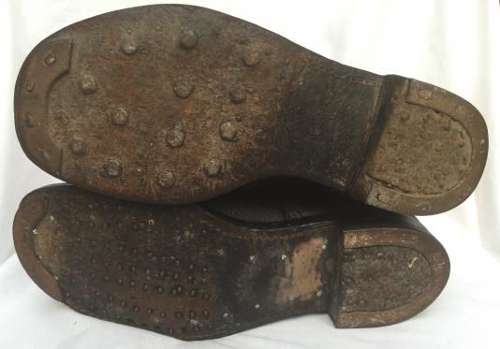 SOLD
A pair of black leather ammunition or 'ammo' boots as used by the British Army from 1936 onwards.

This pattern was the standard issue boot used by he British Army throughout the Second World War and for many years post war.

These boots feature a leather hob-nailed sole, a black pebbled leather upper and toe cap as well as a War Department WD stamp and arrow to the top of one of the boots.

These boots are not a perfect matched pair, one boot is marked as a size 6L and the other a 6M. They have however clearly been together for many years and display well together. One boot is dated 1951, the other is unclear.

Both boots are in good condition and appear to be strong and wearable.

Ideal for a display or potentially a reenactor.