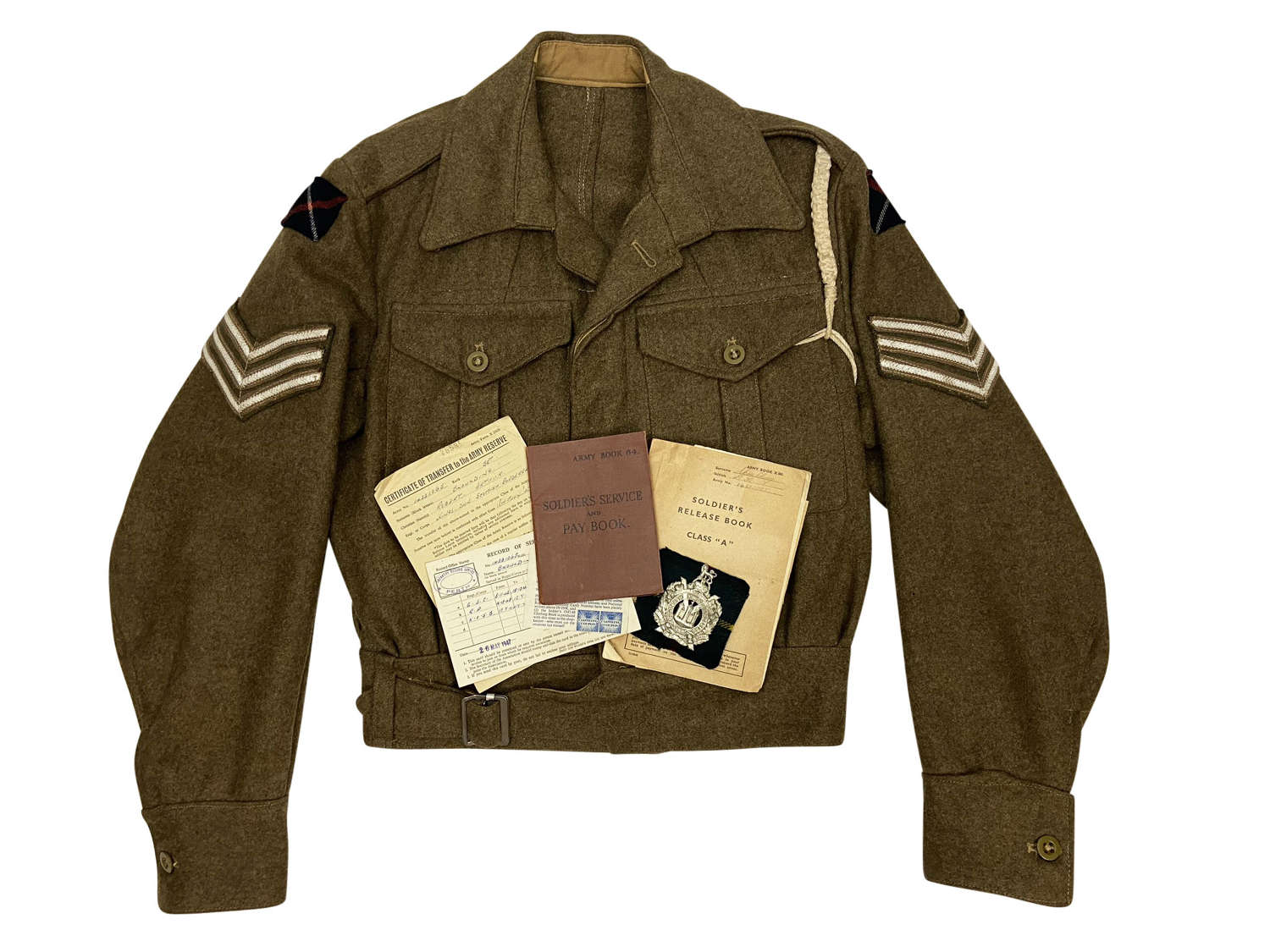 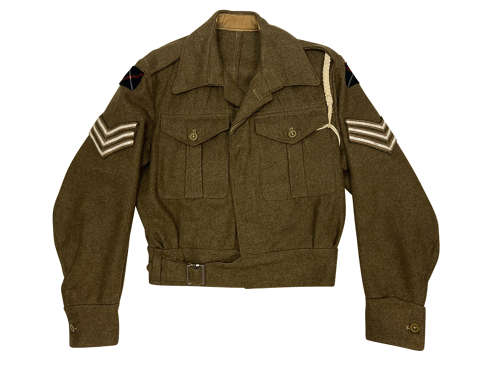 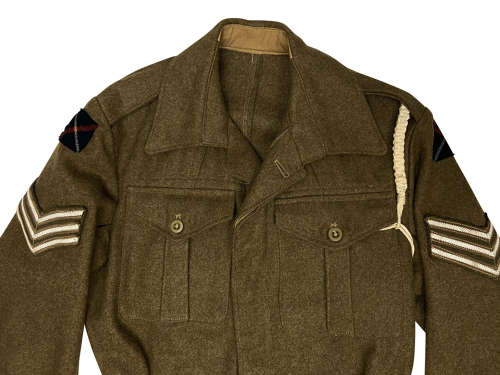 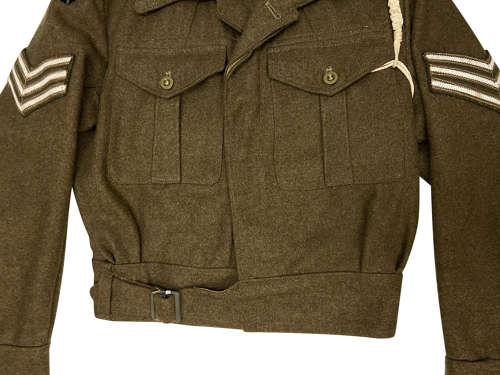 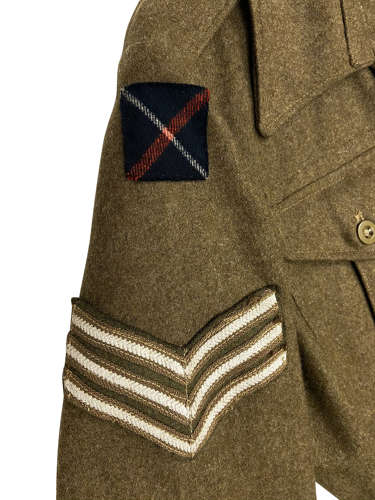 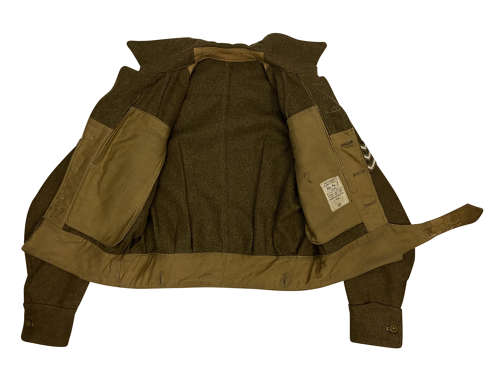 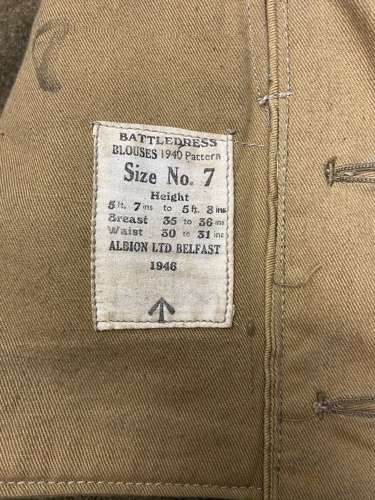 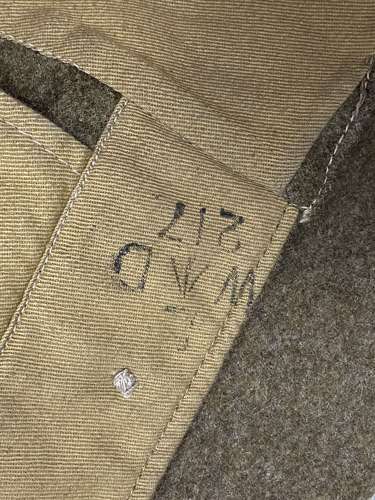 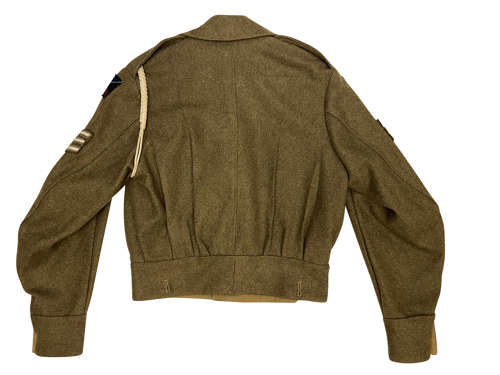 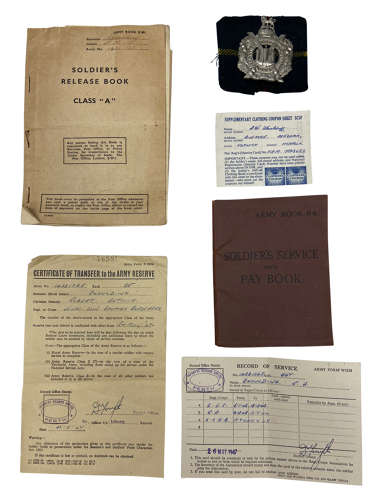 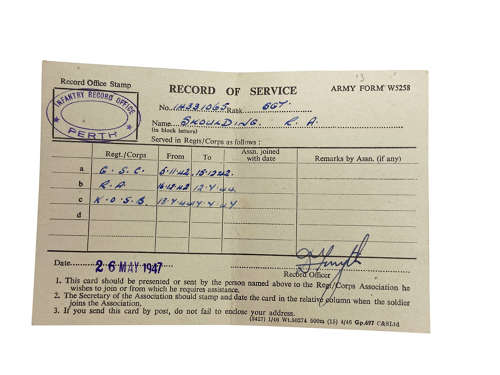 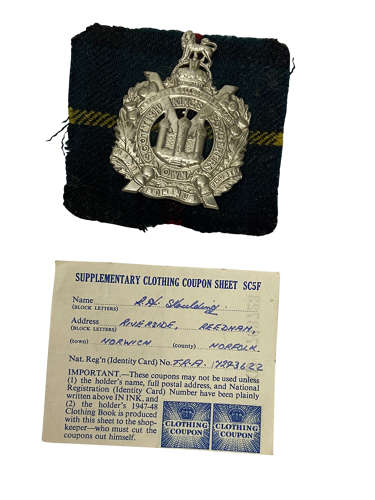 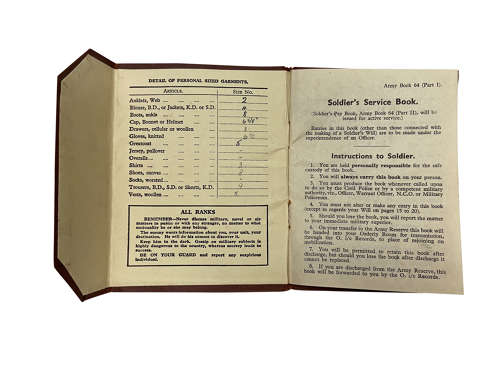 Attributed Battledress Blouse + Paperwork to a Sgt of the KOSB

This fantastic Battledress blouse and paperwork grouping is attributed to Sgt R. A. Skoulding, Kings Own Scottish Borderers.

Robert Arthur Skoulding was a Norwich man born in 1924. He enlisted in the Army in 1942 and served with the General Service Corps before being transfer to the Royal Artillery a month later. He was the posted to the King Own Scottish Borderers in September 1944 where he stayed until being demobbed in July 1947. His transfer from the artillery into an infantry regiment is typical of mid-late 1944. Many second line troops we moved to infantry regiments to make up for casualties lost following the D-day landings and the following land campaign.

The blouse itself is a rare 1946 pattern, arguably the rarest pattern of Battledress. Sgt Skoulding's jacket features the KOSB tartan flash on each shoulder, a pair of Sgt stripes which have had the chevrons blancoed White to make them stand out and a white lanyard.

The condition of the blouse is very good with only small signs of wear etc.

Also included with the Battledress jacket is a plethora of paper work related to R. A. Skoulding's service career. His AB64 is in very good condition and has a lot of interesting information inside it. His service record also helps in learning more about the wartime career of this Sgt. His 'Certificate of Transfer to the Army Reserve' is also included which would have been given to him when he was demobbed. A clothing coupon which was inside the AB64 from 1947 is also included.

All these items are guaranteed original and all belonged to Sgt. Skoulding. This has not been out together after the war but the personal effects he kept.

All in all a fantastic grouping with some brilliant history which would be ideal for a collector of Scottish regiments or Battledress groupings.