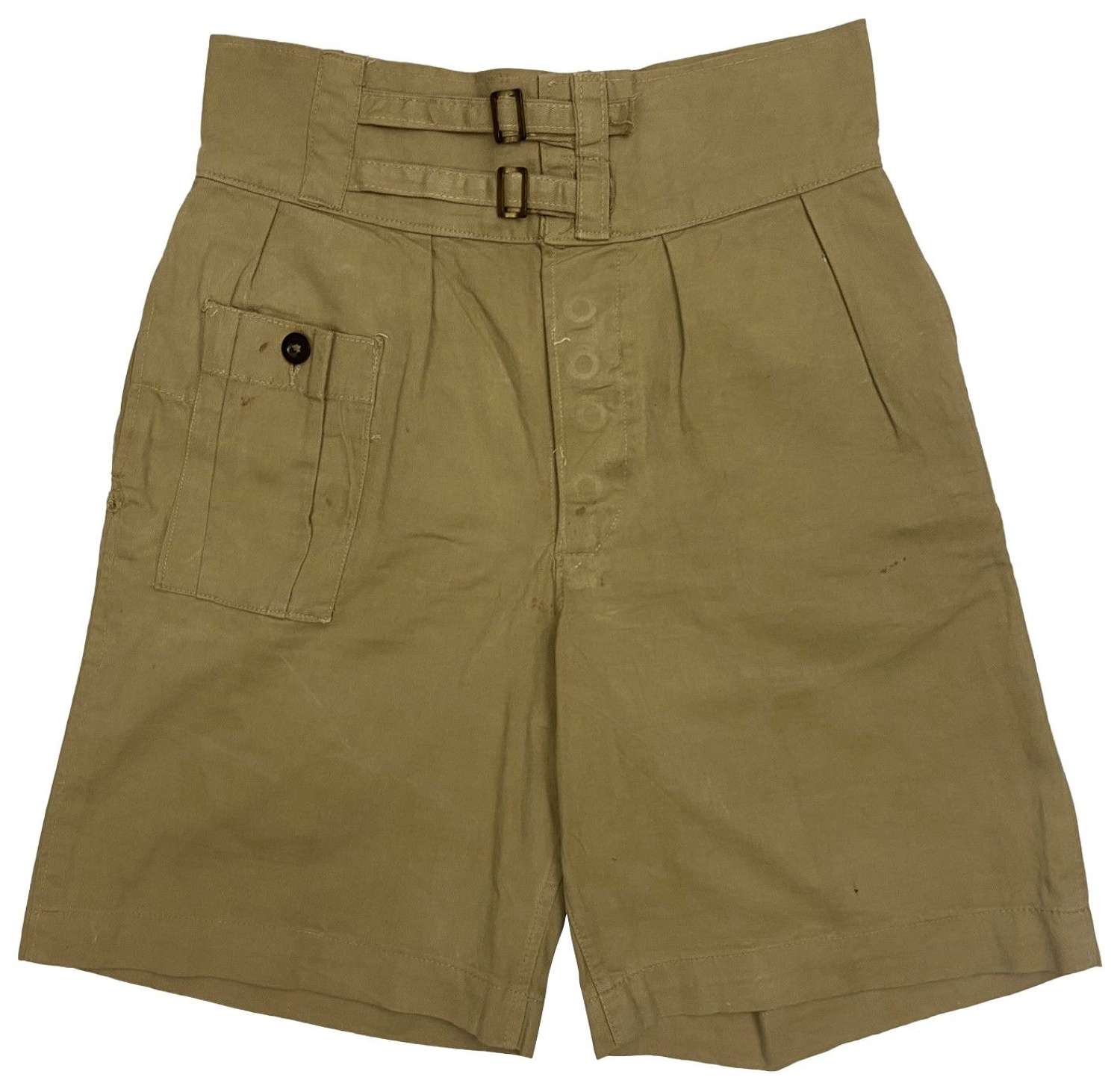 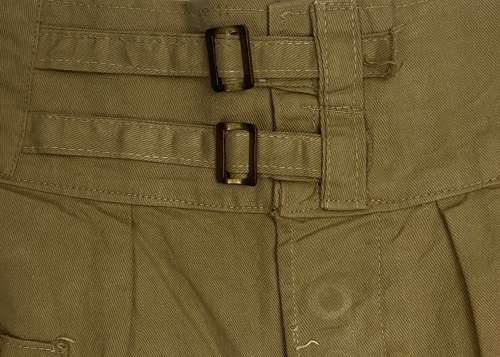 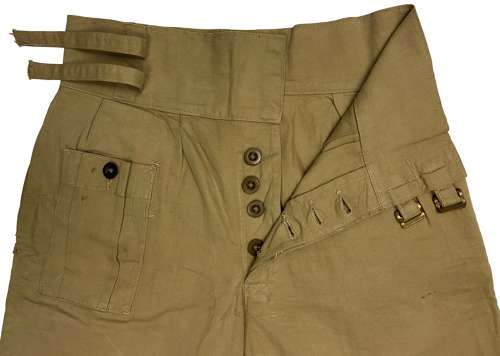 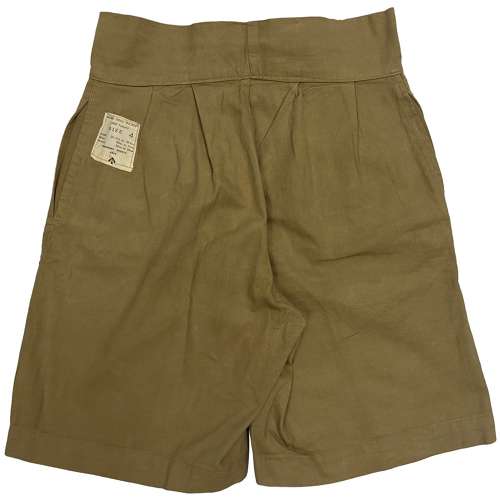 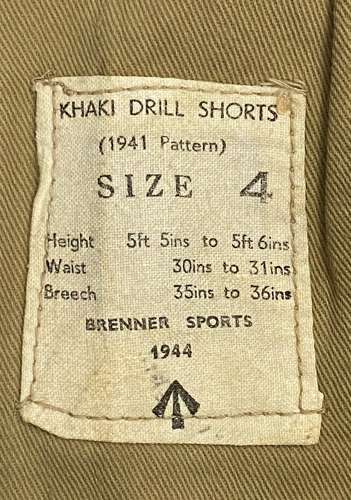 Unlike a lot of KD items offered onto the market today, these shorts are clearly British made and much rarer than theatre made examples. They are the standard 1941 pattern with the first field dressing pocket placed on the right hip, brass buttons and the double belt and buckle closure to the waist.

This pattern of shorts saw widespread issue throughout the Second World War with the British Army, RAF and Royal Navy amongst others. They are made from a light tan coloured cotton drill which is well suited to the tropics, being issued to troops in North Africa, the Far East, Italy and the Mediteranean throughout the conflict.

The original label is still present to the rear of the shorts and states the size as 4. The 1944 date is also present as is the War Department broad arrow marking and the makers name of 'Brenner Sports'.

The overall condition of the short is good and they display very well. There are some signs of wear and use but are very good overall.

All in all a nice original pair of wartime shorts with a good wartime date. British made examples are much harder to find making these more desirable than other KD shorts on the market.