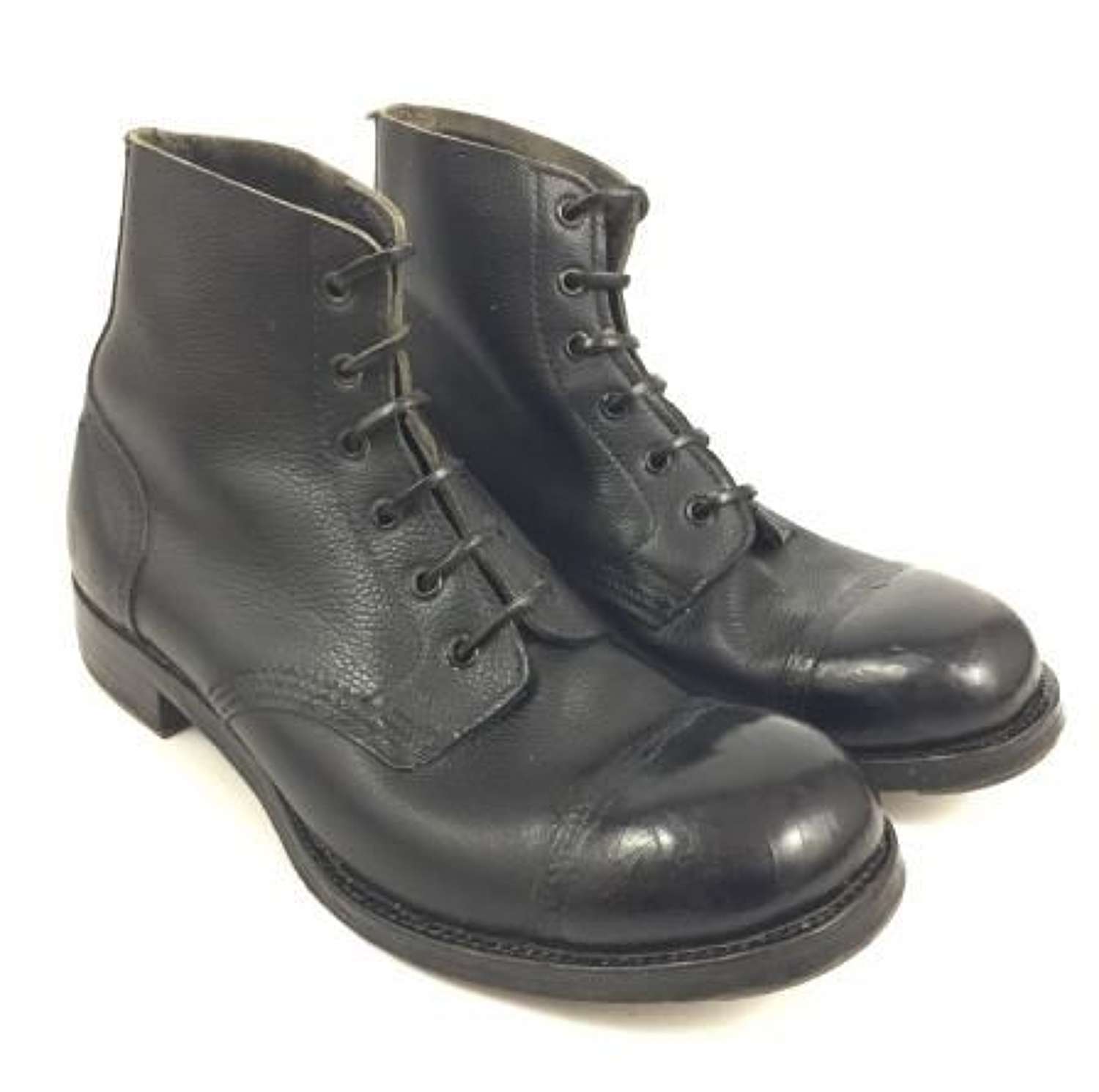 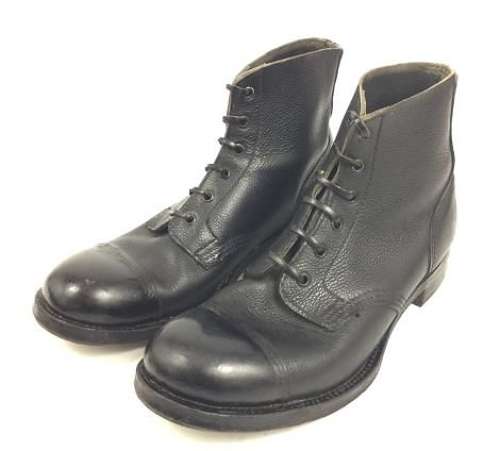 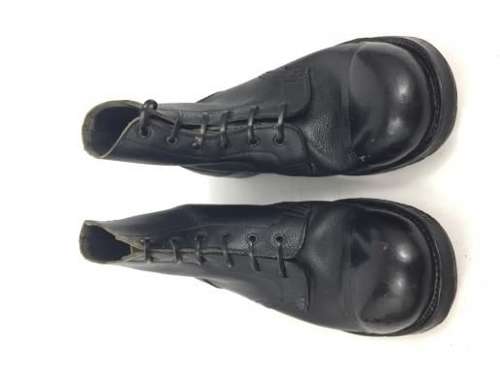 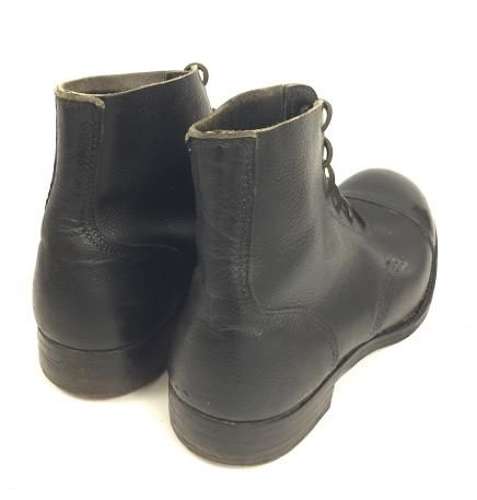 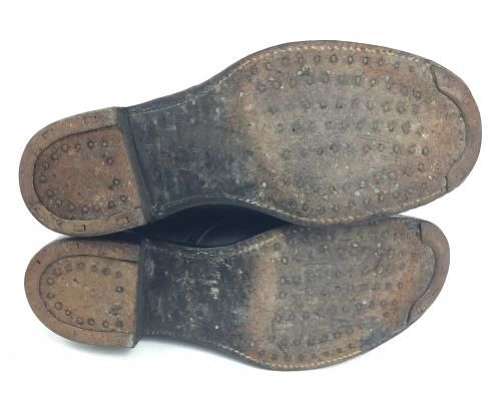 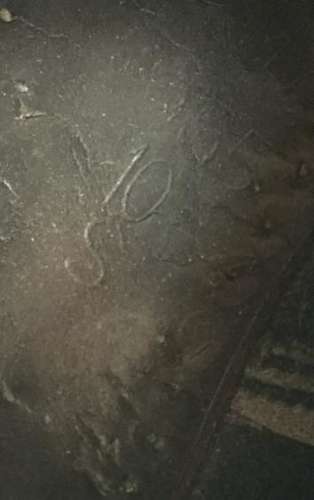 This particular pair of boots are marked up as a size 10S and dated 1955 inside. The boots are made from the correct pebble finish leather and have had the toe caps bulled up to a bright shine as was common practice in the British Army for many years.

The boots don't appear to have been studded and show some signs of use as can be seen in the pictures. They feature the correct metal horse shoe heel and metal toe plates. The toes plates are secured with the correct type of screws.

A good original pair of boots ideal for a mannequin or re-enacting as they are identical to WW2 issue.