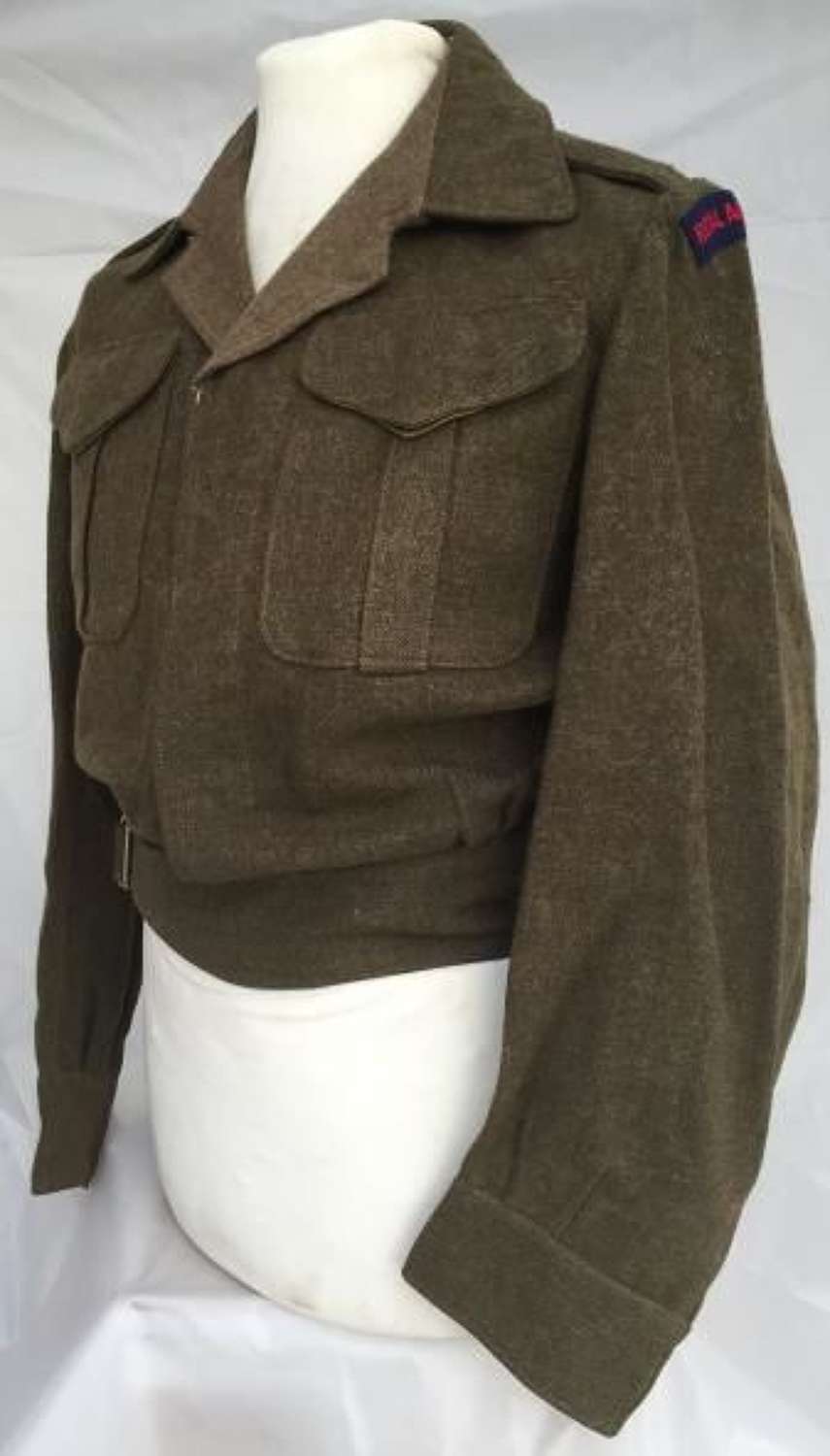 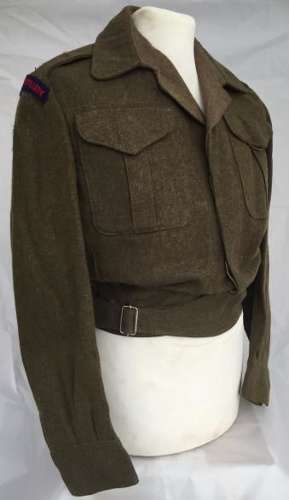 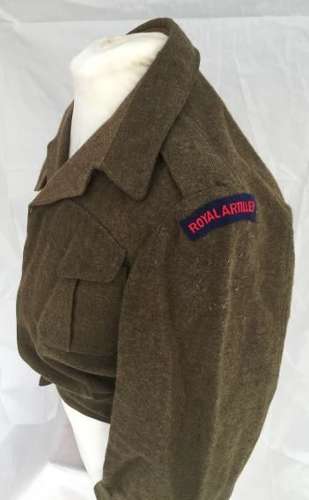 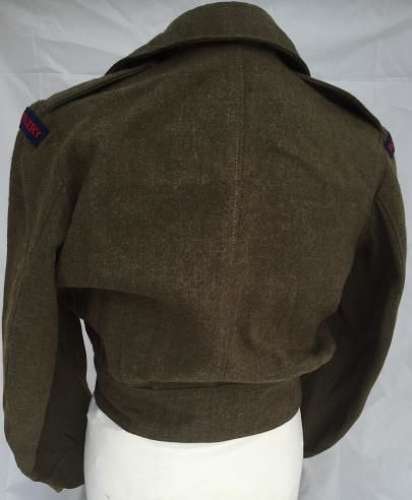 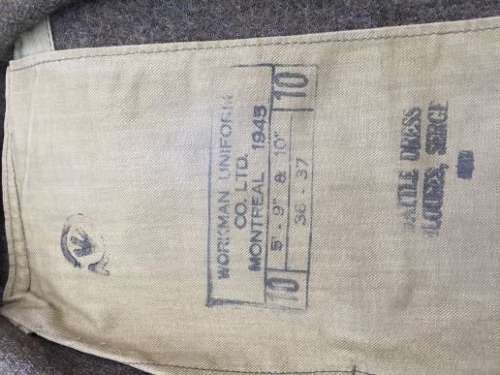 SOLD
A 1945 dated example of a Canadian made battledress which has been tailored to be worn with a shirt and tie and features 'Royal Artillery' shoulder titles.

This pattern of blouse was used throughout the Second World War by Canadian troops in all the campaigns they were involved in. This example has had the collar tailored with another and not completely matching section of Canadian made battledress cloth. This was common practice amongst officers throughout the war with Ordinary Ranks doing the same from October 1944 when they were given permission to wear a shirt and tie.

The blouse is clearly stamped inside and is dated 1945. The manufacturer is also marked as 'Workmen Uniform Co. Ltd' who were one of the more prolific Canadian manufacturers of battledress. Also stamped inside is the Canadian War Department broad arrow surround by a 'C'.

The blouse is in very good condition and would be good for either a display piece or for a re-enactor to wear. Each sleeve has a 'Royal Artillery' shoulder titles and evidence below this of where other badges have been previously.

All in all, a nice original wartime blouse which would suit the collector or re-enactor equally.