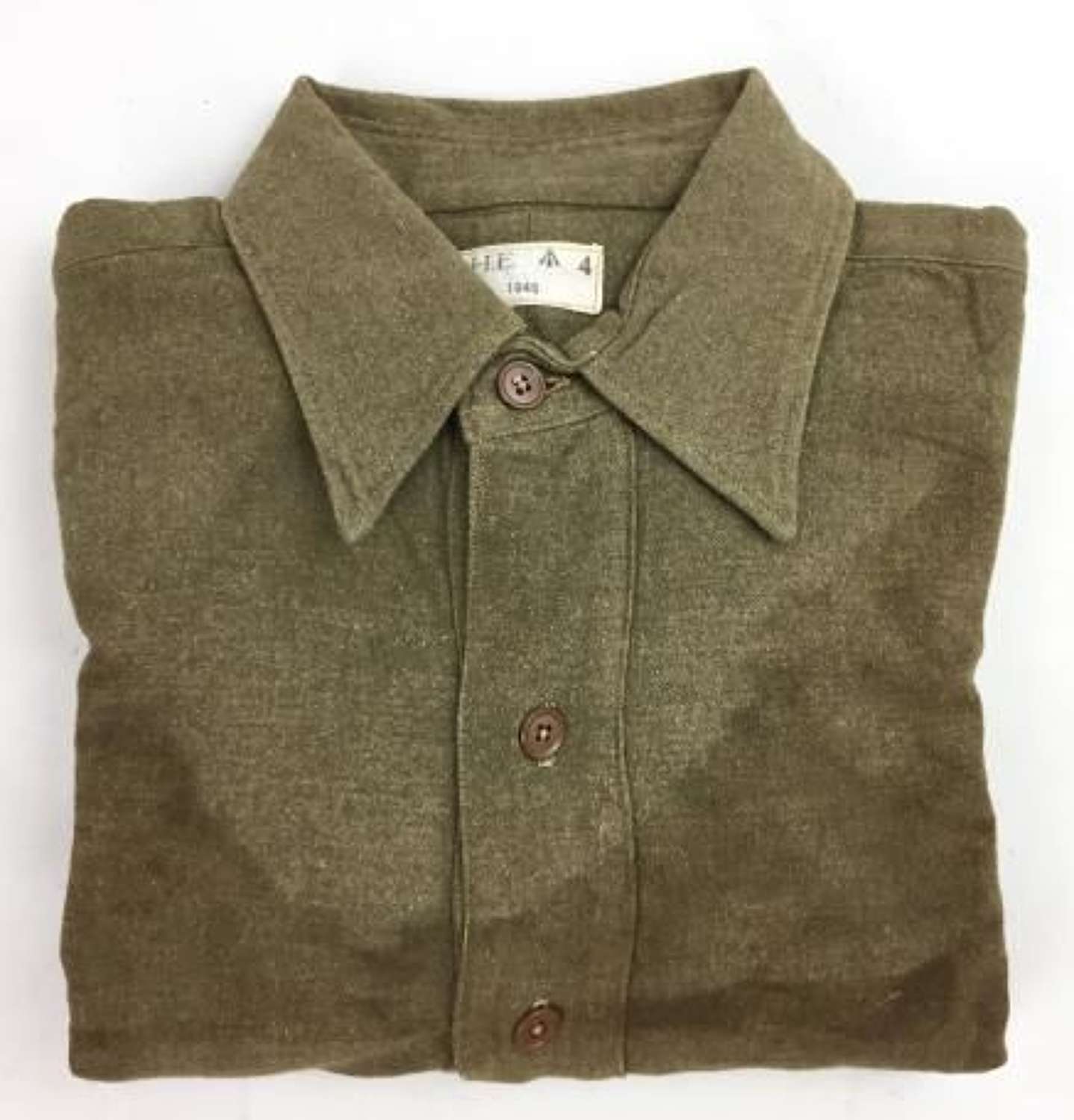 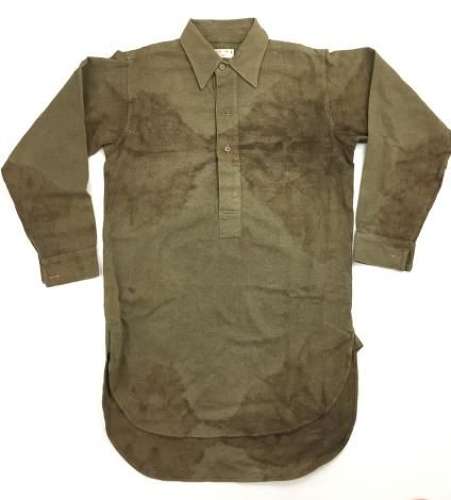 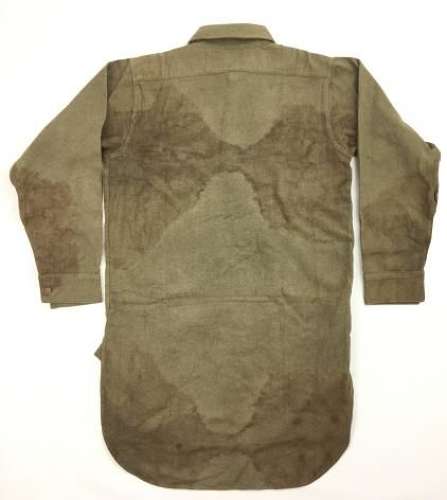 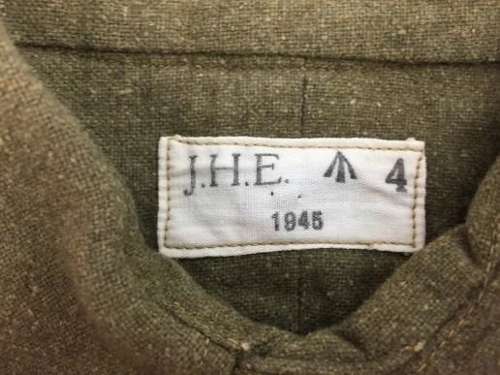 This pattern of shirt came into general issue in late 1945 to replace the earlier collarless shirt. British army dress regulations changed at this time to the wearing of a shirt and tie under battledress, hence the issue of these collar-attached shirt.

This example still retains its original label which is clean and bright as would be excepted of an unissued item. It features the makers name ‘J.H.E’, the War Department broad arrow marked, the size which is 4 in this instance, and the 1945 date.

Whilst the shirt came out of an old surplus store and hasn't ever been issued, it has various storage marks which can clearly be seen in the photographs. This was of course taken into account when pricing the shirt.

The shirt measures 21” pit to pit.

A very original shirt which has suffered whilst in storage but still makes an interesting collectable.