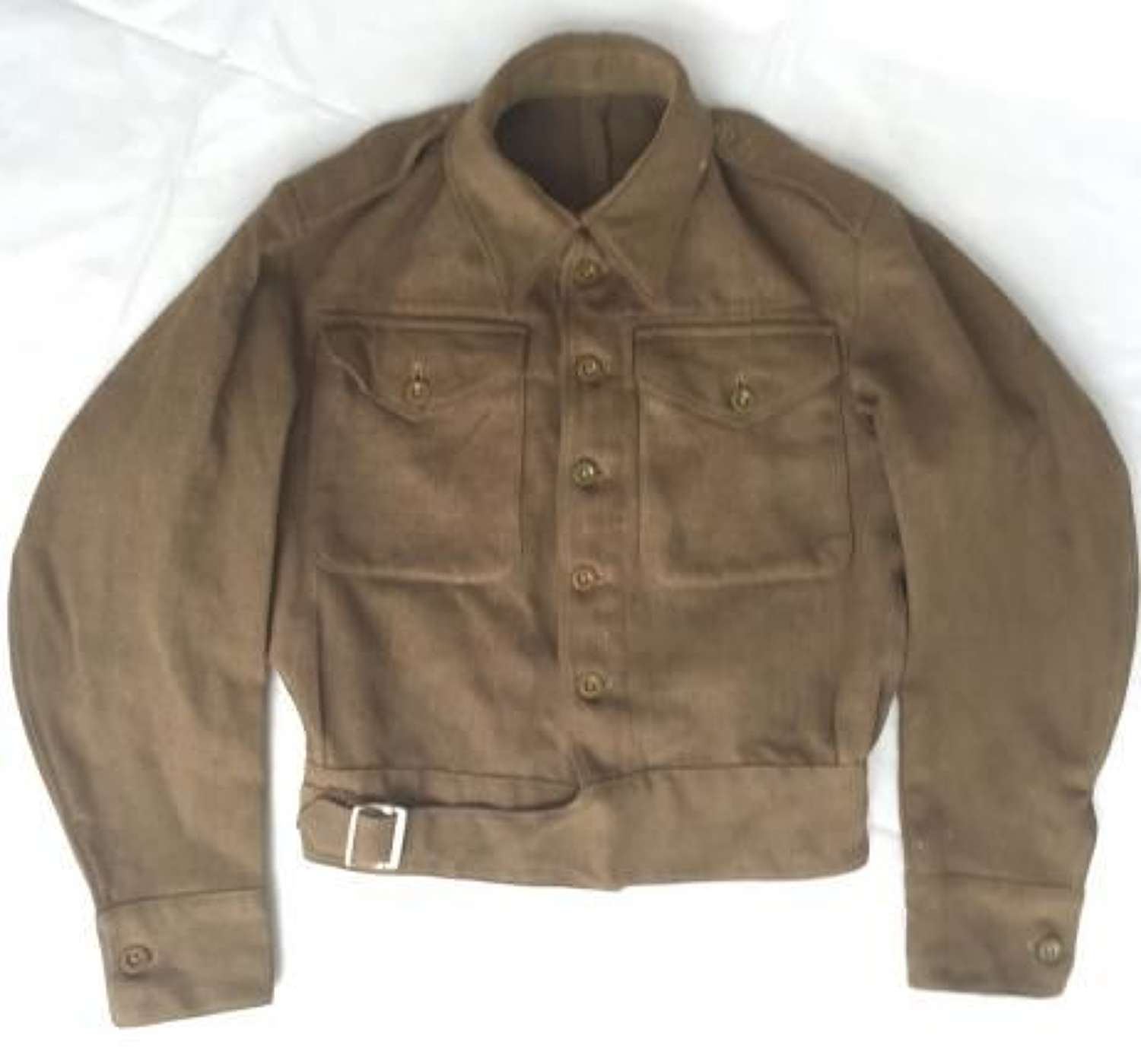 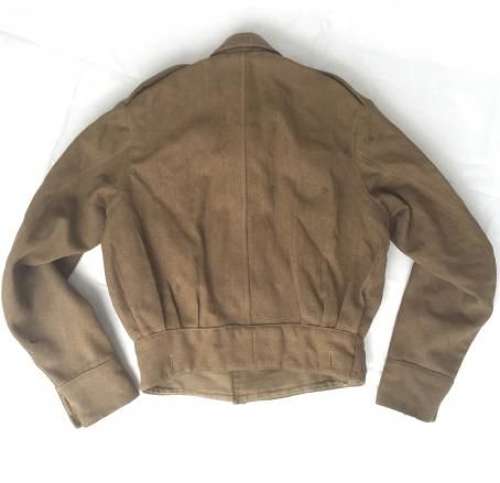 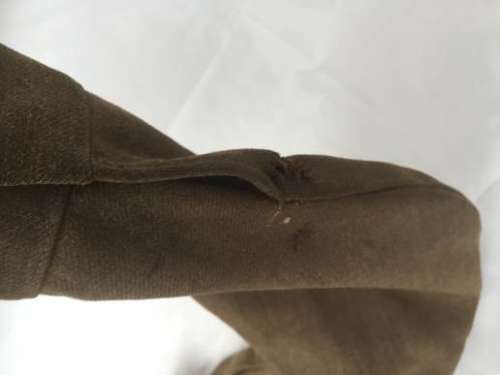 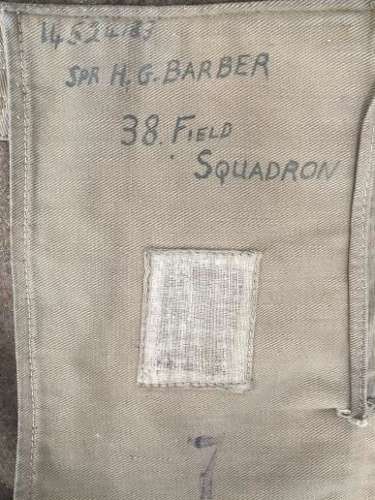 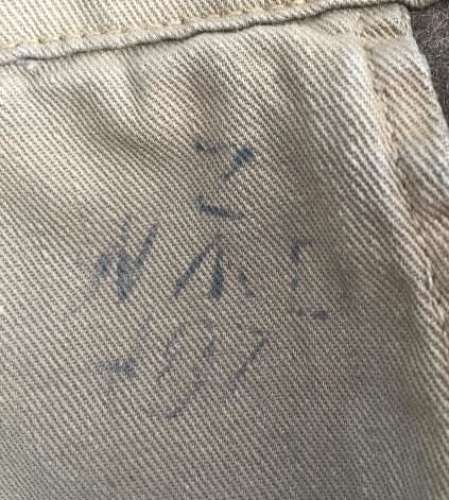 This blouse originally belonged to Sapper H.G. Barber, 38 Field Squadron Royal Engineers and certainly has the look of a jacket which has been worn in this regiment!

The label has faded through use but from the stamps we can tell that the blouse is a size 7 and was made in 1945 as it has a Z stamped above the WD stamp; which denotes this as the year of manufacture.