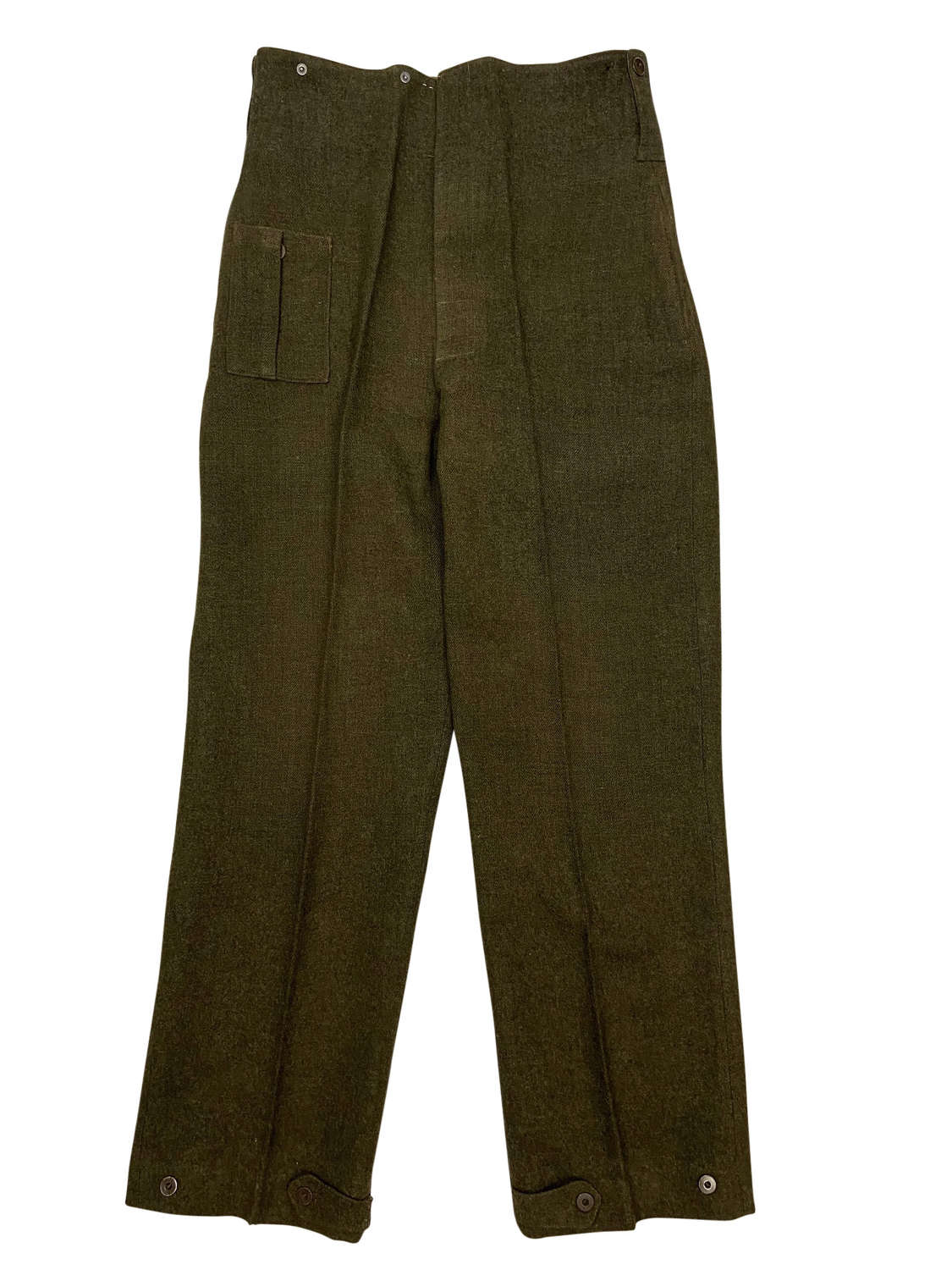 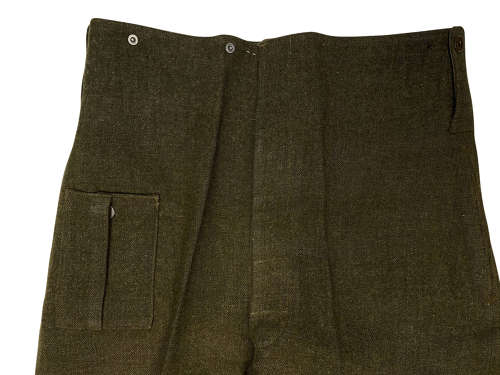 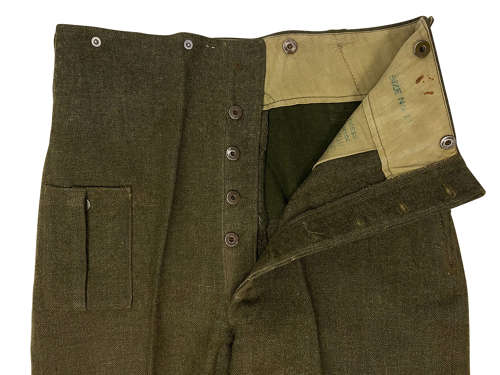 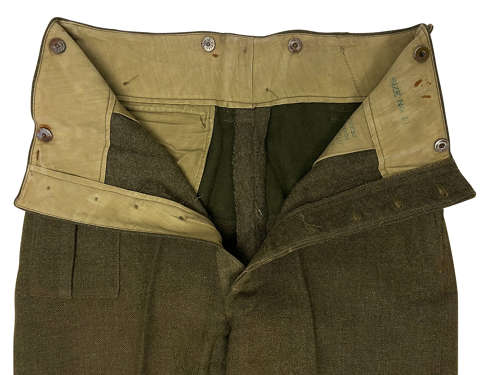 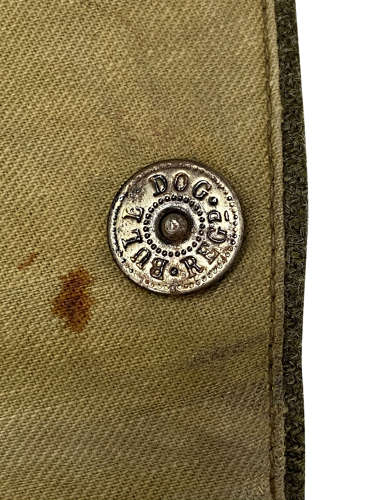 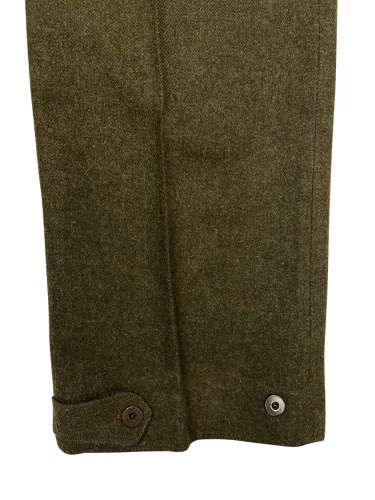 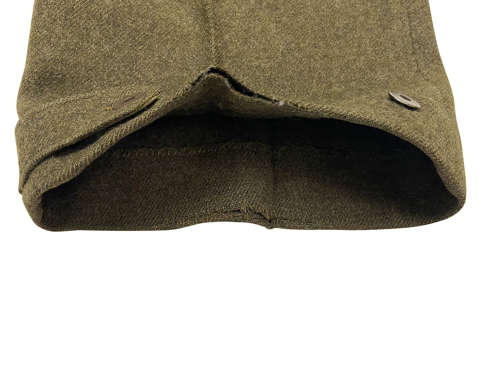 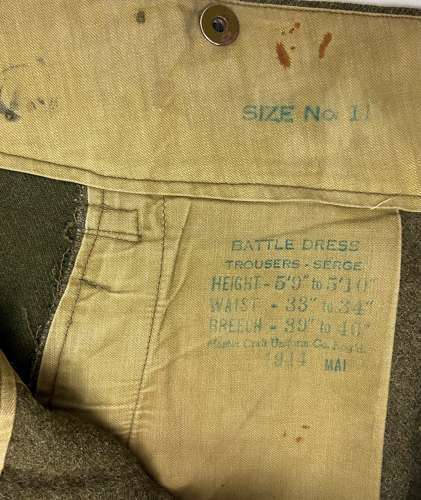 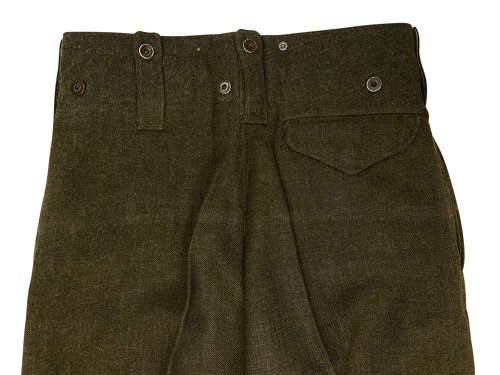 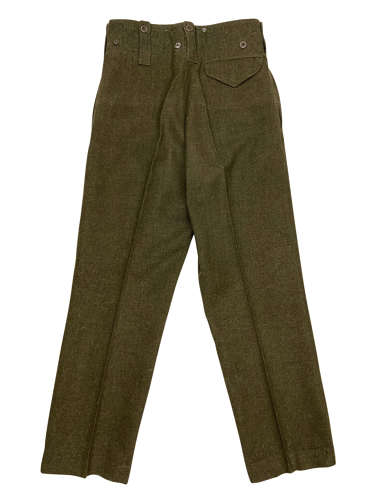 A nice original pair of 1944 dated Canadian made battledress trousers which belonged to a Royal Artillery officer during the Second World War.

This pattern of trousers was introduced at the beginning of the Second World War and saw widespread issue with Canadian troops throughout the conflict. Many British soldiers, particularly officers, also wore Canadian made battledress if they could get their hands on it as it was perceived to be of a higher quality to British made examples. In cut it closely follows the British 'Battledress, Serge' issued at the beginning of the war. It is however made from a darker, greener shade of serge and features Canadian pattern buttons. The first field dressing pocket also fastens with buttons as do the ankle tabs found at the bottom of each leg.


An interesting period modification is the addition of 'Bull Dog Regd' buttons which have replaced the original buttons. This style of workwear button is commonly found on original period worn items and makes for a nice period addition. The original owner has also removed the map pocket which is another common modification to find and was done to make the trousers look smarter when 'walking out'.

Inside the trousers the original markings are still present and state the size as No.11 and the date as May 1944. The Canadian War Department broad arrow marking is also in evidence. When laid flat the waist measures 17" and the inside leg measures 32 1/2".

The trousers are in worn condition as can be seen in the pictures. They still display well but do have some small issues commensurate with age including some wear to the cuffs which is shown in the pictures.

All in all a nice pair of original period worn trousers which would make a good addition to your collection!