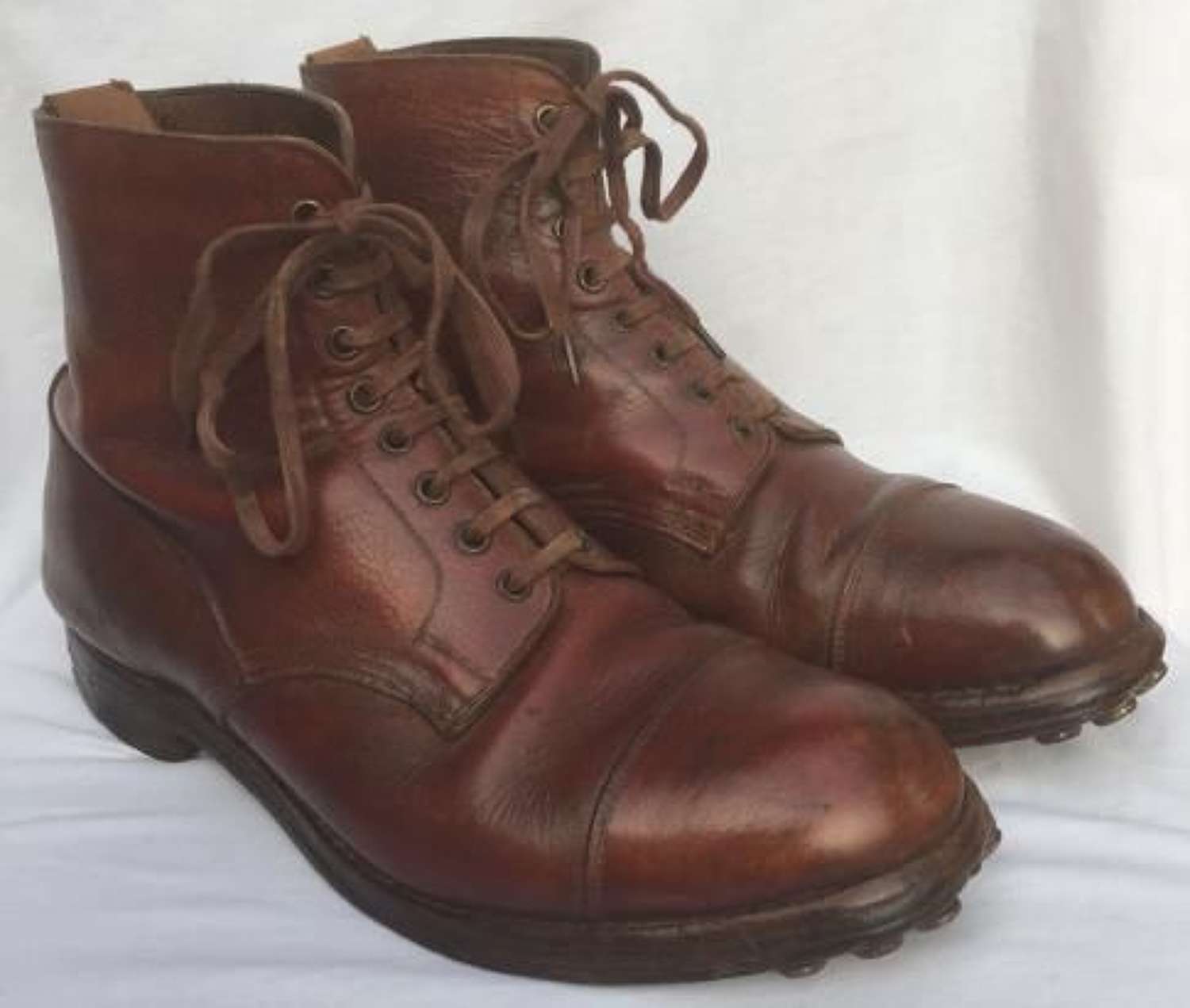 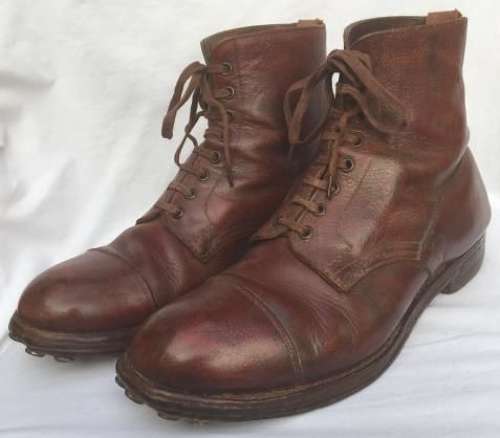 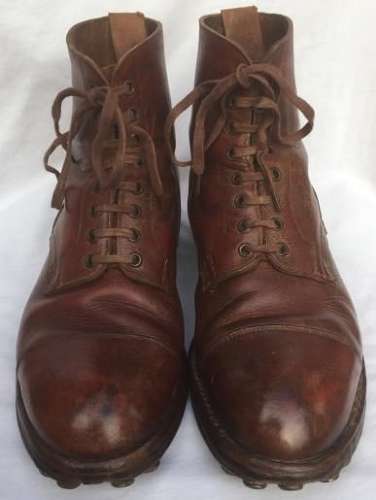 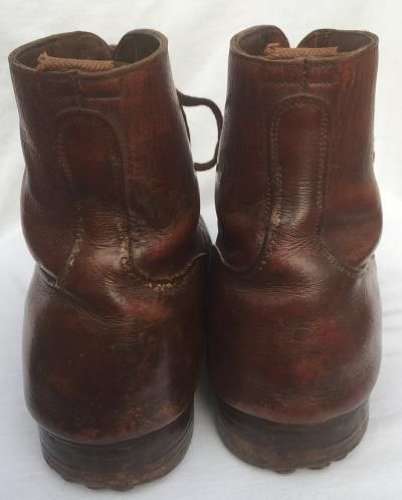 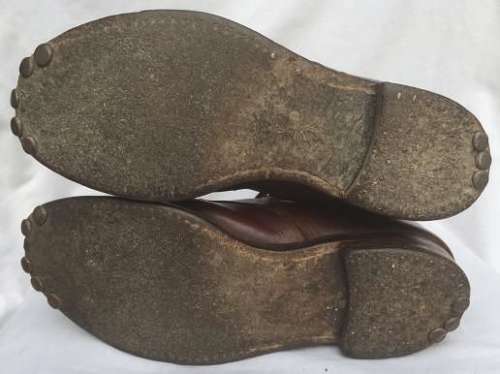 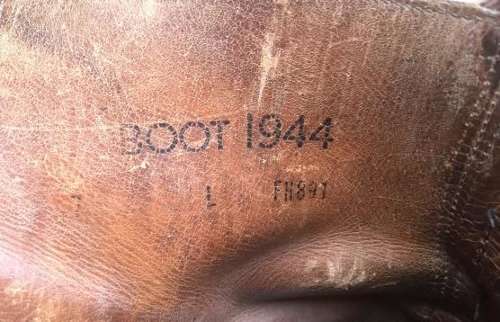 These boots are typical of those used by Officers throughout the Second World War. They are made from a brown leather which is pebbled and feature a toe cap. The boot of the boots have studs at the front and rear which was common practice at the time,

The boots are lined with leather and inside is stamp 'BOOT 1944' which tells us the date. There is also a number 7 stamped which can be seen faintly in the photograph which denotes the size,

All in all, a lovely pair of boots which are clearly war dated and could potentially be used for re-enactment.