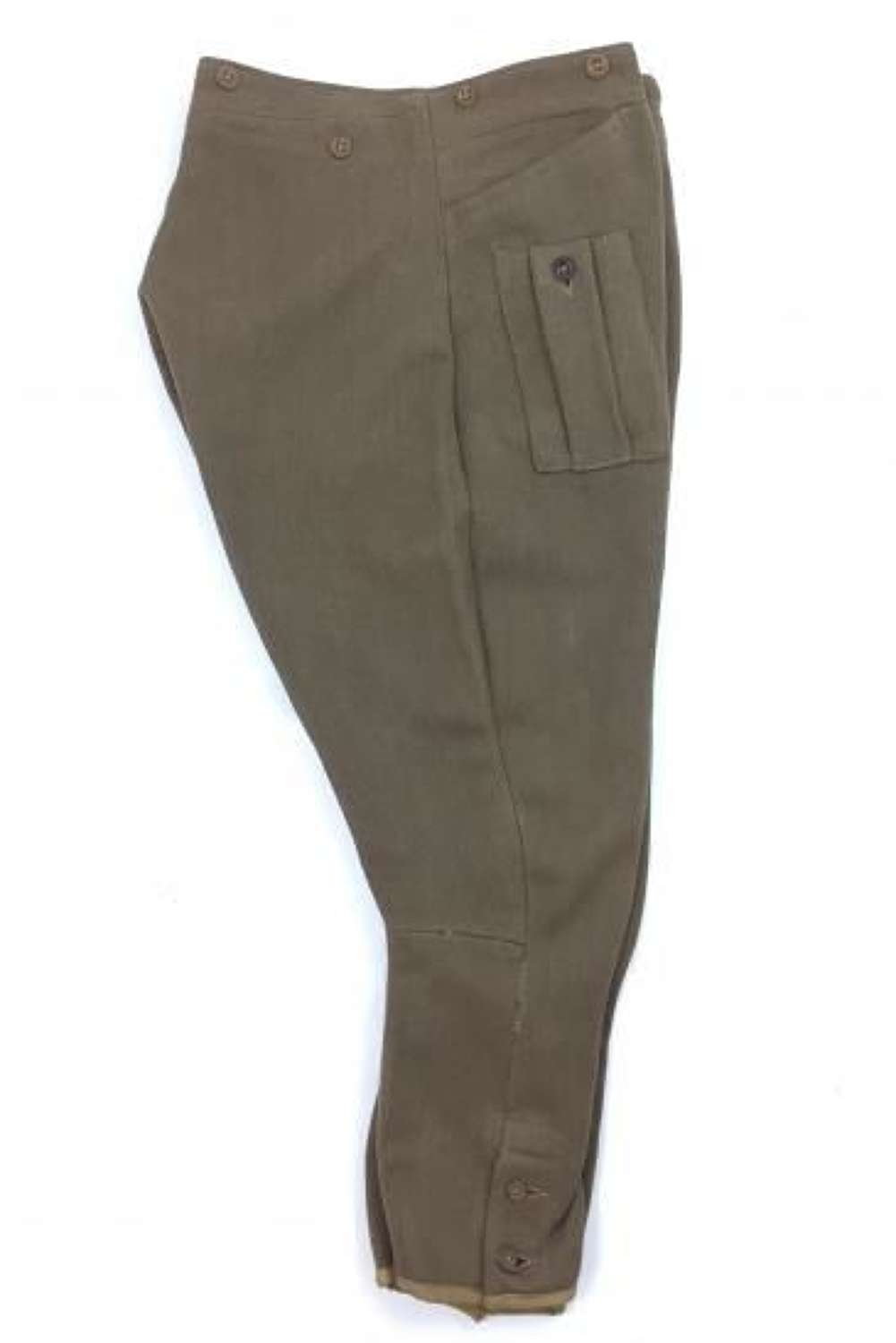 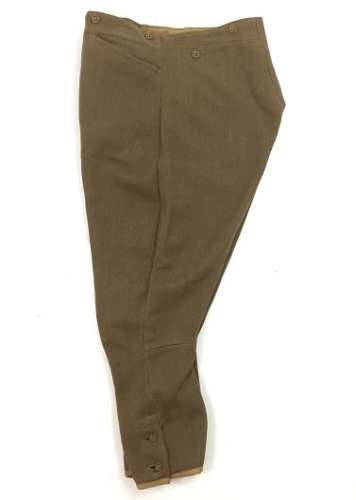 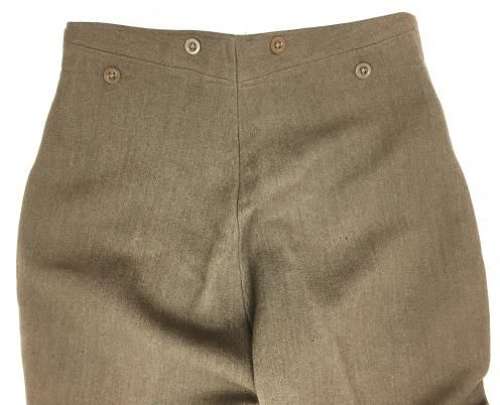 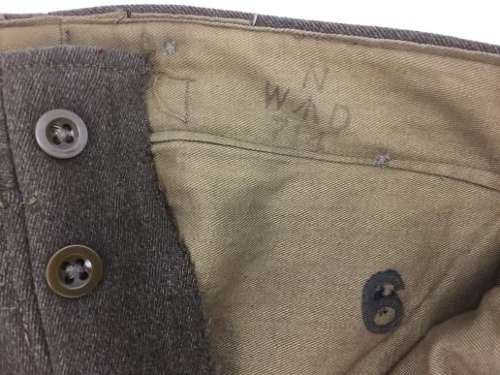 This pattern of breeches came into issue with the British Army in 1941 and saw service throughout the rest of the Second World War. This particular example date from 1943. They have the letter 'N' stamped inside them above the War Department arrow and WD marking which denotes this as the year of manufacture.

Inside they also have the number 6 stamped in ink which denotes the size.

The overall condition of the breeches is very good as can be seen in the photographs. The retain all of their original buttons and show no real signs of wear or damage. There are a few very small moth holes mainly to the seat but these are only noticeable on very close inspection.

Overall a very nice pair of original breeches which display well and would suit both a collector or re-enactor well.