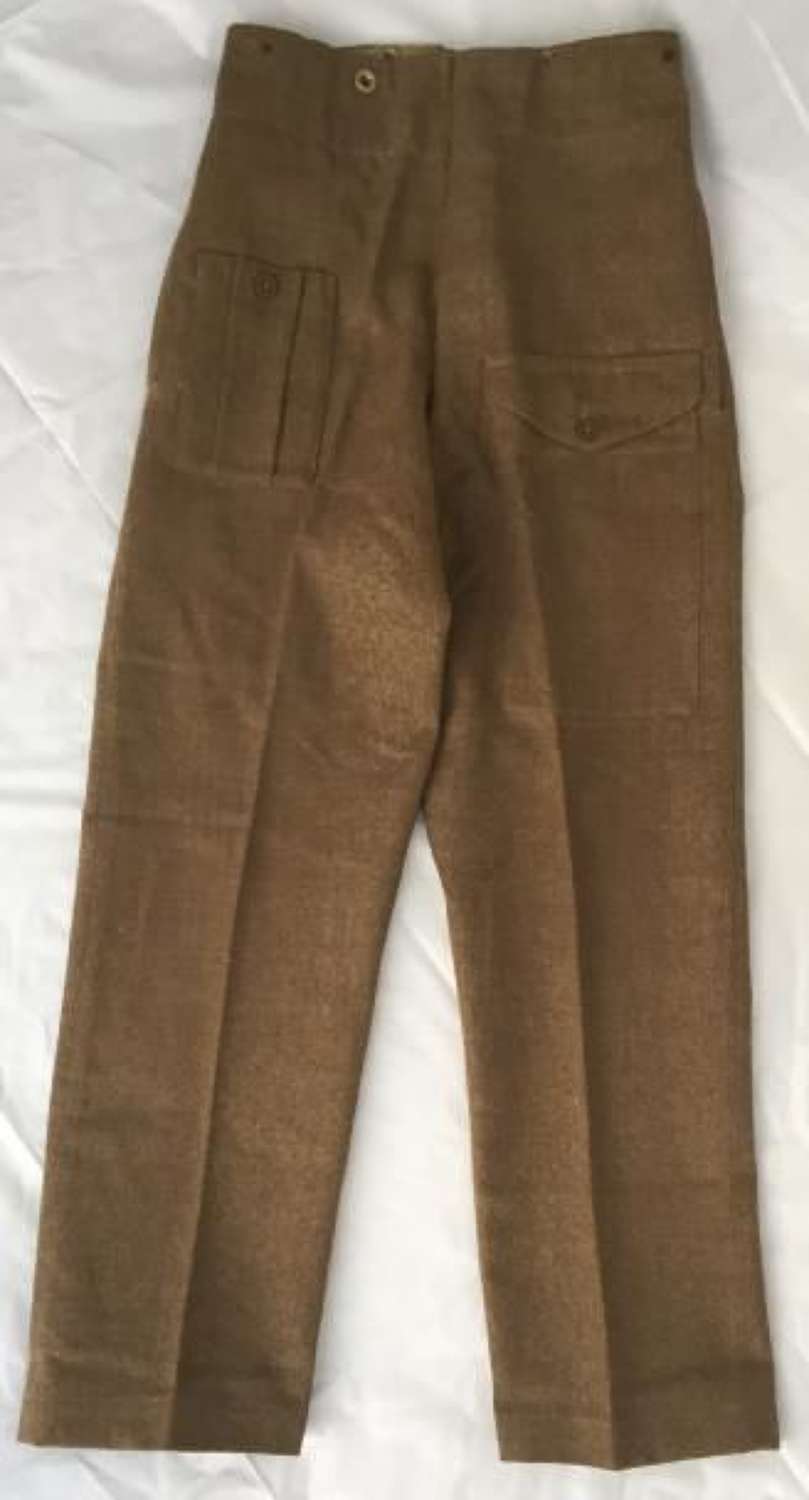 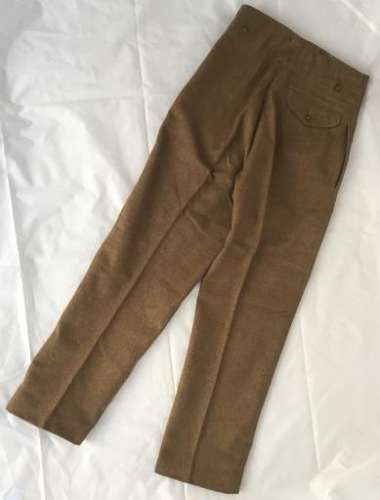 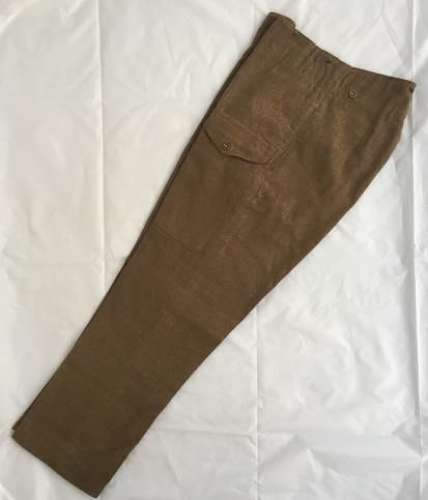 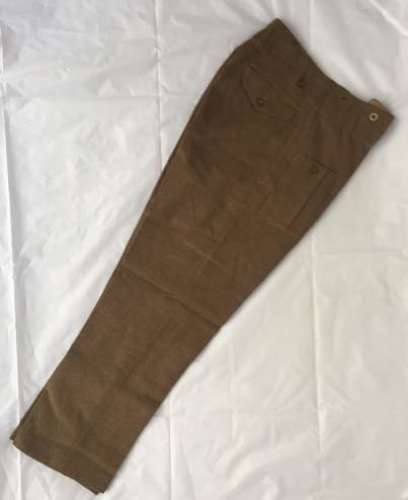 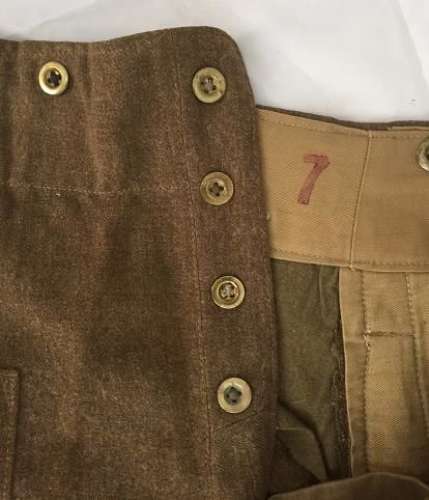 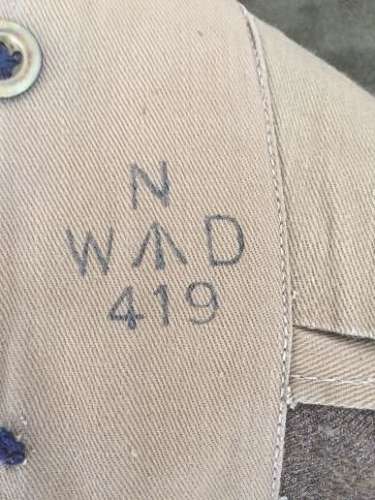 SOLD
A fantastic pair of 1940 pattern (austerity) battledress trousers dated 1943 as used by the British Army during the Second World War.

These trousers feature the brown horn buttons which are always associated with early manufactured battledress and much more sort after by collectors. Inside the trousers all the waist buttons and the fly buttons are early brass buttons which again indicates an early pair of trousers.

The cotton drill lining in these trousers is immaculate as can be seen from the photographs. If these trousers have been issued they have had very little wear! There is a number 7 stamped inside the waistband which denotes the size as well as War Department WD stamp which is surmounted by the letter 'N' which denotes 1943 as the year of manufacture.

The overall condition of the trousers is fantastic as can be seen in the photographs. There is a small amount of staining to the crotch but this can't be seen when they are worn/displayed.

A fantastic pair of early 1940 (austerity) pattern trousers that would certainly be hard to better!