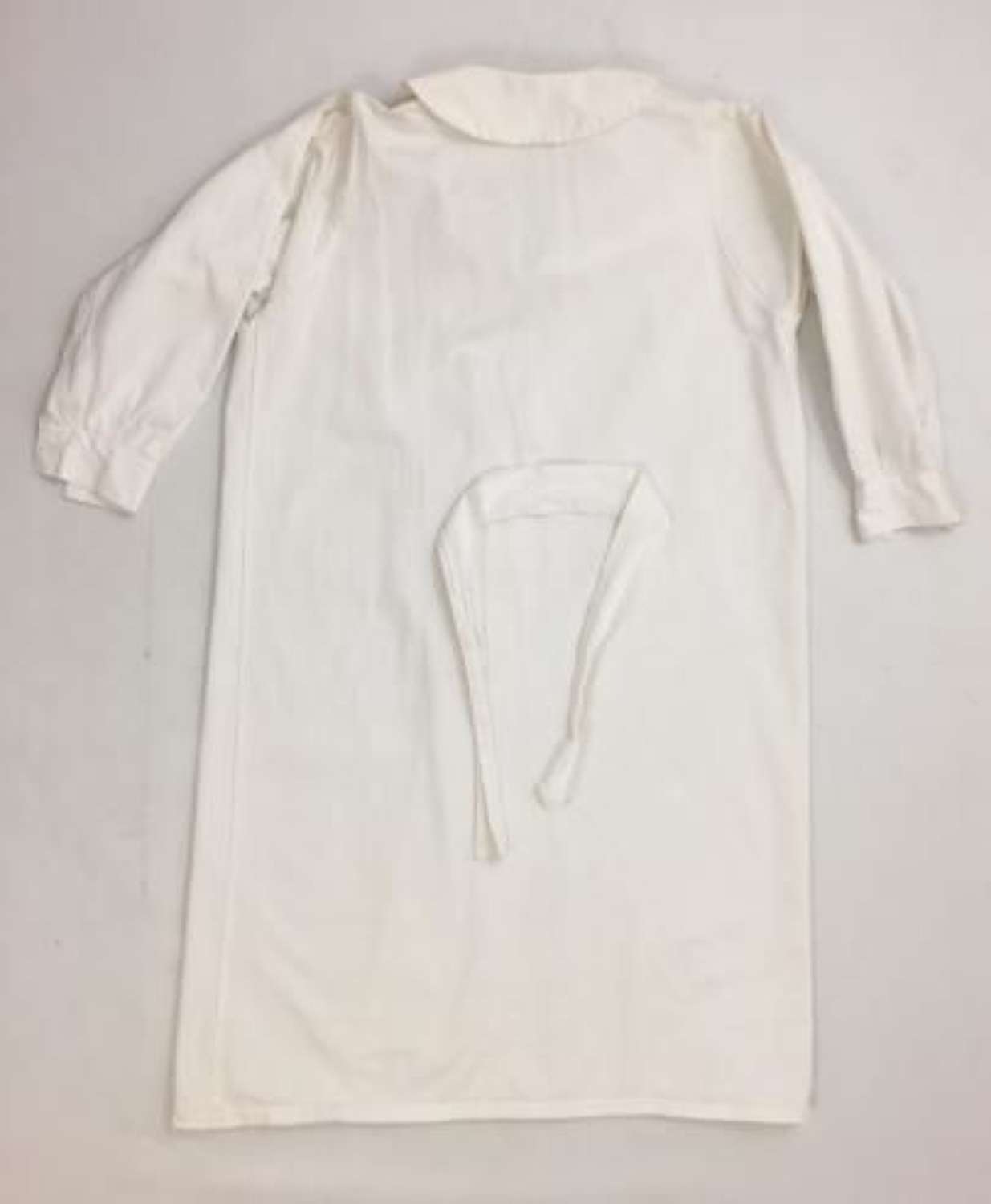 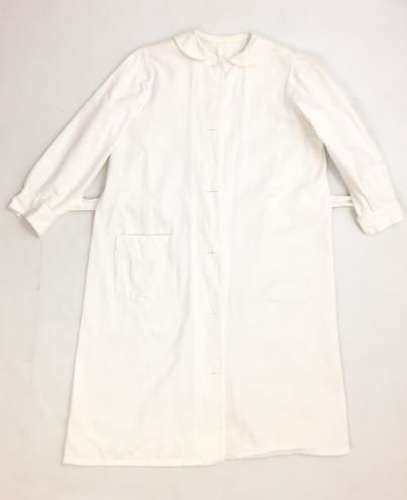 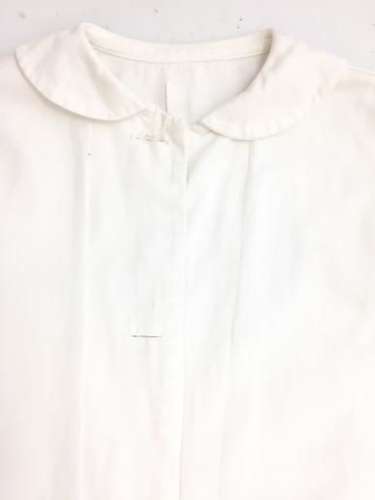 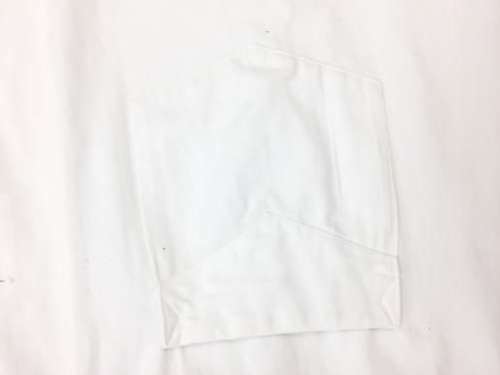 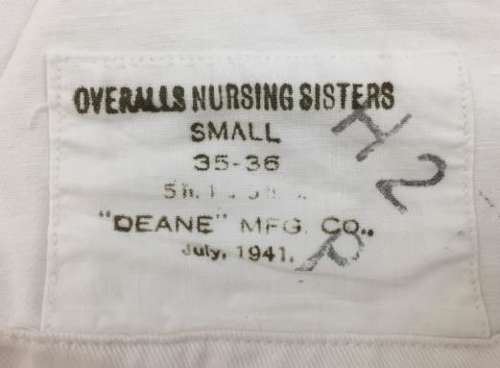 SOLD
An original ‘Overalls Nursing Sisters’ dated 1941 as issued to various British and Commonwealth nurses during the Second World War.

This rare surgical gown is made from a white sanforized cotton and features a penny collar, button holes a pocket to the rear and waist ties to the front which meet and are fastened at the rear. Because this is a surgical gown it buttons and ties up at the back, not the front like a normal coat. There are holes through which can be attached revolving shank buttons which would have most likely been white.

This example was made by ‘Deane MFG’ in 1941 and is a size small as can be seen on the original label. There is also a letter P stamped onto the label which may well denote 1941 as the year of issue.

The overall condition is very good as can be seen in the pictures. I would say it is most likely unissued as it is very clean and these would have been laundered very regularly meaning the label would almost certainly become washed out. This item is white however so it is to be expected that there may be some marks or similar. This is by no means a mint unissued example but I think it is fair to say a very good example.

All in all, a nice example of this rare women’s services item which would make a nice addition to a nurses collection or display.