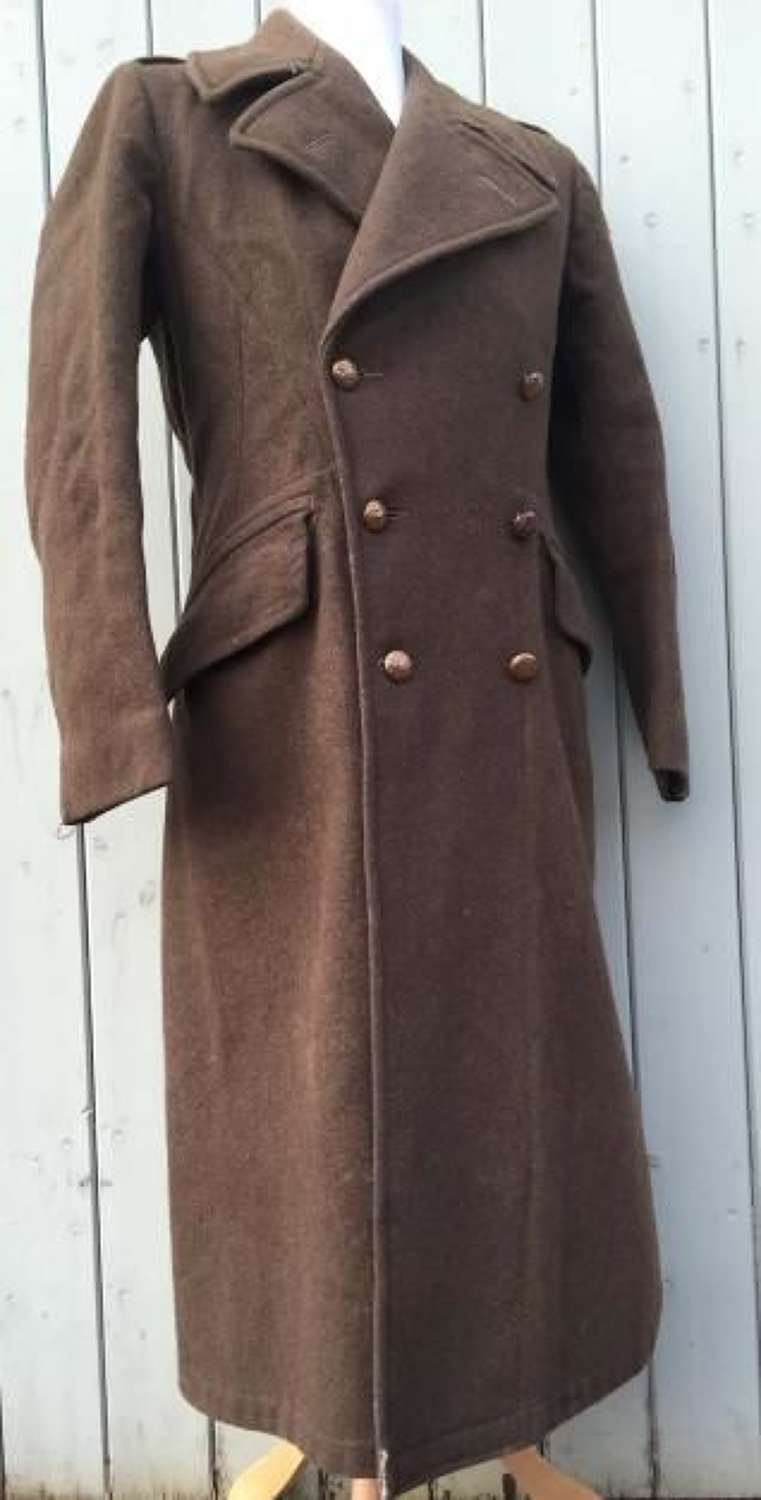 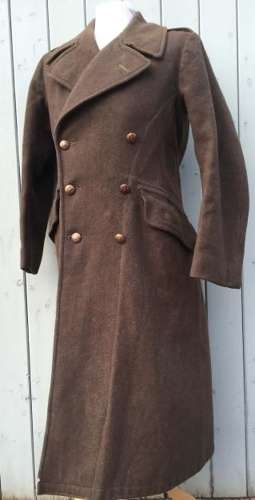 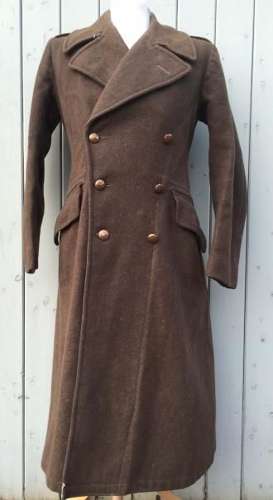 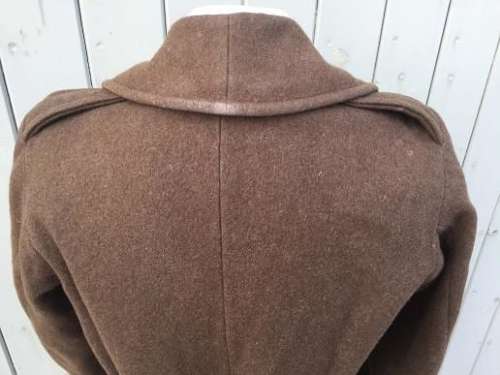 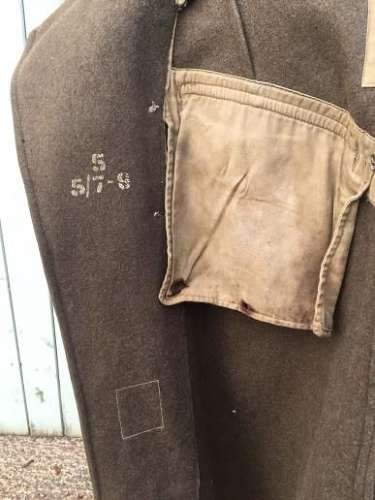 SOLD
A rare example of the British army 1939 (dismounted) pattern greatcoat as worn by troops including the BEF and the Home Guard in the early years of the war.

This pattern was introduced in time to be widely issued to the BEF in France and later troops and Home Guard units, but was superseded by the 1940 pattern (dismounted) greatcoat making them now rather scarce.

The greatcoat sadly does not retain its original label but is clearly a 1939 pattern and not a later version as it does not have an expanding back, rather just a straight seam. This is the tell-tale sign of a 1939 pattern greatcoat.

Inside is stamped in white the number '5' denoting the size. This system of white stamping is standard in British Army greatcoats of the period. I would recommend the fit of this coat as 36 or 38" chest at most.

All the original buttons are present as well as the hook and eyes at the collar and the bottom of the rear vent.

This greatcoat is in good original condition for its age but does have some marks etc. I have had it dry cleaned and it came up well. There are however a few marks including one to the very bottom front corner of the coat and another on the collar which have not yet come out.

A rare example of an early war greatcoat in good wearable condition.