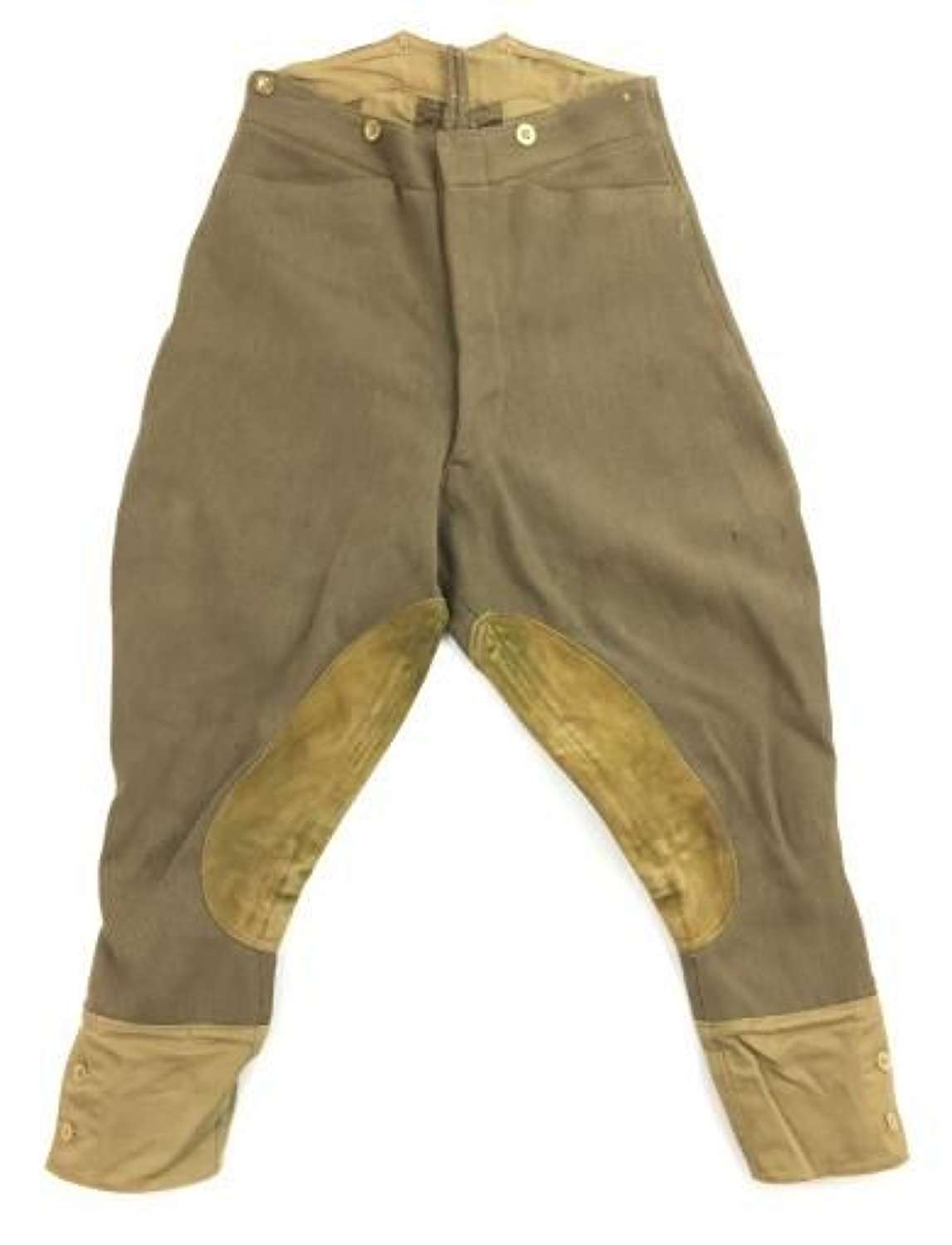 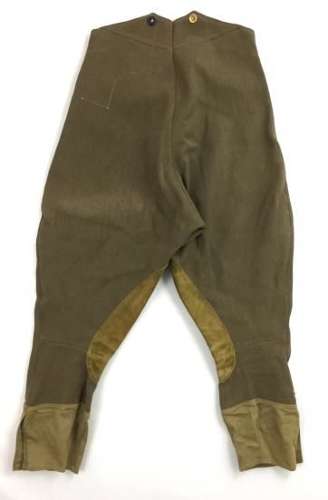 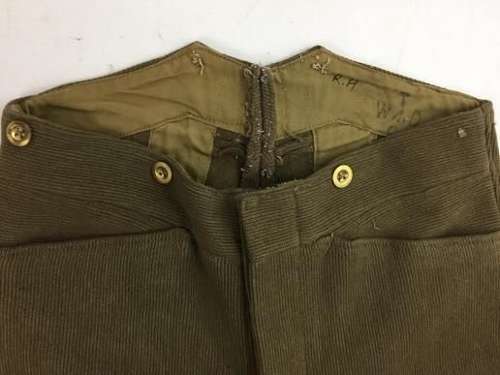 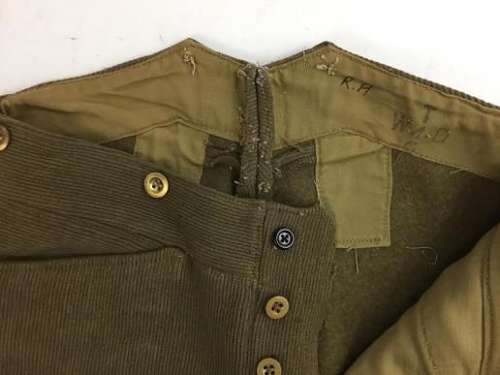 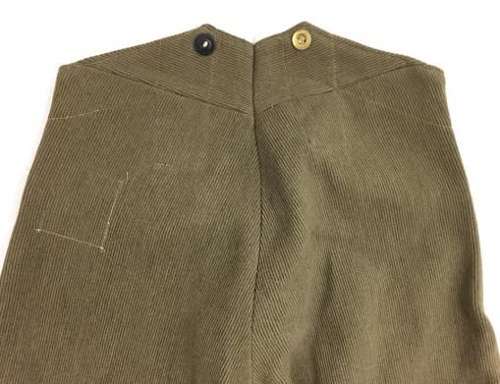 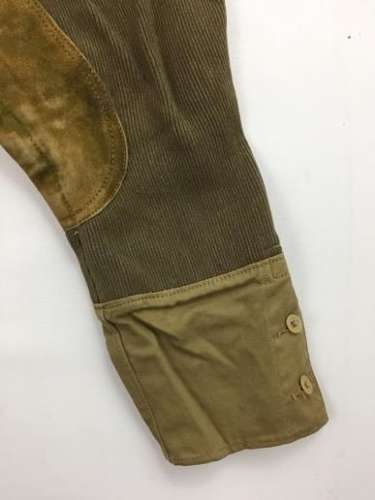 These pre-war breeches were used by a variety of regiments including a number of cavalry regiments, the Royal Artillery and the Royal Signals amongst others. They differ in cut to the later WW2 dispatch riders breeches and don't feature a first field dressing pocket. These rare jodhpurs would have been worn with the 1922 pattern service dress tunic.

The breeches are made from a heavy khaki whipcord and feature suede reinforcing patches on the inner thighs and cloth sections to the bottom which button around the calf. There are two pockets to the front of the breeches, a buttoning flying and brace buttons.

To the rear can be seen a clear area where the original label once was. Sadly is no longer present but inside the breeches is the original War Department stamp which is surmounted by the letter T which denotes 1937 as the year of issue.

The overall condition of the breeches is good although they are over 80 years old and show signs of wear consummate with their age. The suede patches show wear and staining and some of the original brass buttons are missing or have been replaced for plastic examples. This is common to find on the fly as plastic is much easy to fasten than brass!

Overall a nice pair of pre-war breeches which display well. These would make an excellent addition to a pre war uniform or any early / BEF period British Army collection.