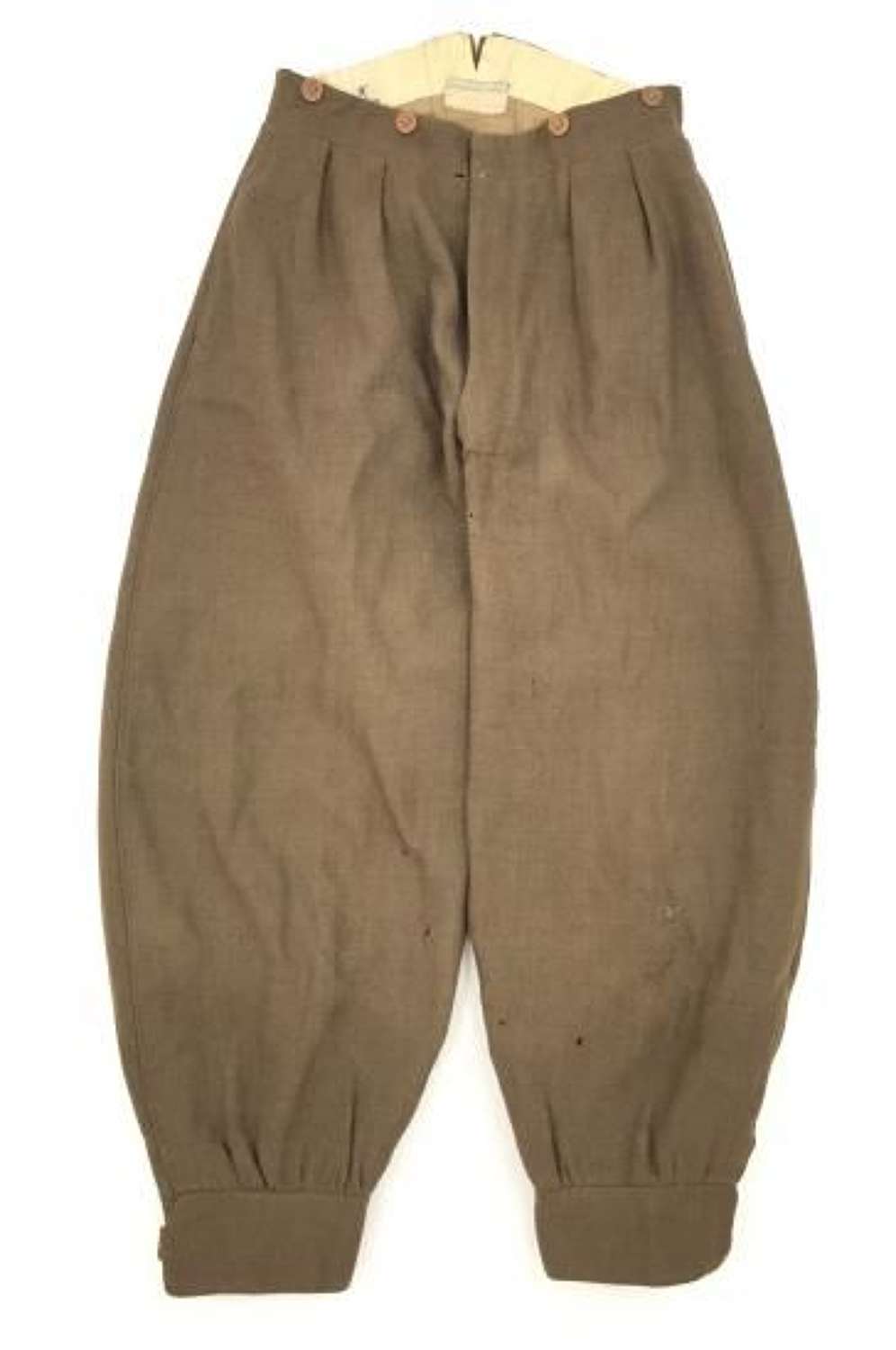 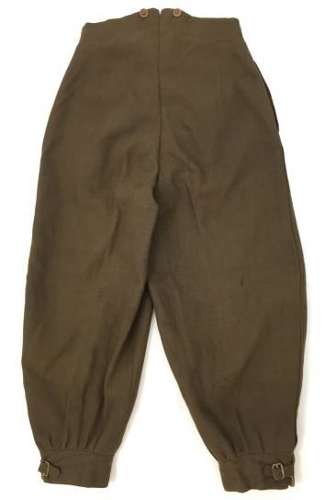 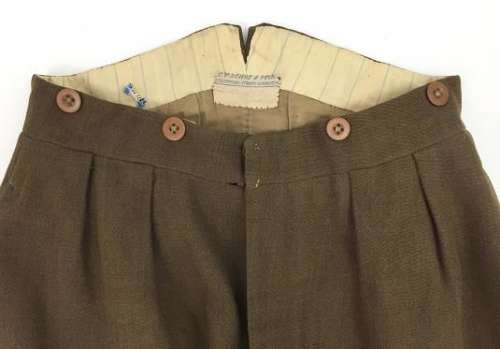 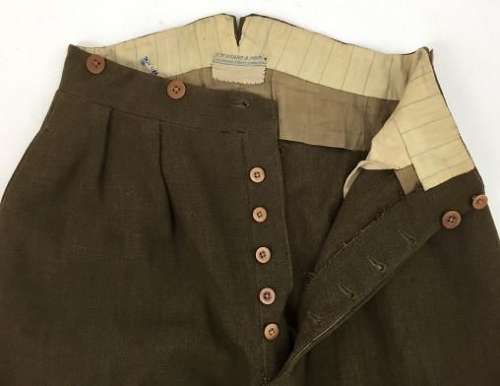 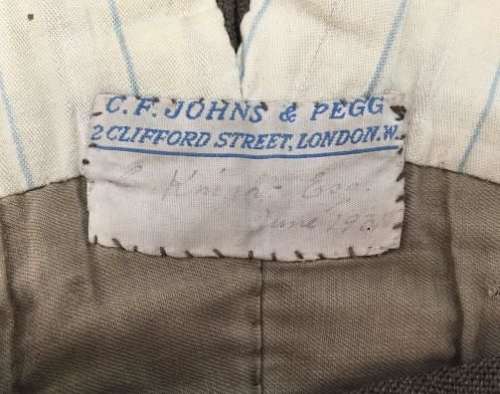 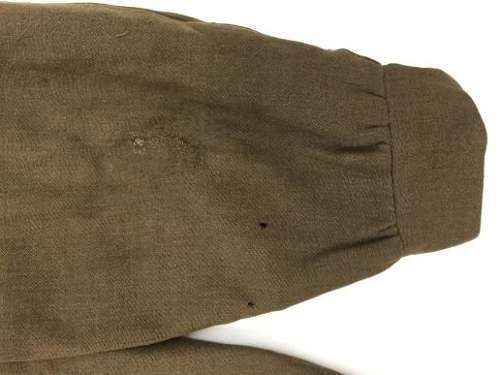 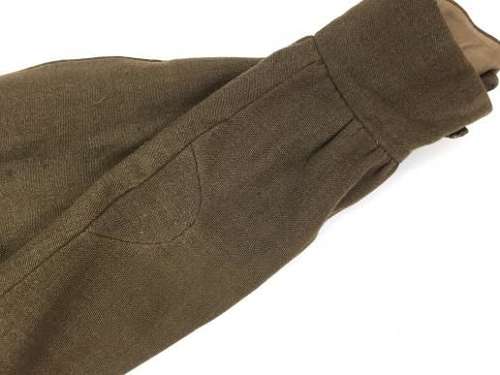 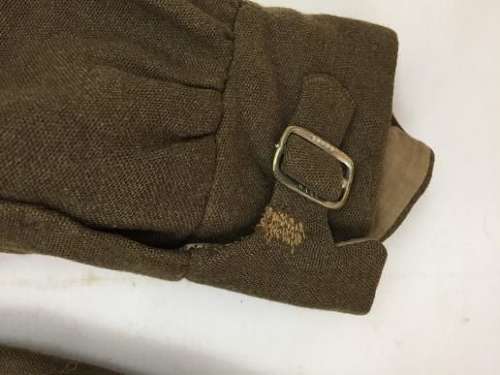 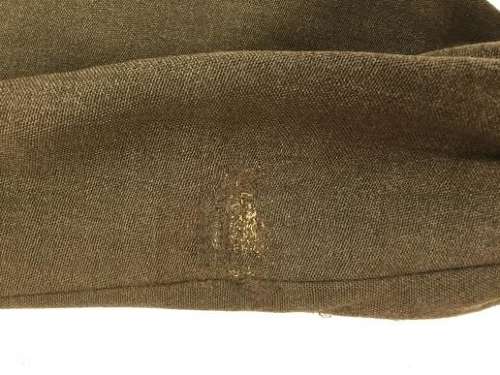 This style was popular with Officers in the interwar period and was still seen in use during the Phoney War with the BEF. With the introcudution of Battledress however they became less and less popular and weren’t seen much again after the Dunkirk.

The knickers are essentially the same as Service Dress trousers but are cut short with a cuff in the style of golf trousers or pluses that were popular in the 1930s. They would have no doubt been more practical in the field than trousers but were in many respects a fashionable alternative to breeches.

This particular pair still retain their original label inside the the waistband. Made by ‘C.F. Johns and Pegg’ of Clifford street London and still with the orignal owners name ‘Knight’ and the date ‘June 1931’ visible in ink below.

The knickers are a small size measuring at a 28” waist.

I would describe the condition as well used. There are numerous period repairs; some of which have been done very nicely and add some real character. There are other holes and I have attempted to photograph the extent of the damage and repairs as best as I can. They do still display relatively well.

Overall, a nice orignal example of this rare inter-war item of Officers clothing with a clear and very early date. Ideal for the early war collector!