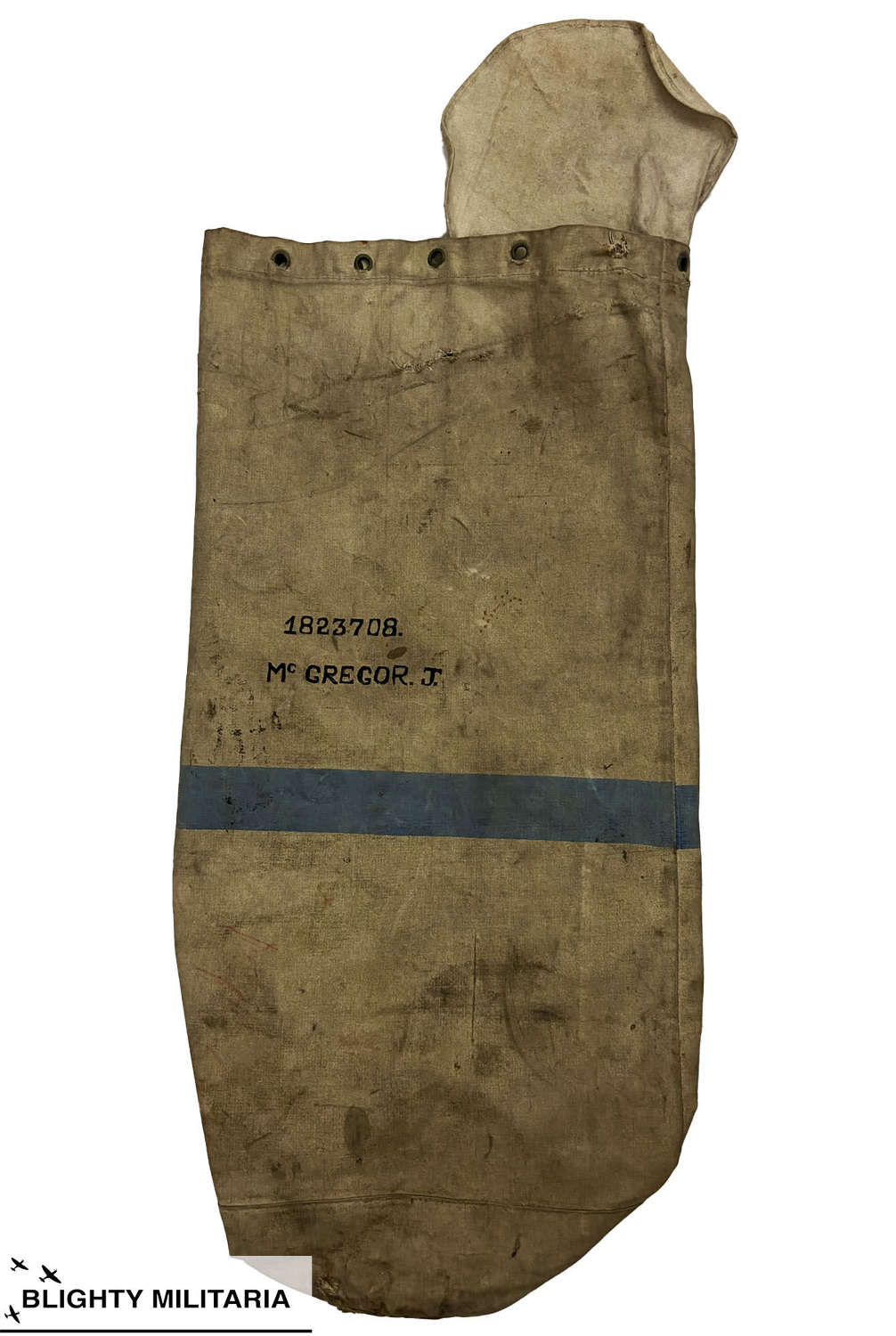 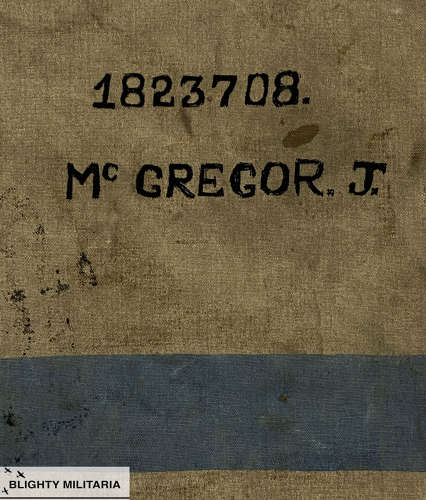 An original Royal Air Force airman's kit bag which belonged to a Warrant Officer who served in Bomber Command during the Second World War.

The kit bag is the standard pattern issued throughout WW2 and is made from a white coloured canvas material. It features a blue painted band around the waist as well as the original owner's name and serial number. There is no date inside the bag but it is a wartime example, as are all of John's other items which are currently offered on my website.

The bag is in used condition but displays well. A few brass eyelets are missing and there is some staining etc.

A nice original wartime item which belonged to an aircrew member who flew during WW2.