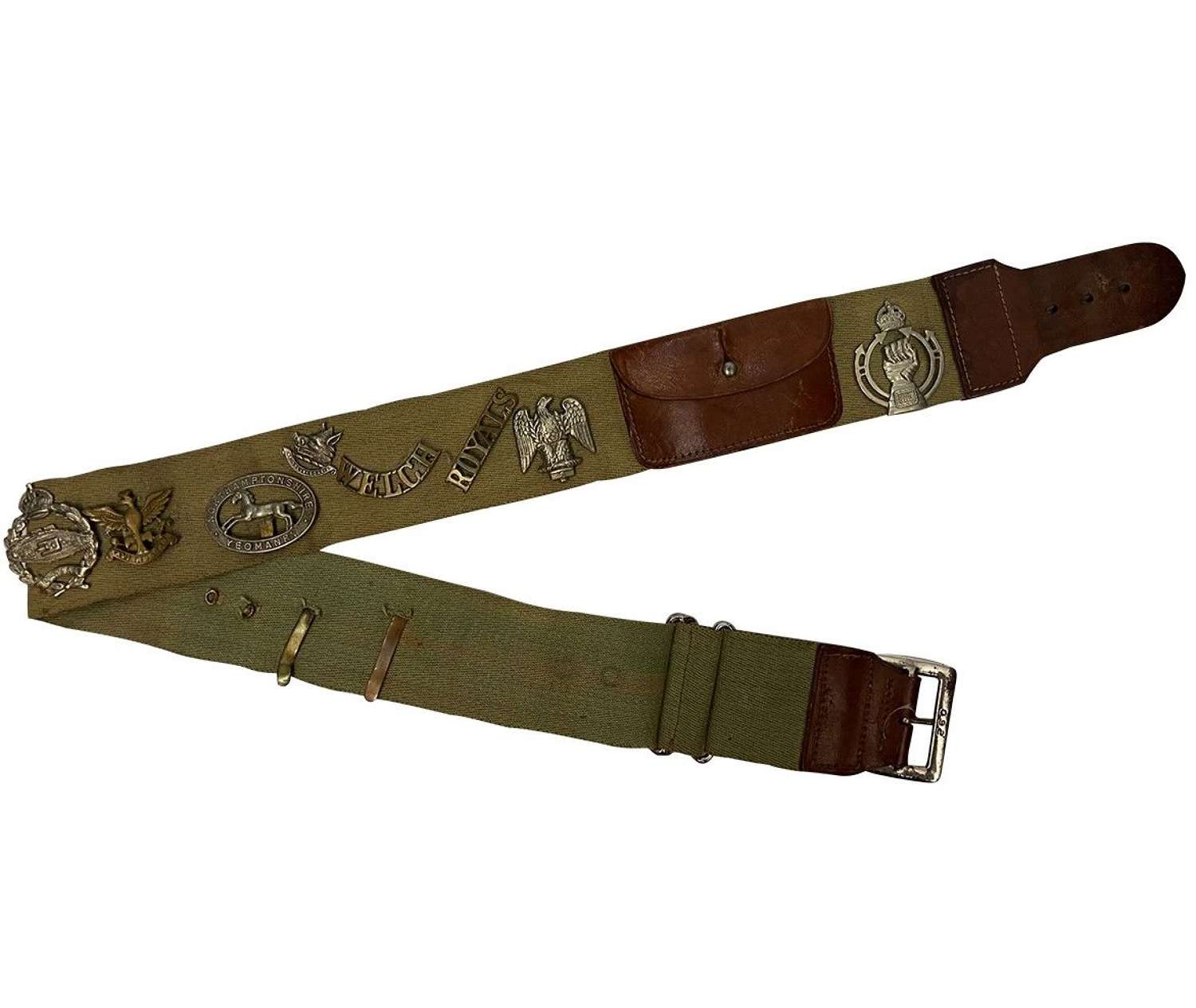 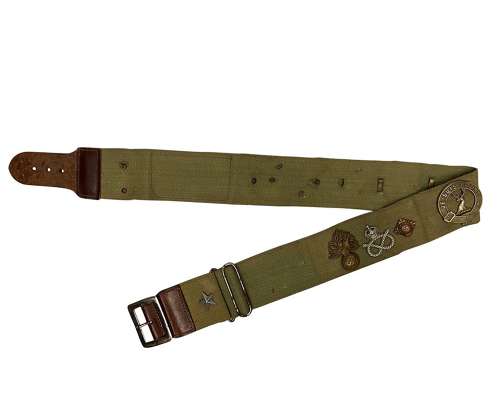 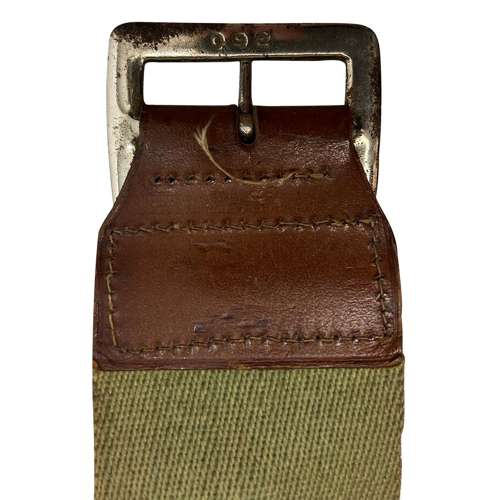 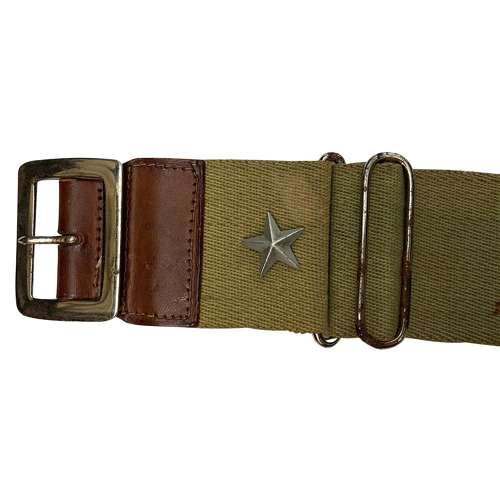 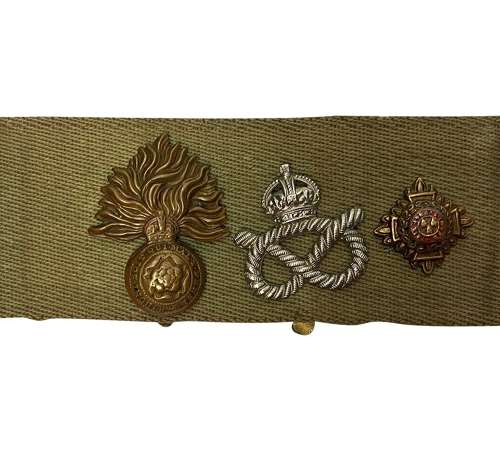 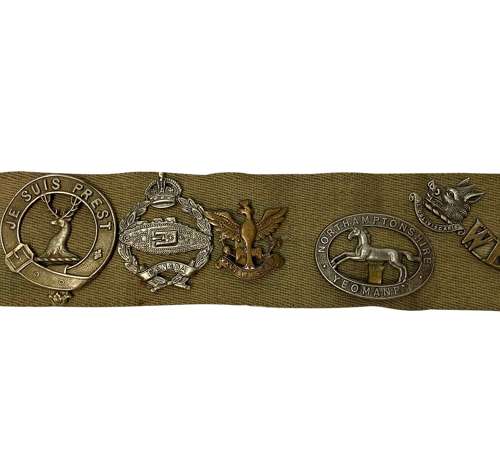 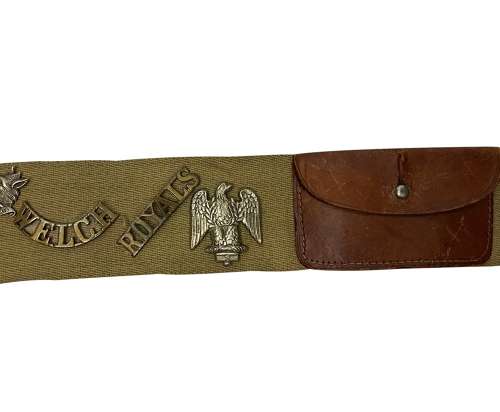 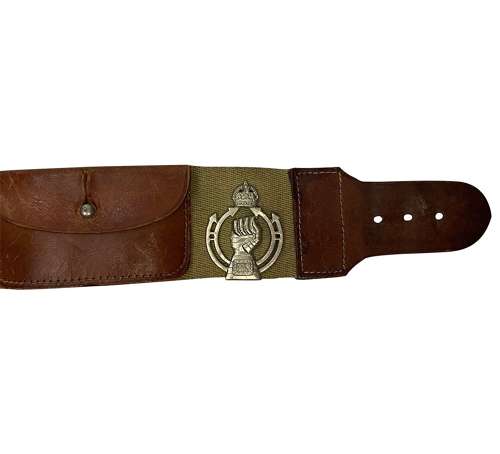 An original British Army Trophy belt dating from around the time of the Second World War.

These belts were often referred to as 'hate belts' and became popular during the Great War. They are now an iconic item and were used in many period films to show that a character had had previous military service.

The belt is fitted with a wide range of badges, all of which pre-date 1953 and include: Royal Fusiliers, South Staffordshire, Lovat Scouts, Canadian Tank Corps, 16th Hussars, Northamptonshire Yeomanry, Royal Armoured Corps and Royal Scots Greys cap badges as well as Welch and Royals shoulder titles amongst other badges.

The belt is in nice condition and displays well. In its current state it measures at 34" but will adjust down to 31" before getting to the first badge. It should therefore be a good fit for someone of around a 30-32" waist.

A fantastic original belt with tons of character. You won't find one the same!