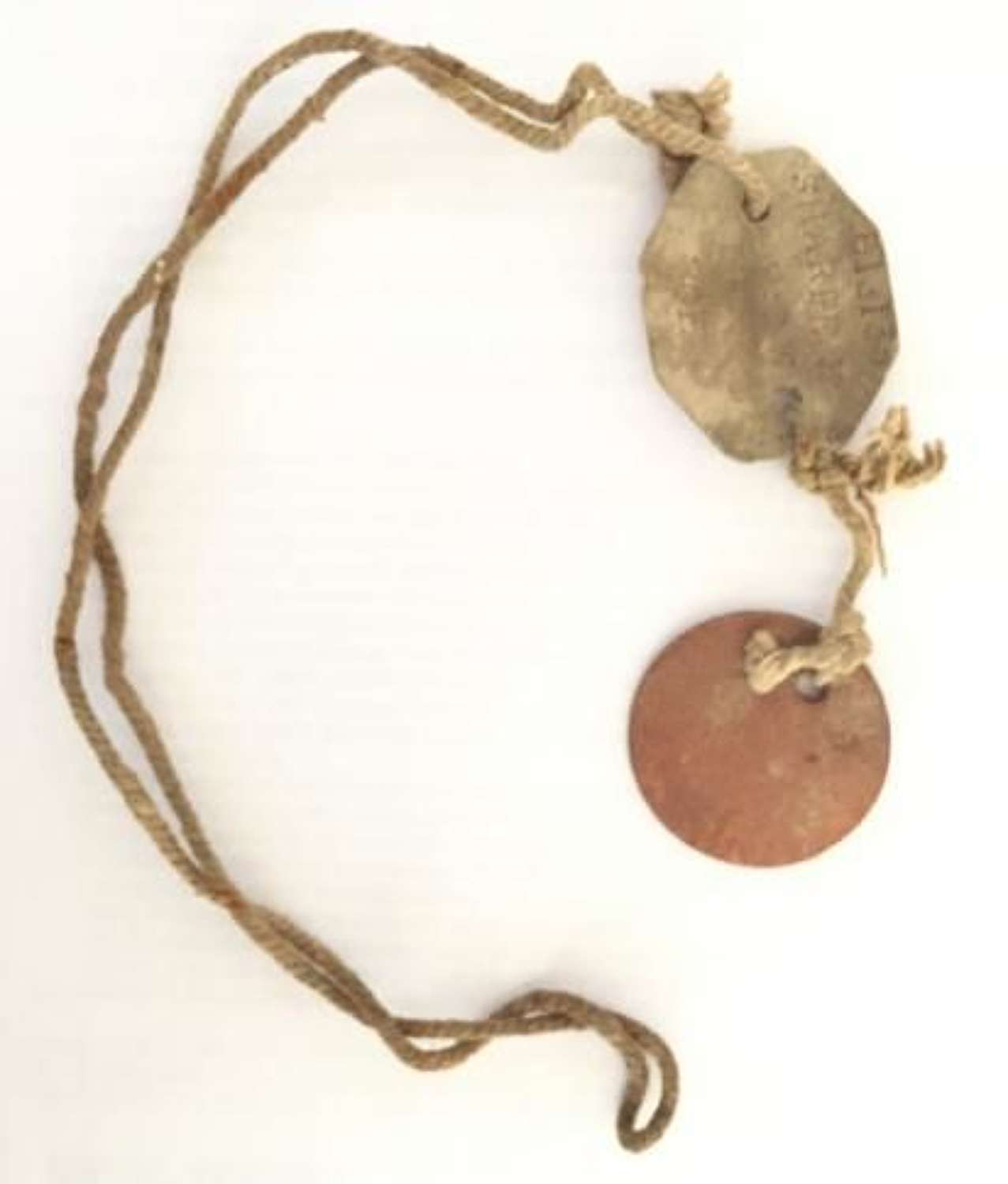 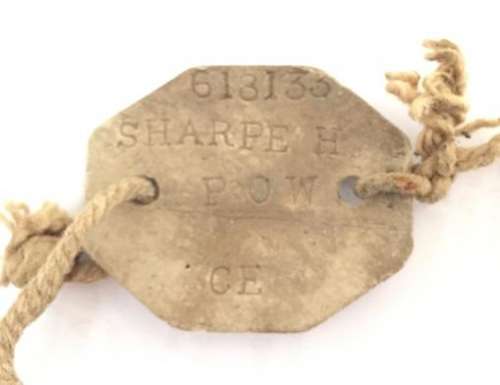 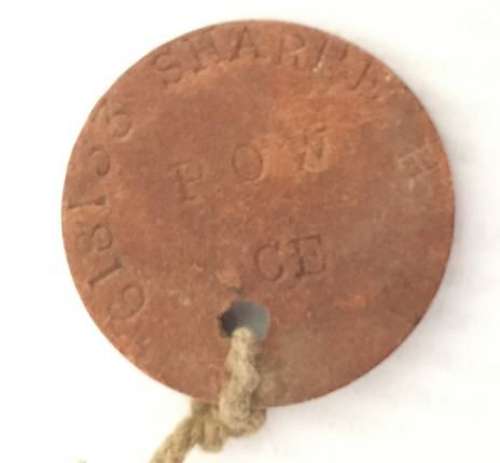 The regimental number suggests the H Sharpe joined up in the inter-war period or in the early stage of the Second World War. The number is part of a block allocated to the East Surrey Regiment.

Interestingly the dog tags are also stamped 'P.O.W' suggesting that Sharpe was captured and became a prisoner of war. It certainly makes this a more interesting set than are usually found.

The discs are in good condition with all the information still clearly legible. The string is clearly the original string which is another nice feature.