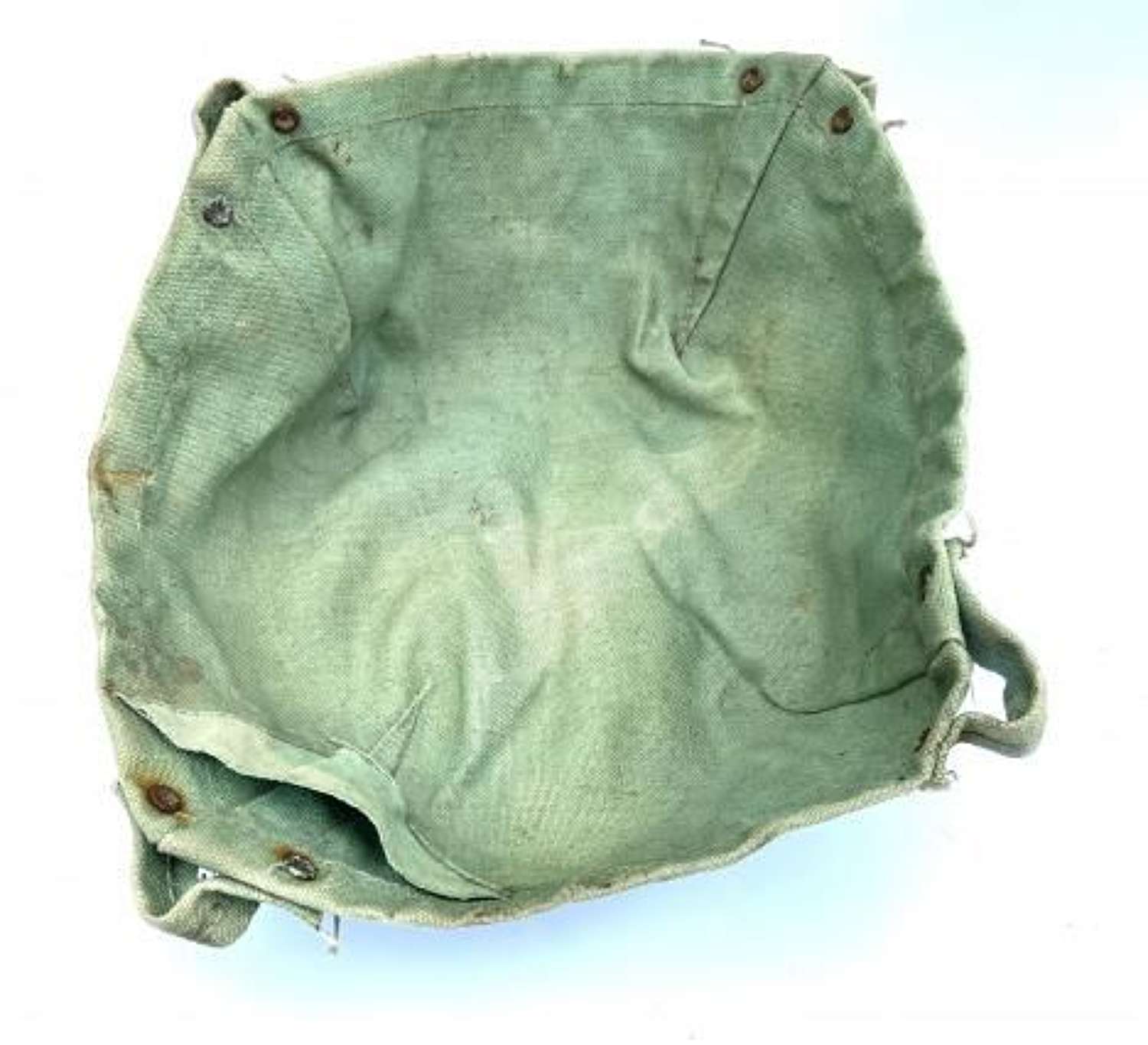 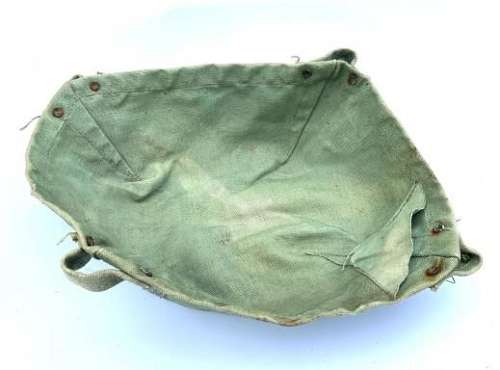 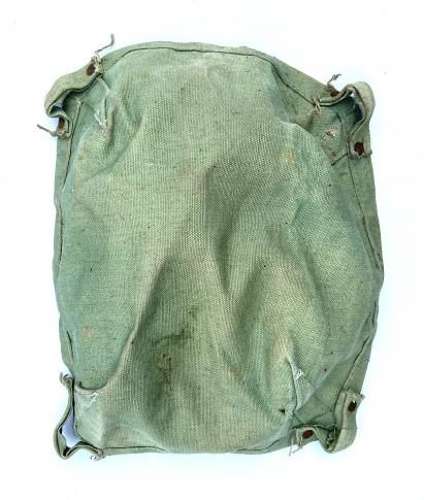 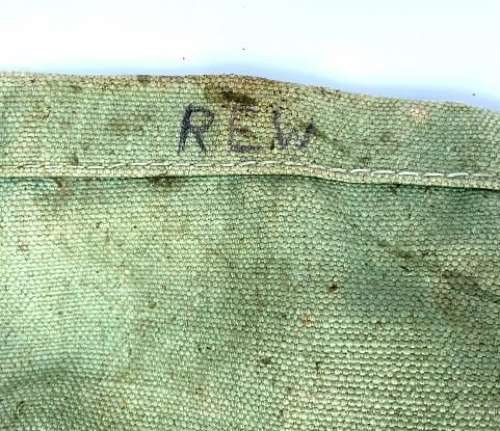 This item formed part of the British officers campaign set is designed to be mounted on a set of wooden fold out legs. It is made from the pea green coloured canvas that wartime officers campaign items tend to be and features loops to support the wooden legs and a small soap pocket. The original owner has marked his initial in ink which read 'REW'.

The bowl is in good condition although it has plenty of signs of age. The metal rivets have signs of corrosion and there are plenty of stains.

A reasonable example of a WW2 officers campaign item as used by the British Army and the RAF.