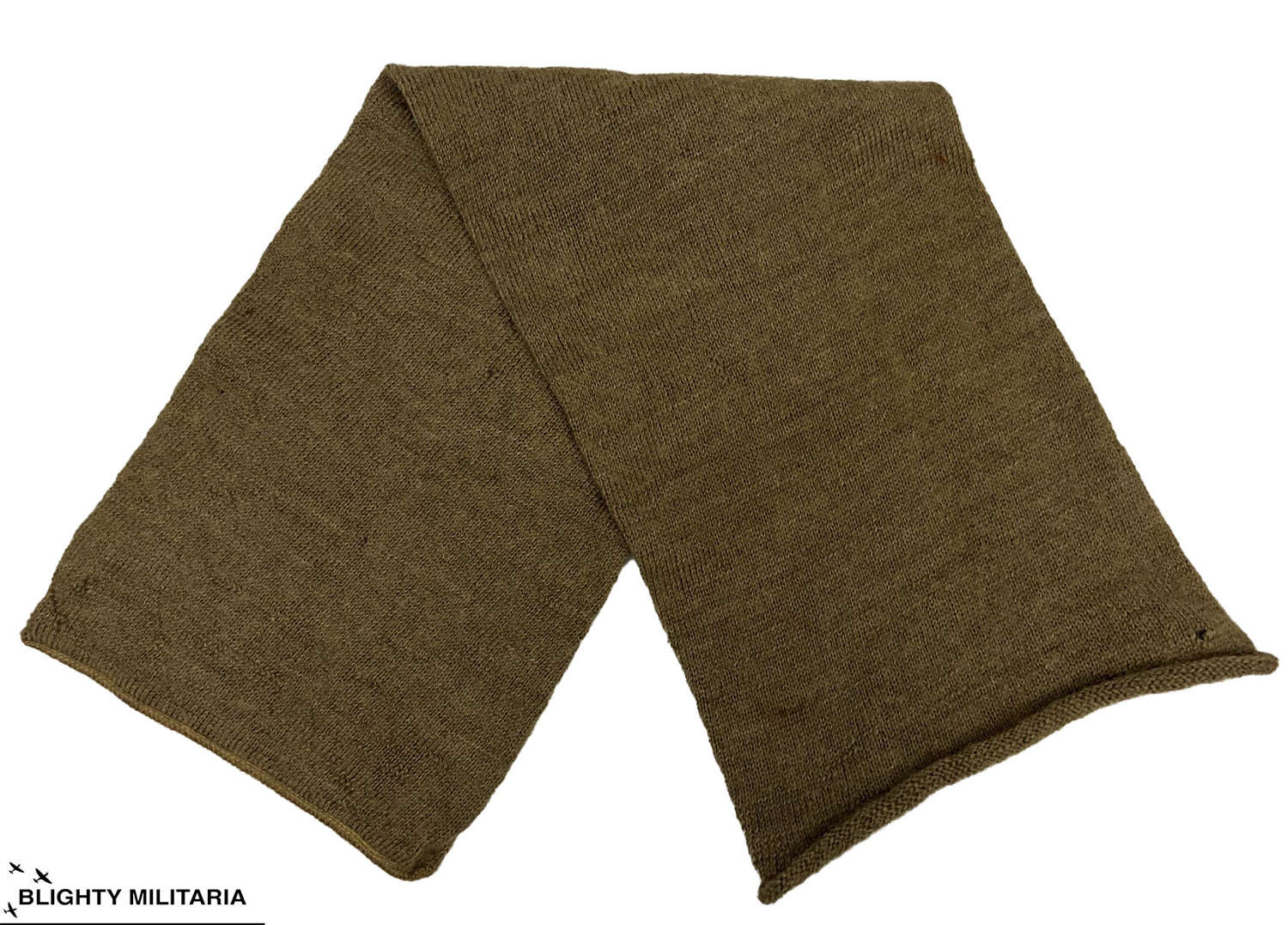 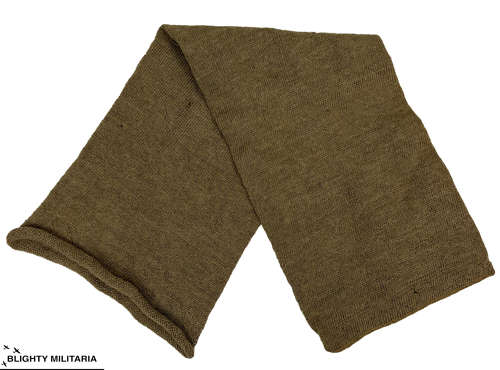 These hats were issued to all men serving in the British Army and were carried in the small pack. They could be worn tucked into the greatcoat as a scarf or folded to make a hat, the style of which is now synonymous with the Commandos.

The overall condition is good although there are numerous moth nips across the item. It still displays well none-the-less.

This came with a wartime grouping and is a guaranteed wartime example.

All in all, a good original example of a British Army Cap Comforter in the sought-after light shade.