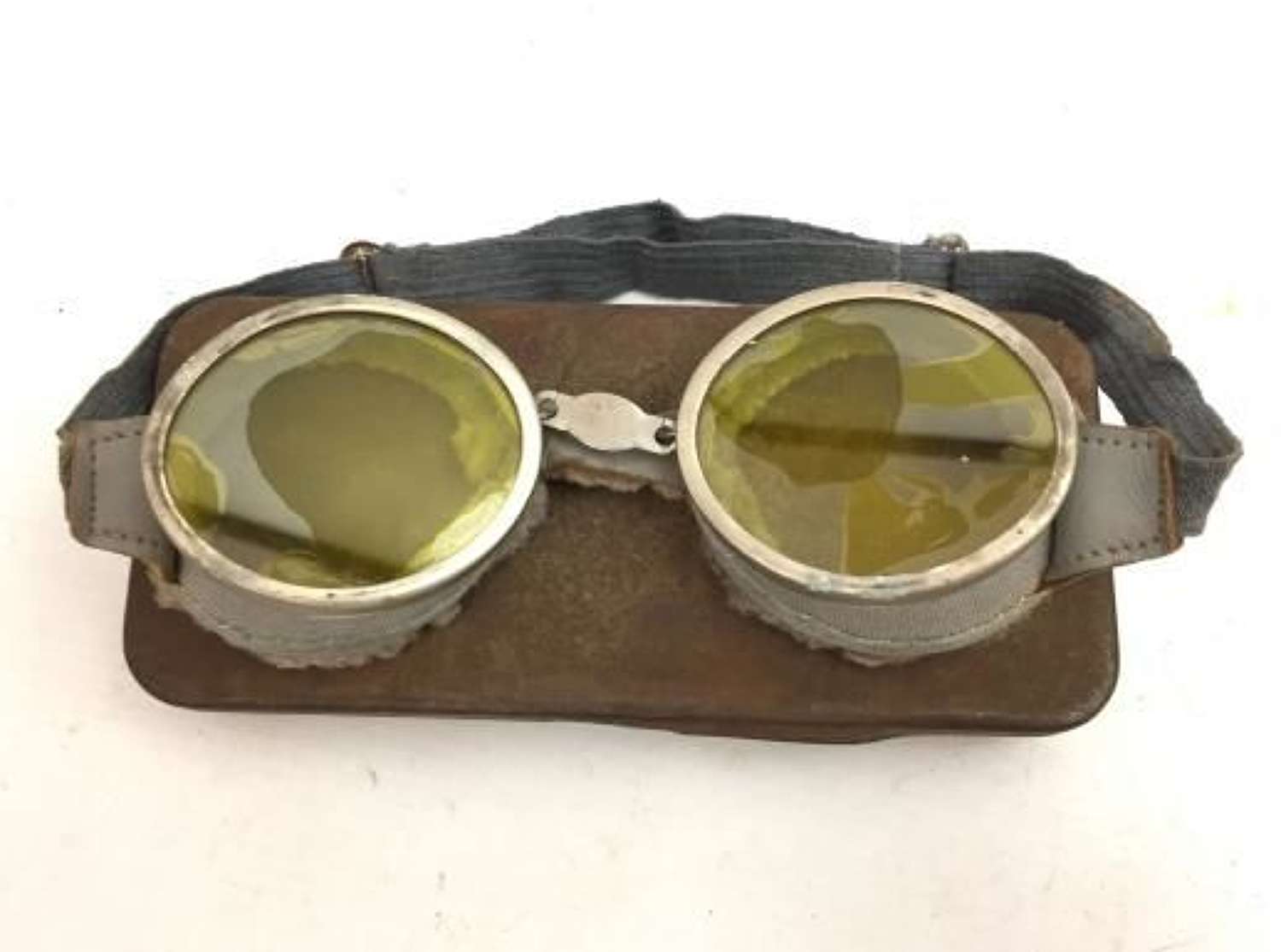 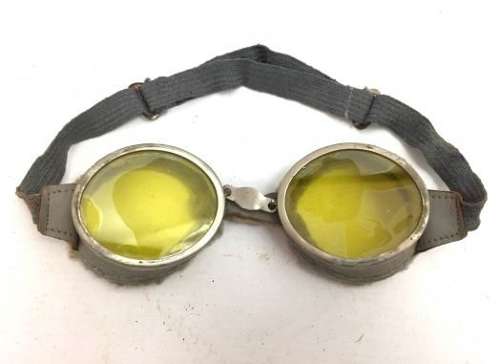 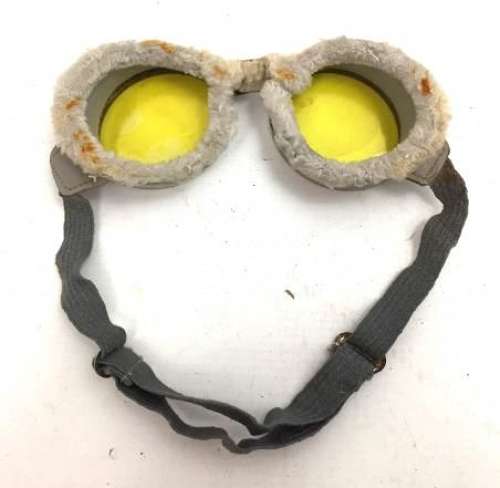 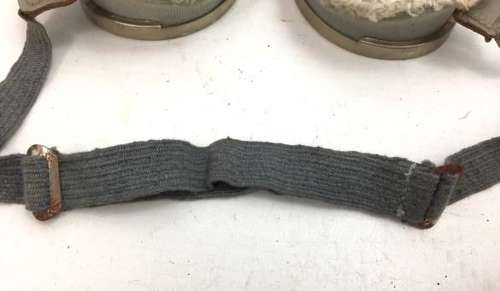 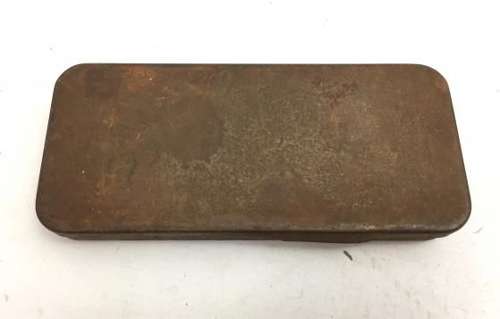 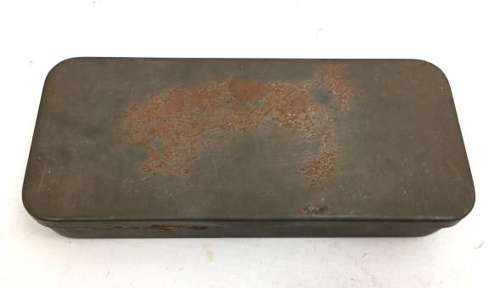 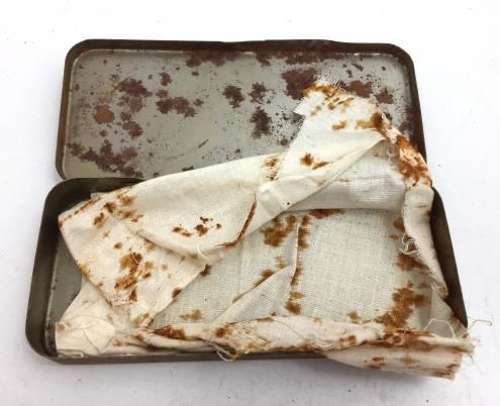 SOLD
An original pair of British Army MT goggles with yellow tinted lenses as used throughout the Second World War by tank crews, Dispatch Riders, Jeep Drivers and many more.

The goggles are the round shape as issued during WW2 rather than the round teardrop shape also seen in contemporary pictures. They feature yellow tinted lenses, grey leather work, oatmeal coloured fur around the edges of the grey dyed stockinet eye pieces and a grey elasticated strap.

The goggles come complete in their original metal tin. Later on these metal tins were replaced with leatherette or cardboard cases due to economy measures making this a nice early example.

The condition of the goggles is good and they don’t seem to have seen any use. The lenses are reasonably clear showing only limited signs of delamination and the strap still retains a good amount of elasticity. The do however have some rust spots and slight corrosion to the metal adjusters on the strap. The box also has signs of age and corrosion as can be seen in the picture.