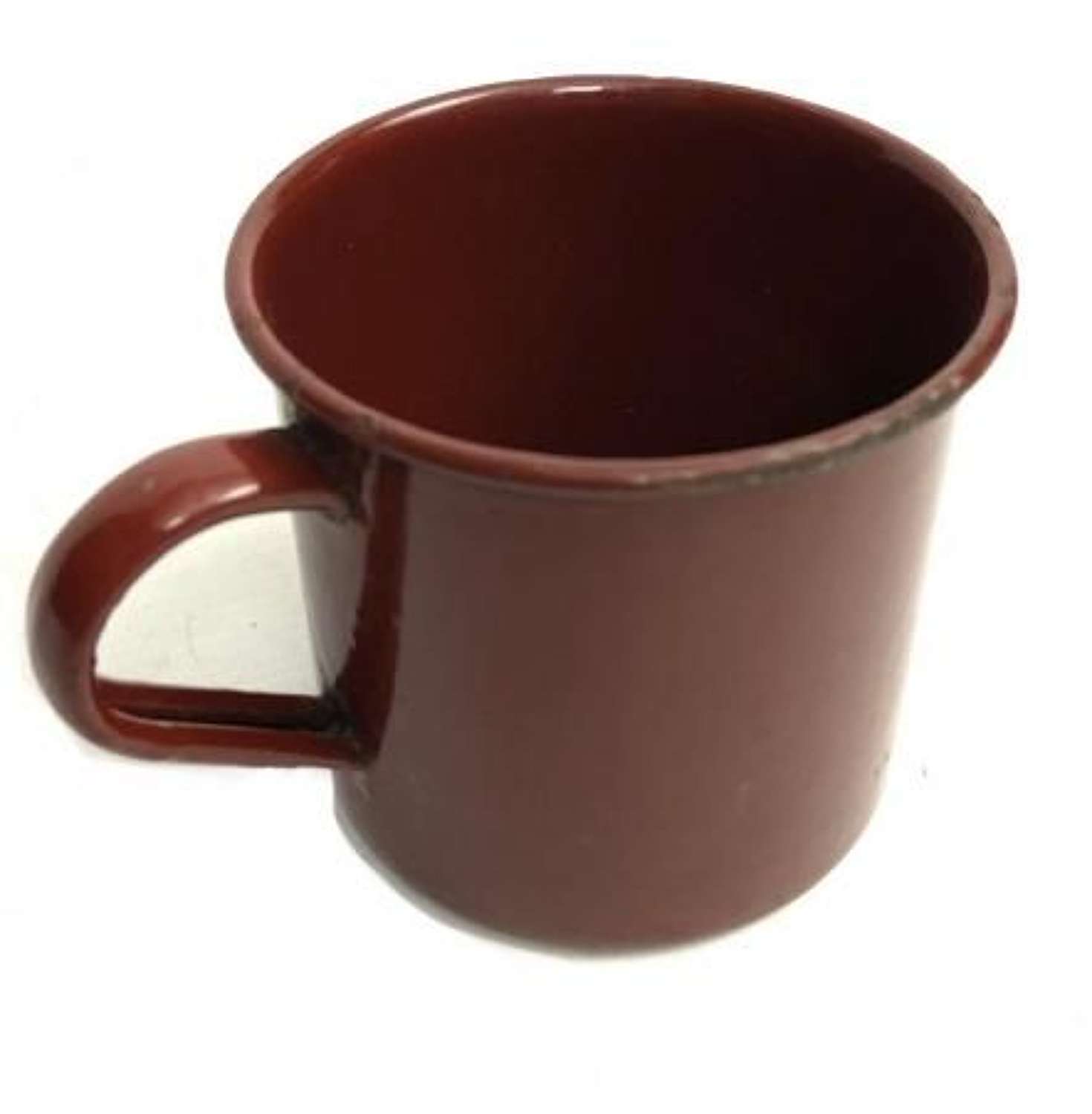 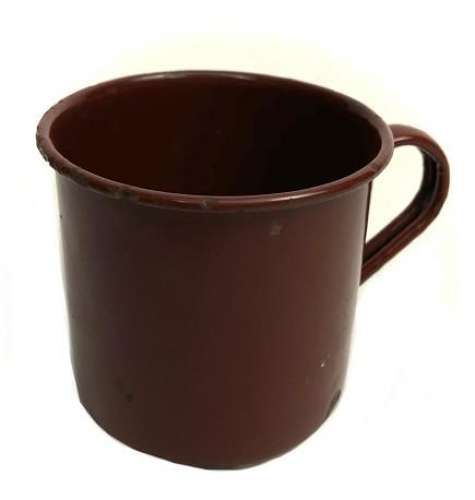 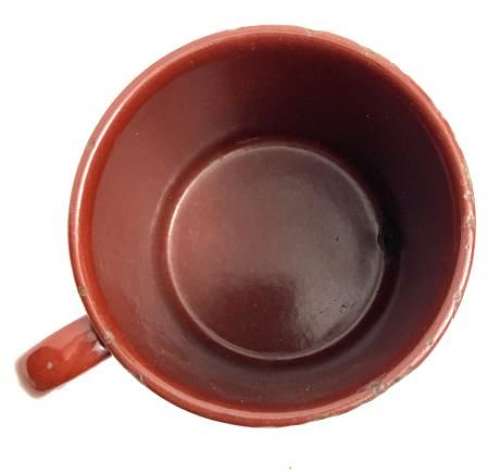 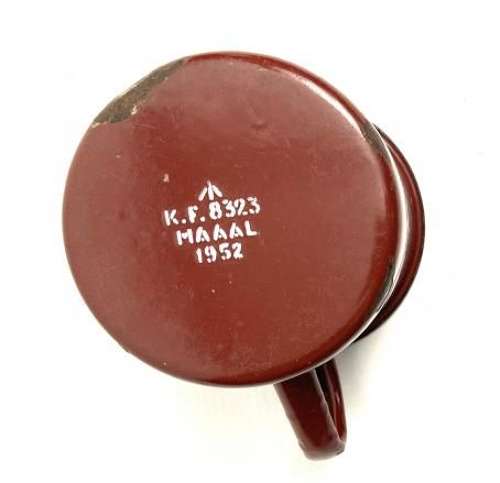 An original British Army Brown Enamel mug of the same pattern used in the Second World War but dated 1952.

The enamel mug is synonymous with the British Army during the Second World War and this type in brown was introduced sometime in the mid-war period, staying in issue well into the 1950s.

This particular example is in good condition with only limited signs of wear and use in the way of a few chips. It is a clean usable example but please study the pictures for a better idea of overall condition.

This would be ideal for someone collecting Korean War British items or as a stand in for a war dated example.