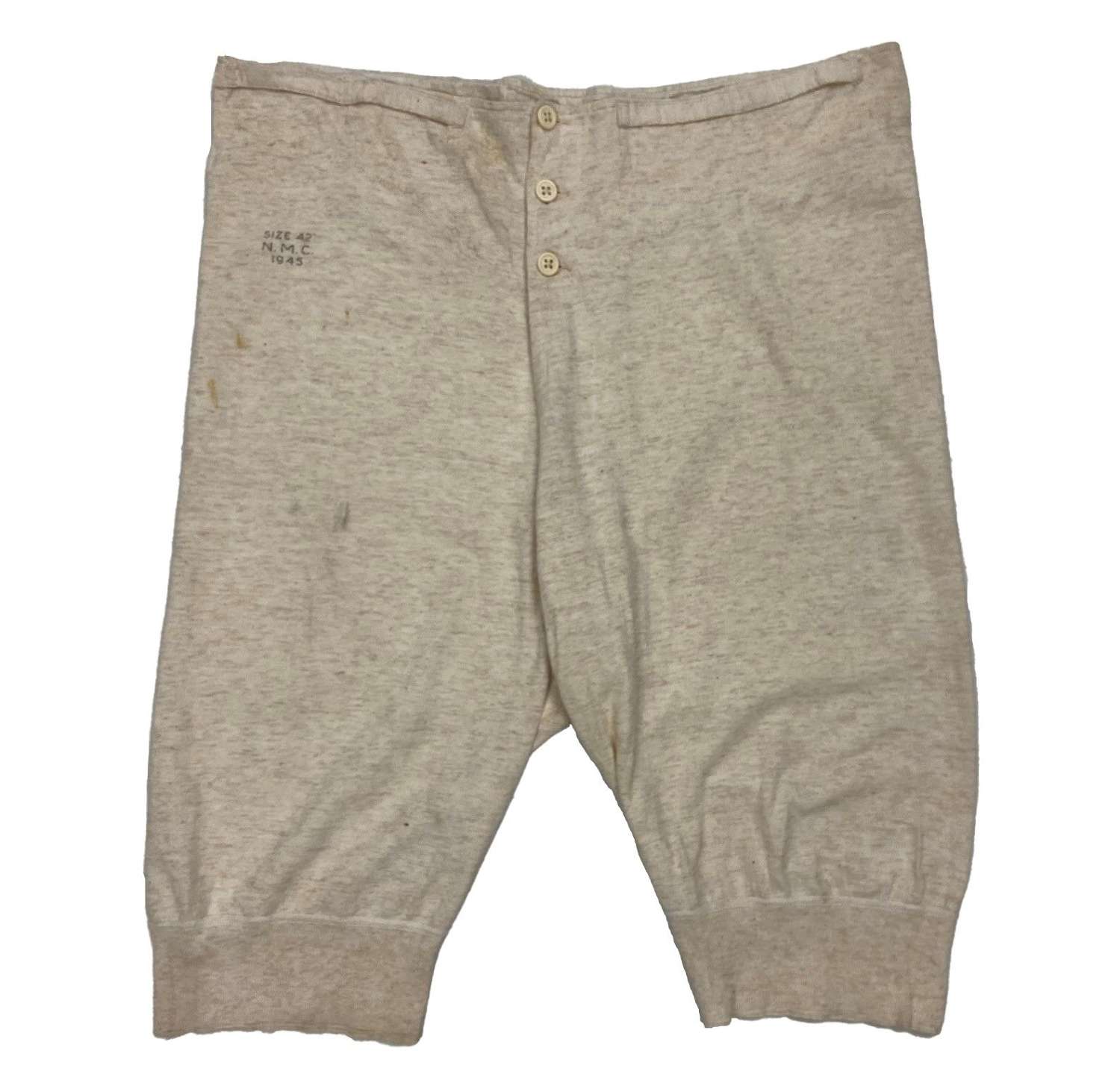 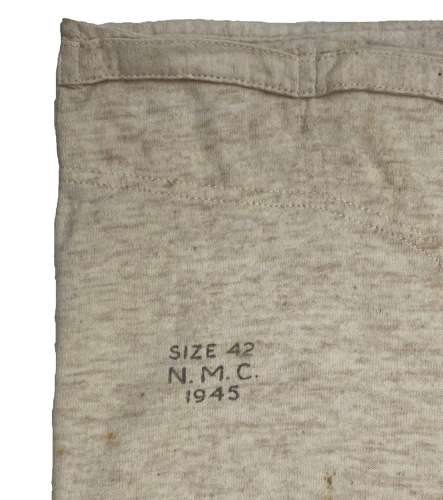 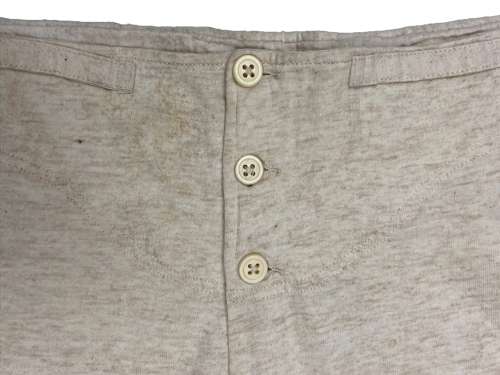 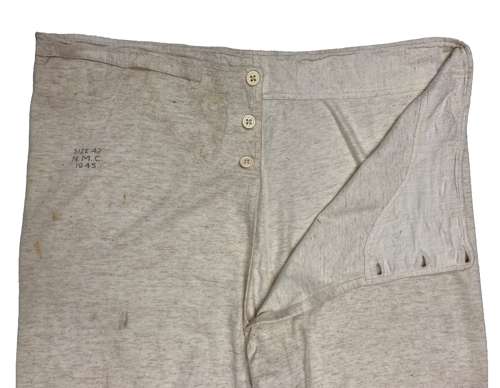 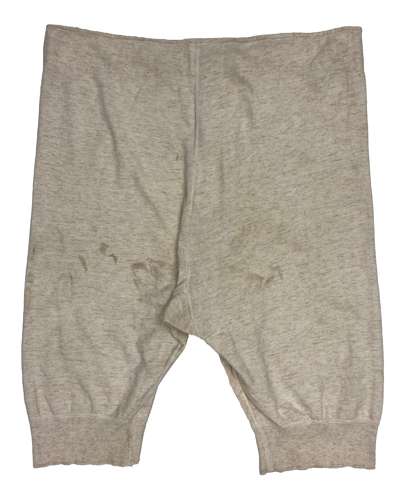 An original pair of British Army woolen underpants as issued throughout the Second World War to members of the British Army and RAF.

Typical of those made during the war, these shorts feature a long opening to the front with three buttons to the top, loops for braces to be passed through and cuffs to the bottom of each leg. To the front of shorts are the makers initials of 'N.M.C' and the 1945 date. The size is also stated as 42. Sizing during this period seems to usually equate to chest size rather than waist size for some reason.

The shorts are in good condition for their age with no serious signs of wear and use. There is some staining as is shown in the pictures.

A good original wartime dated example of a piece of British uniform.