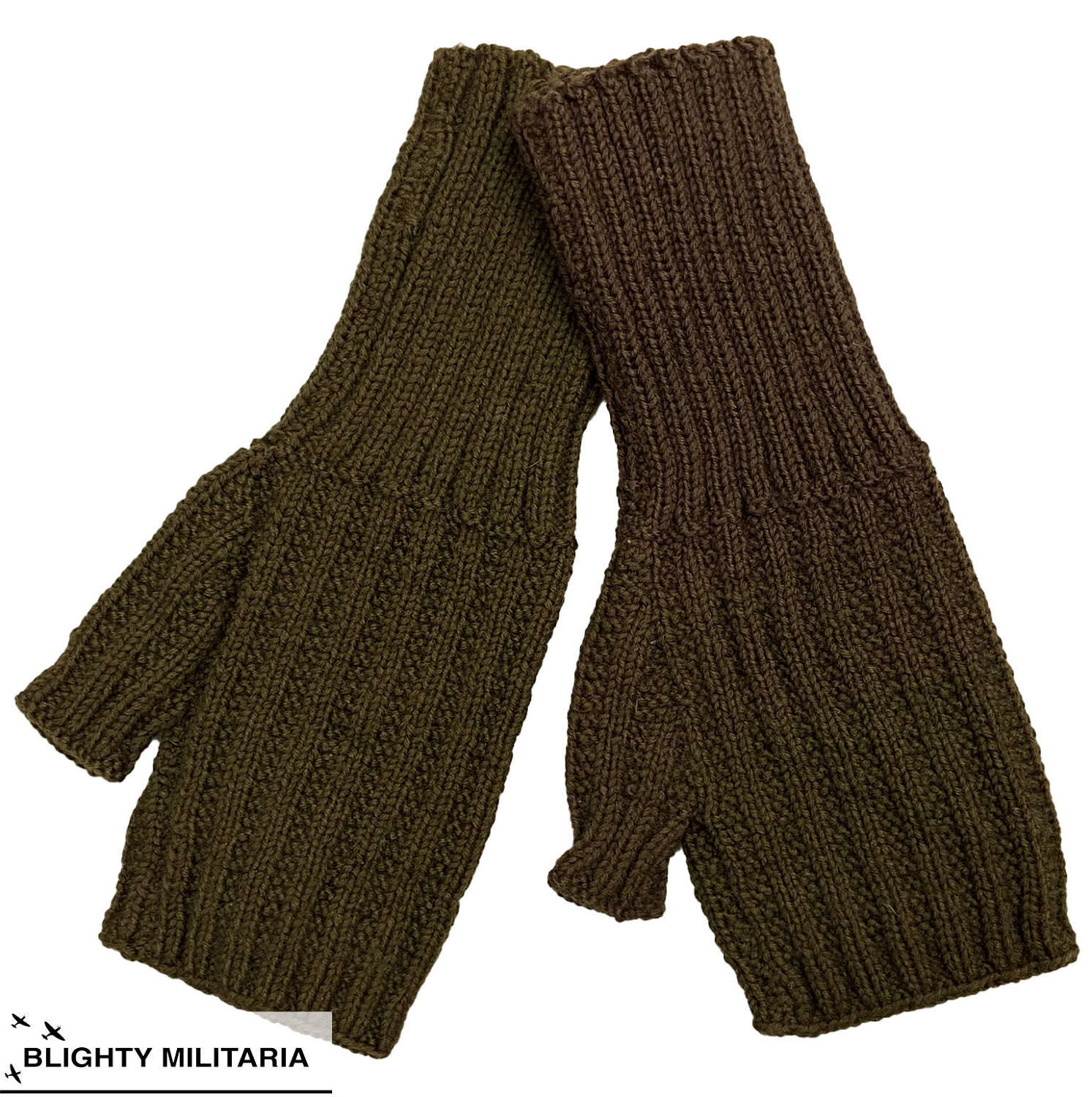 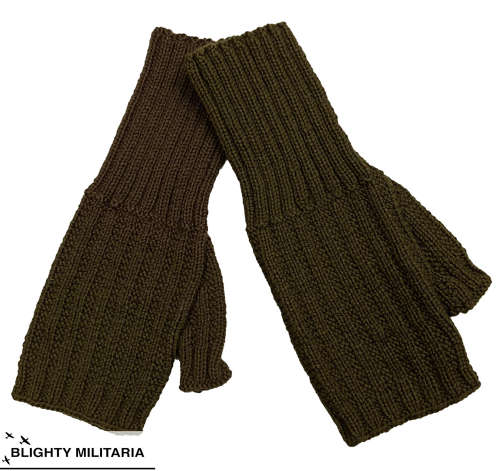 An original pair of unworn 1945 dated British Army fingerless gloves which belonged to Captain John Campbell Mantell M.B.E. who served with the 2nd Battalion of the Royal Warwickshire Regiment during the Second World War and in Palestine.

This pattern of gloves was produced for all ranks during the Second World War but are now very hard to find today - Especially in unissued condition and with a clear date. They are made from a khaki green coloured wool and still have the loop of stitching which bound them together at the factory.

The gloves are in excellent condition as can be seen in the pictures.

These would be very hard to better as the condition is excellent, they have a clear date and they are attributed to an infantry officer.