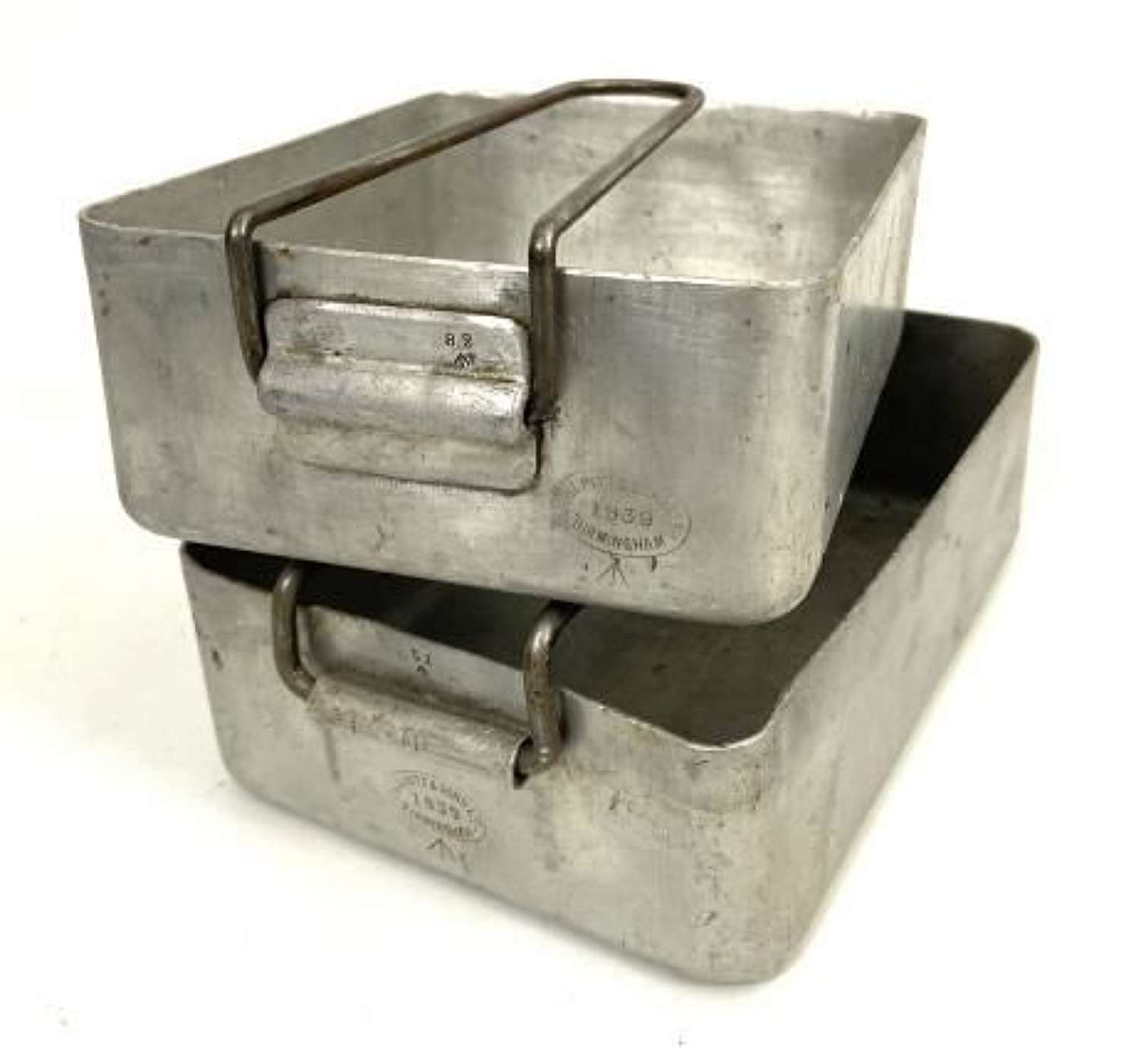 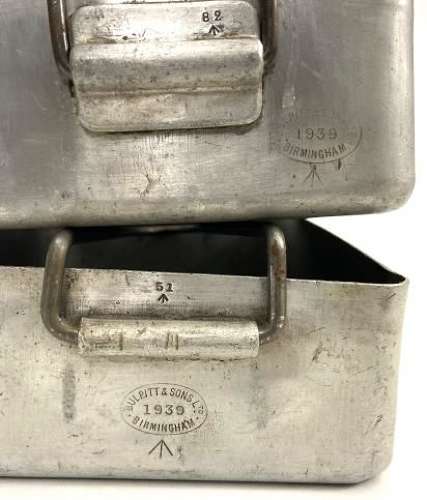 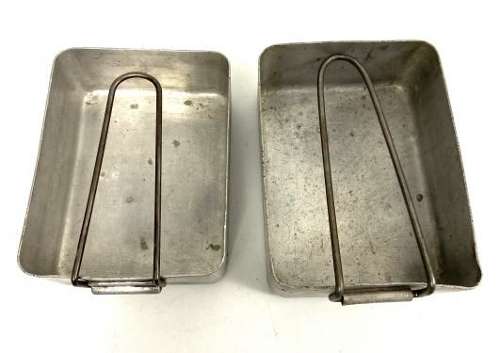 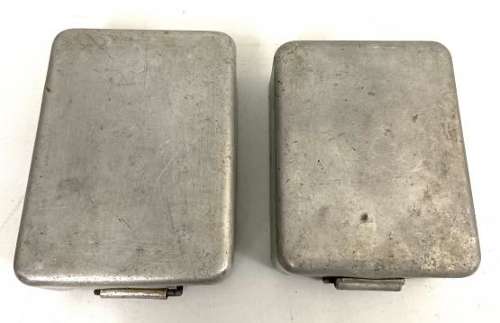 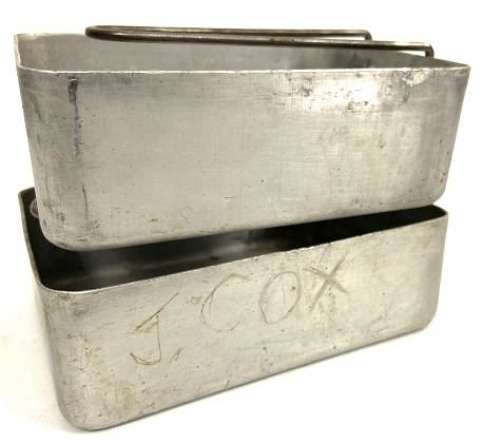 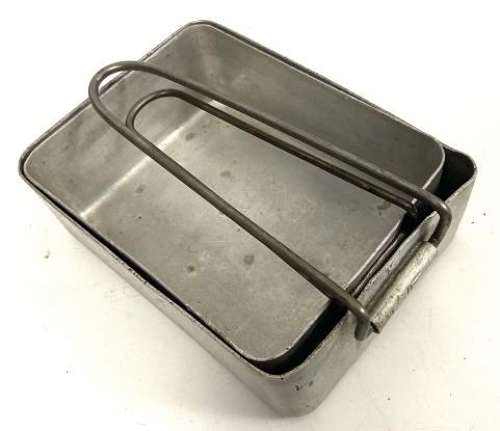 SOLD
An original set of early British Army Mess Tins found in the BEF sector of Northern France at the end of last year.

This matched set were made by ‘Bulpitt & Sons Ltd’ of Birmingham and are both clearly dated 1939. Both also feature inspector stamps as can be seen in the second picture.

Crucially, the larger of the two tins bares the original owners name ‘J. Cox’ roughly carved into it adding to the authenticity.

This set were found by us in the Arras area of France along with two other named sets and are guaranteed original BEF items. Anyone who knows their history of the campaign will know that a large portion of soldiers were stationed in this area during the Phoney War as well as the Battle for France.

This pattern of mess tins was replaced in the months immediately after the evacuation from Dunkirk making them very rare today. They are not often seen for sale on the open market and almost never have provenance as good as this!

A rare opportunity to own a piece of BEF history!