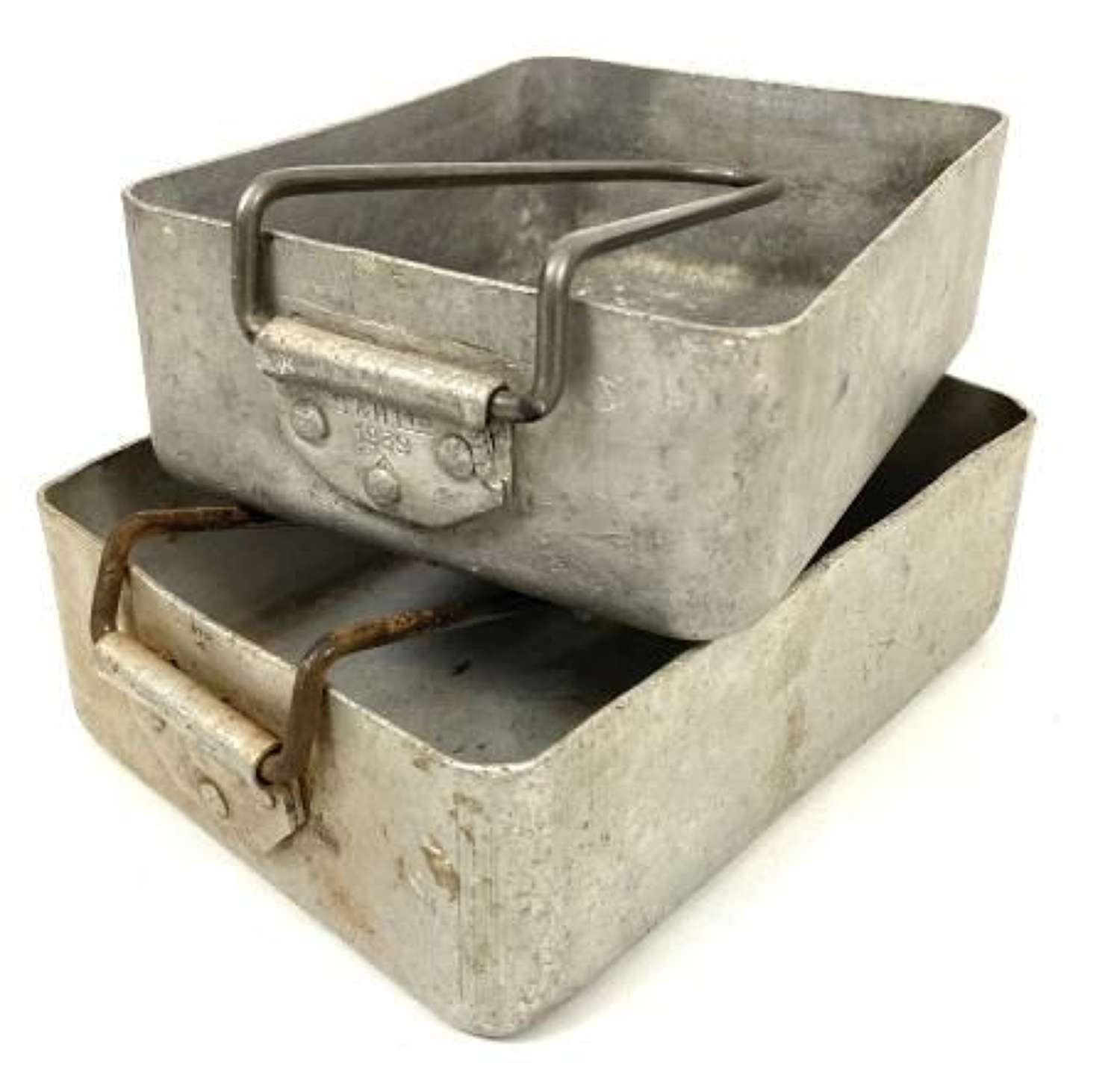 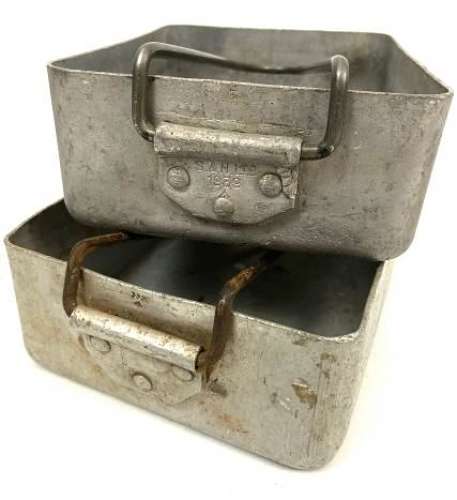 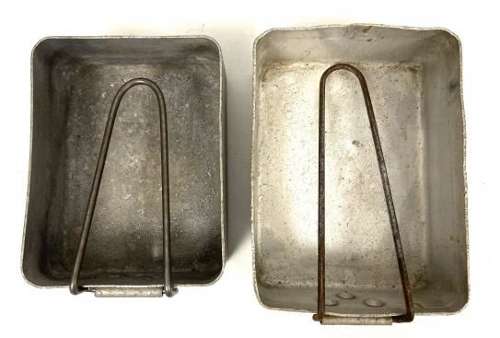 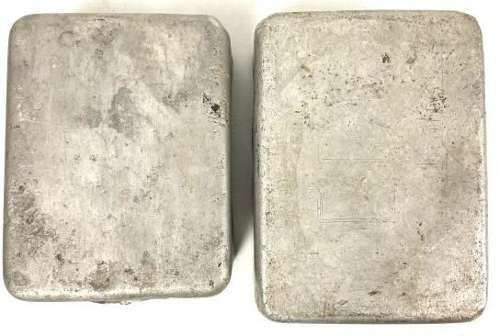 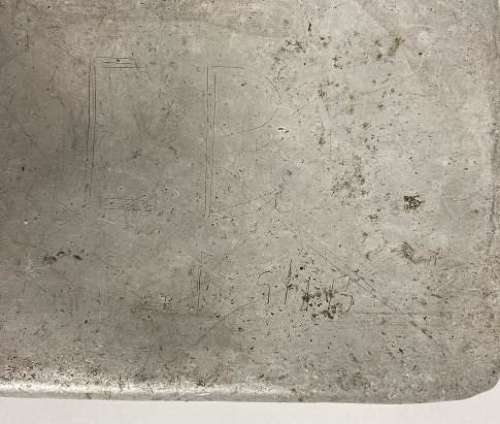 SOLD
An original set of early war aluminium British Army Mess tins as used by the BEF in France in 1939 - 1940.

These mess tins were found in France and were almost certainly left behind during the retreat. Whilst only one of the tins is maker marked and dated they are clearly a set and were found together. It is possible that this manufacturer only marked one of two tins as the construction is the same on both.

Importantly, the tins have been marked to the base by the original owner with the initials 'E.P' which adds a nice element of authenticity to this original issued set.

The larger of the two tins is marked 'S & H Ltd 1939' and bares the War Department broad arrow below this. Both tins are also inspector marked as can be seen in the second picture and is another nice detail.

The mess tins are in reasonable condition for their age with plenty of signs of use and wear etc. Please study the pictures as they form part of the description.

All in all a nice and very authentic set of early war mess tins which would make a great addition to any BEF collection!