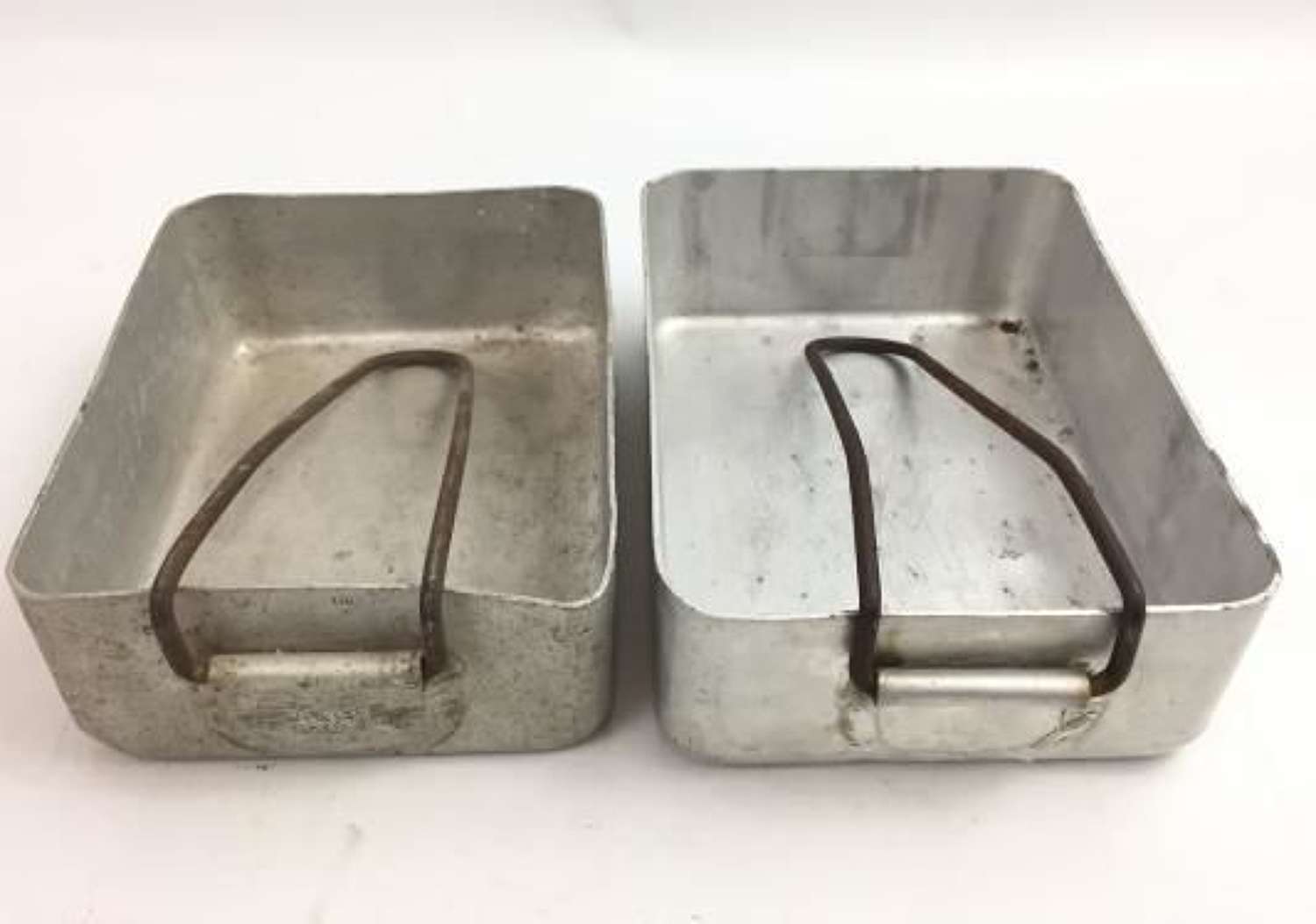 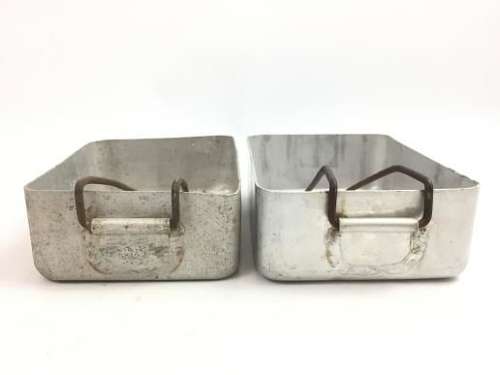 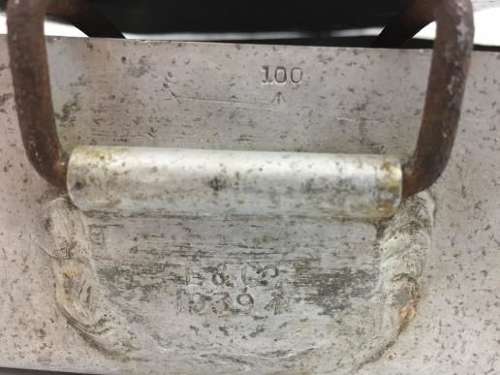 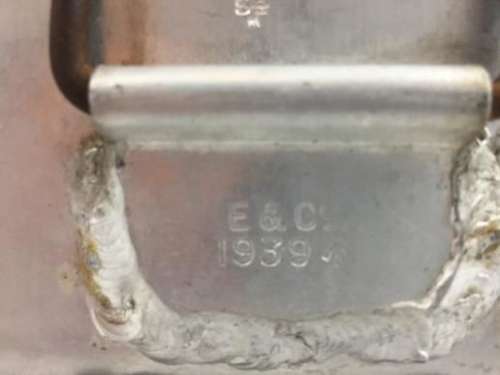 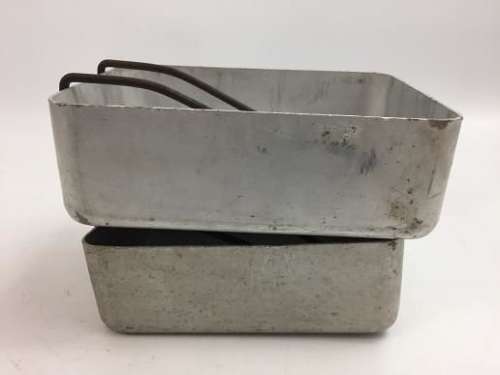 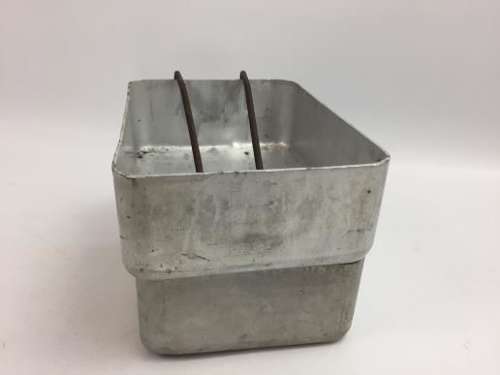 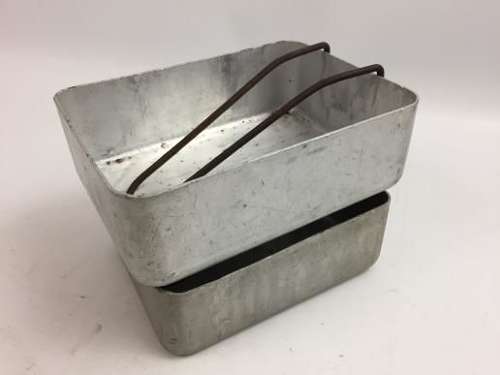 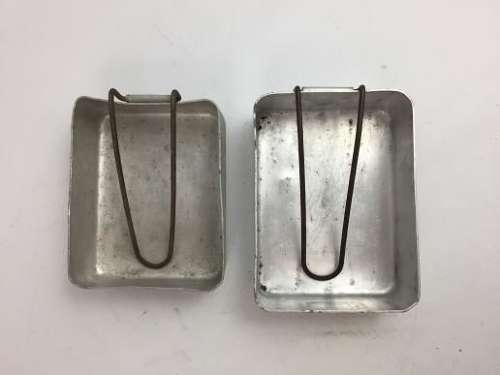 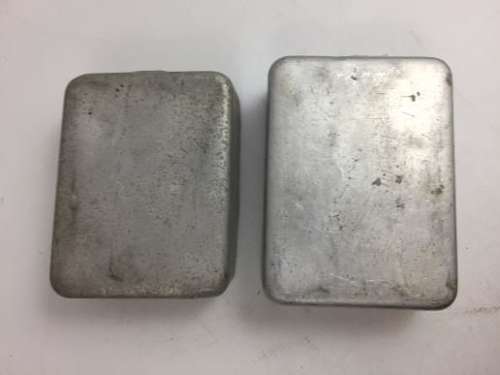 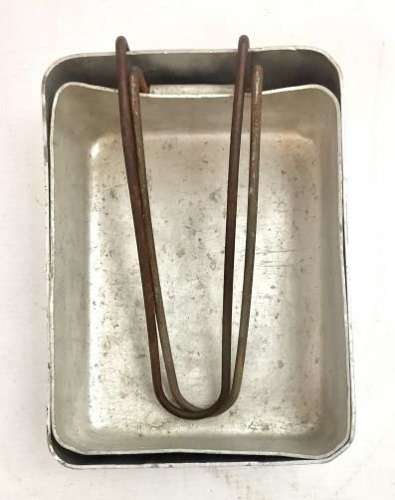 These rare early mess tins are different to the standard issue wartime mess tins usually seen on the market. The examples here are the first pattern which are made from aluminium and are formed in a very square. The corners are much more angular than the standard war time pattern as you can see in the photographs.

Both mess tins are by the same maker ‘E & Co’ and dated 1939. They both also bare inspector stamps which is a nice feature.

Interestingly, this set feature welds rather than rivers which is more common on early mess tins. I believe this was a manufactures preference but makes them a nice collectable item today.

The final attribute which makes these such a nice set is the way they fit together. The smaller tin fits very neatly inside the larger tin, both having an angled corner which matches very well.

All in all, a very nice set of early mess tins which are a must have for the early War or BEF collector.