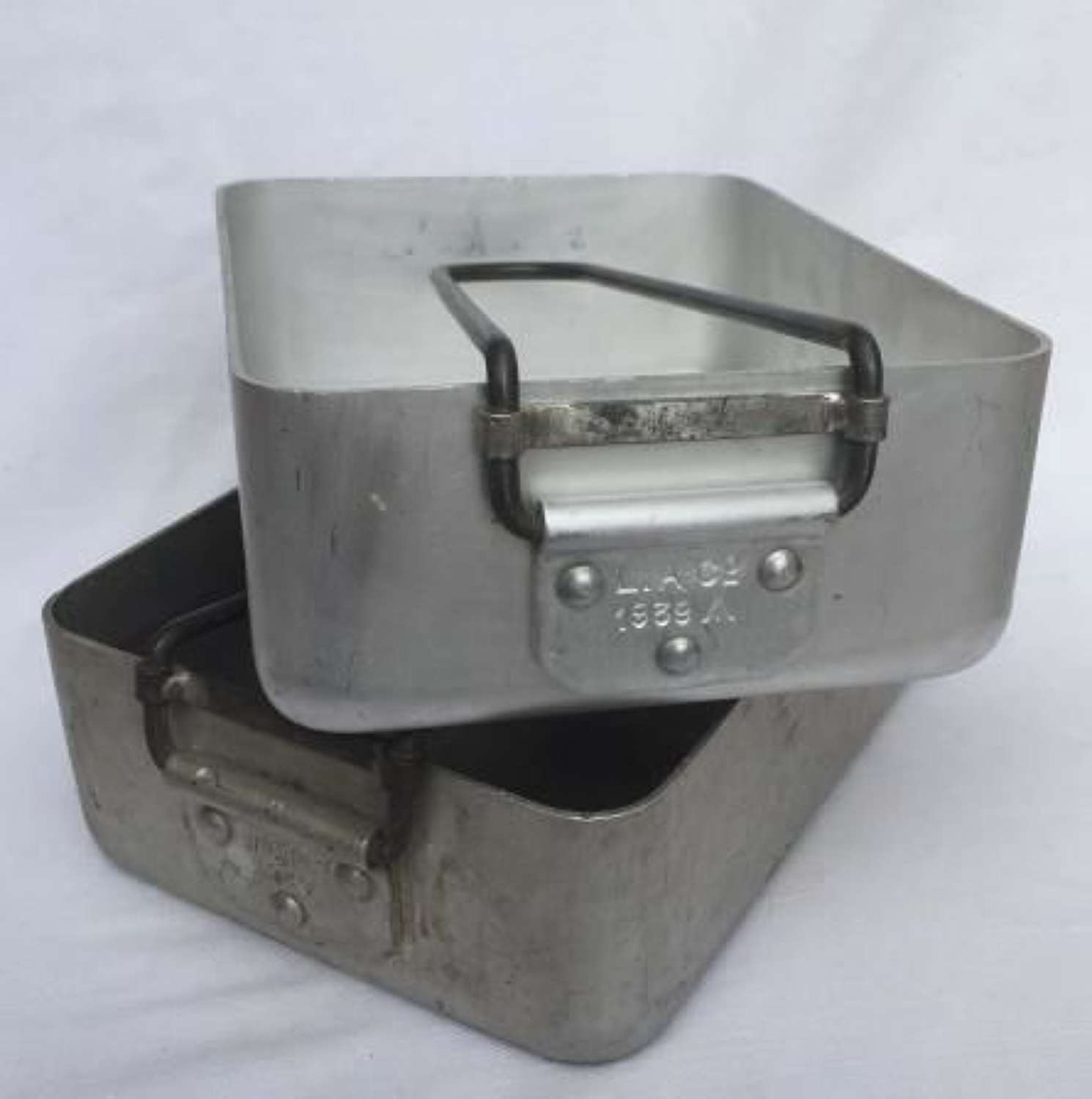 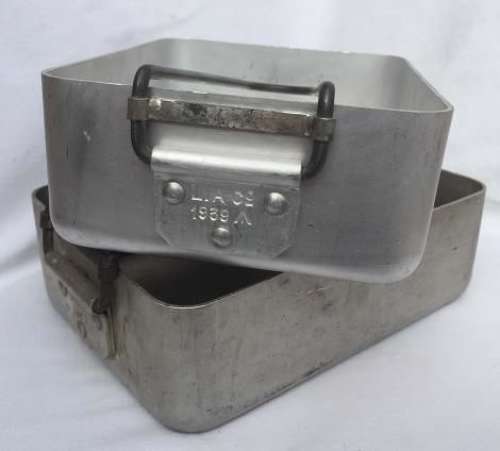 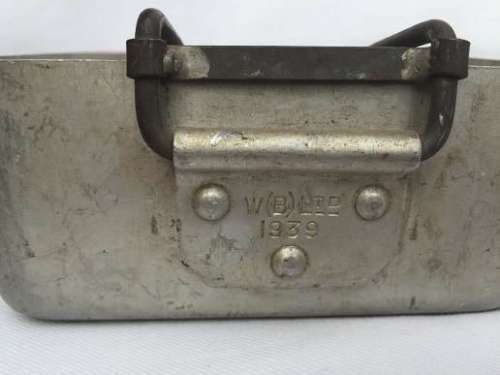 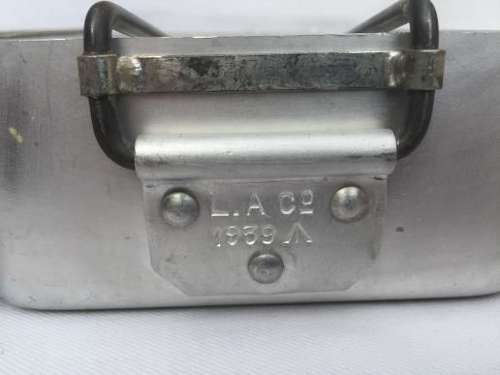 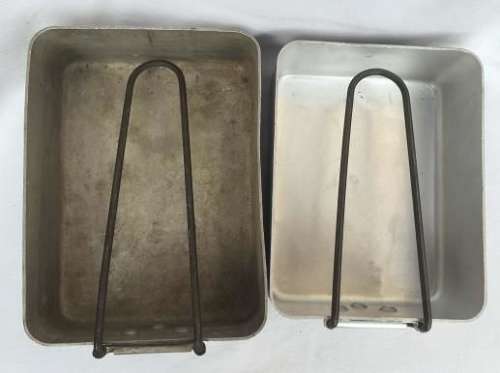 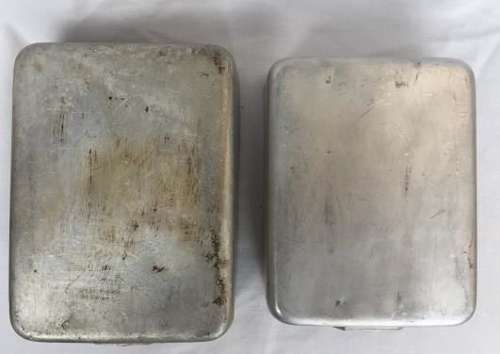 1939 Dated British Army Mess Tins As Used By The BEF

SOLD
A scarce example of the first pattern mess tins as used by the BEF in 1940, both clearly dated 1939. These mess tins were found in France recently.

This pattern of mess tin only saw use during the opening year of the war and are now very hard to come by. These mess tins are noticeably more of a square shape than the later aluminum examples.

Although not matching makers marks are on these mess tins, they are both clearly dated 1939. The smaller of the two tins is absolutely immaculate and maker marked 'L.A Co' and looks as though it has never been used. The larger of the two shows a small amount of use and is maker marked 'W (B) Ltd'. It is possible that a solider would only ever use the larger mess tin, leaving the smaller one practicality untouched.

A rare opportunity to acquire a beautifully dated set of BEF period mess tins. A must have for the early war collector!