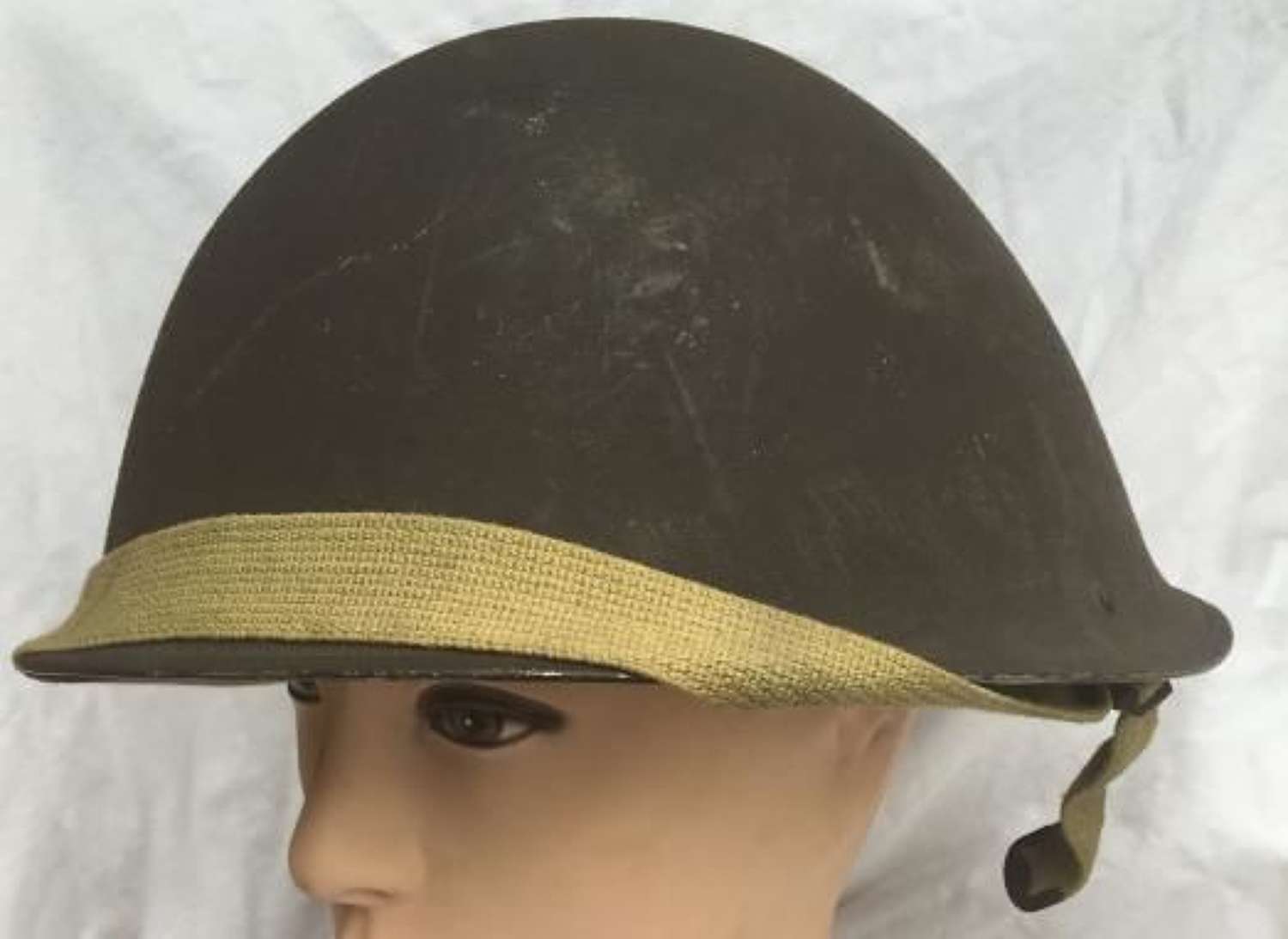 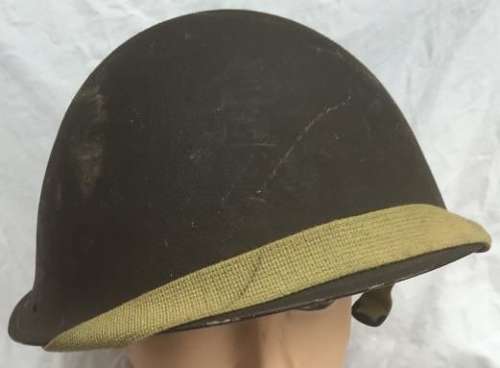 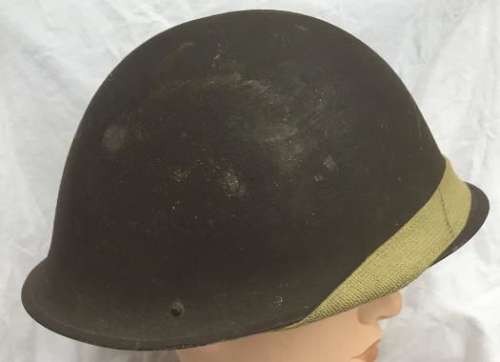 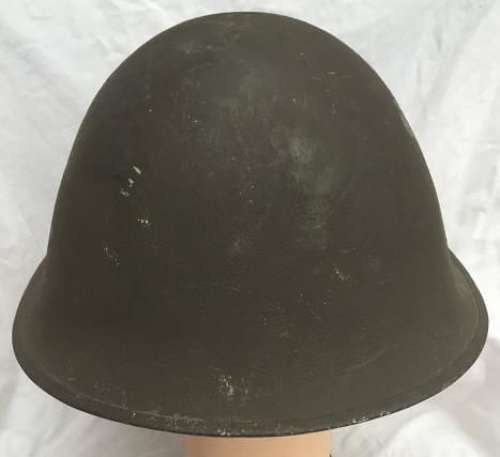 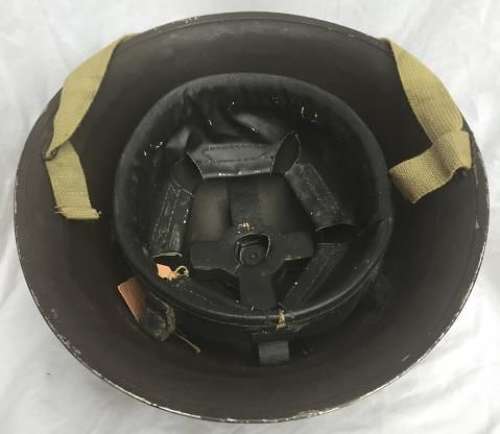 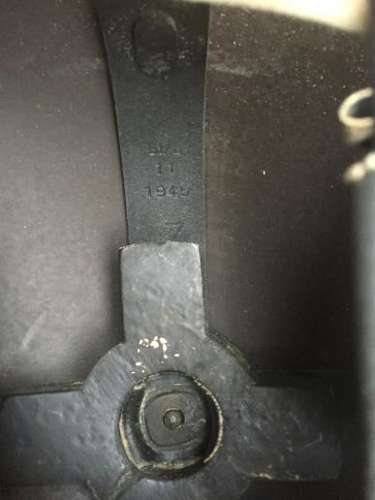 This helmet was made by Briggs Motor Bodies which were one of the more prolific manufactures of British Army helmets during the war. The 'BMB' stamp can just be made out inside the helmet but sadly I cannot see the date. This helmet has clearly never been tampered with though so is almost certainly a 1945 example.

The liner is also marked BMB and dated 1945 with a 7 below this denoting the size. The chin strap is the one piece elastic version whuch is correct for this pattern of helmet and in good condition.

The helmet has its correct sand texture finish and has been over painted just on the outside at some point. The colour used is only slightly darker than the original colour inside and is exactly what I would expect to see on a 1945 dated example.

Genuine war dated examples of MK IV helmets are scarce to come by at all, especially in such exceptional condition!