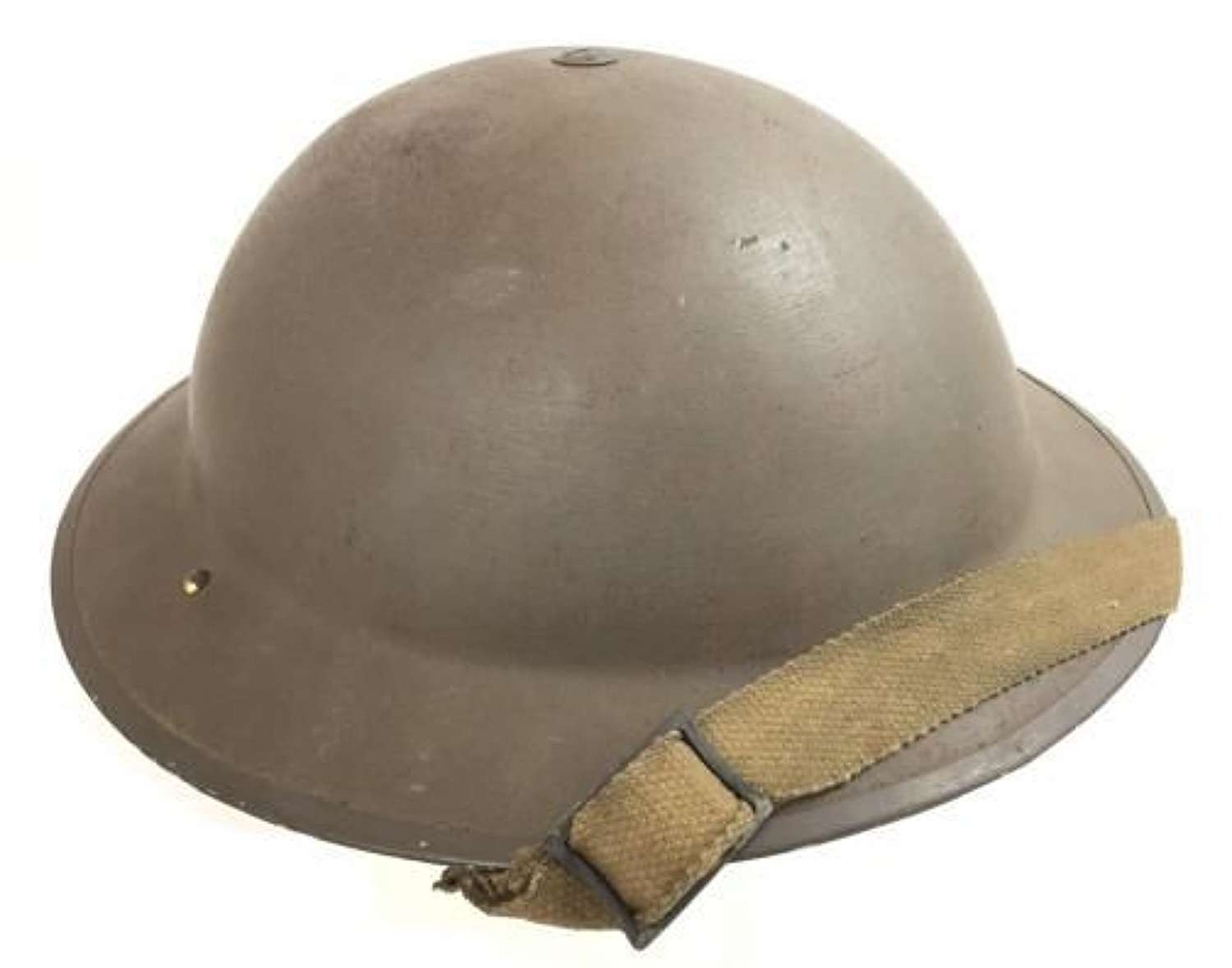 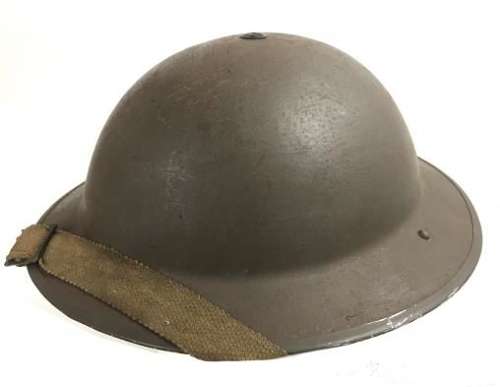 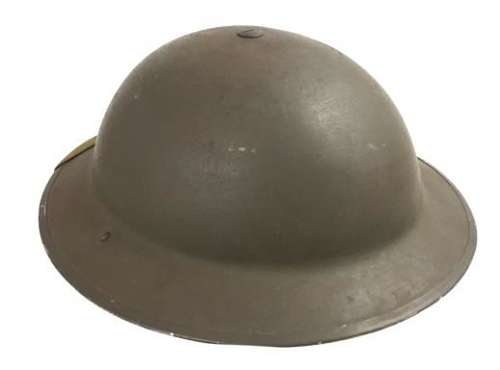 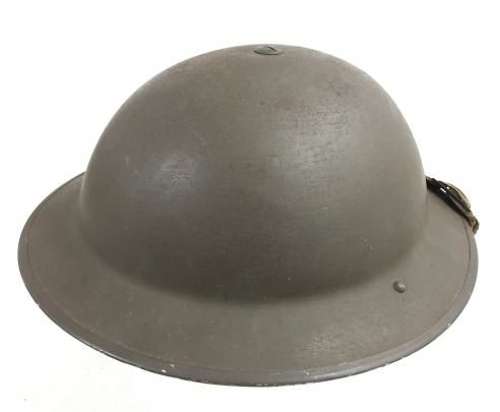 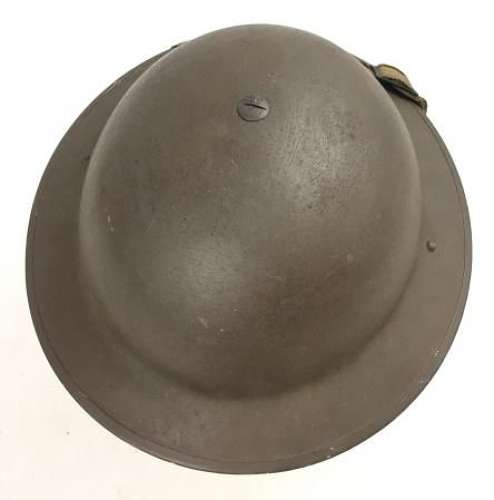 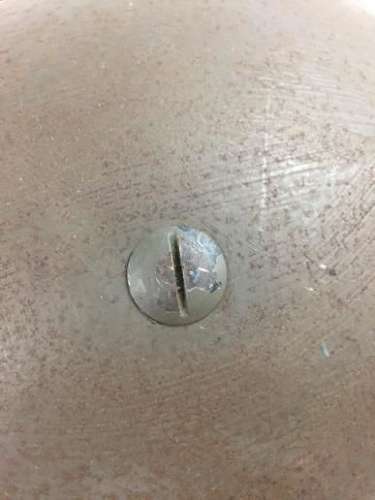 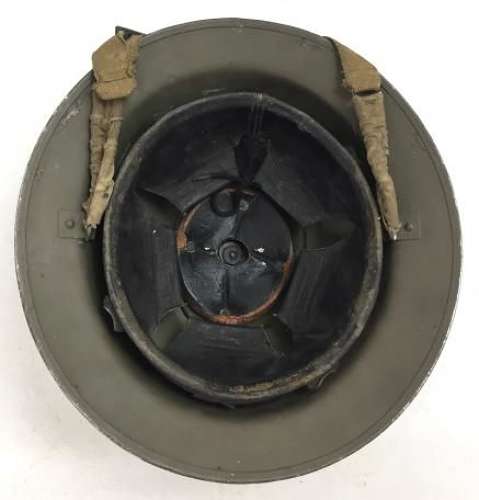 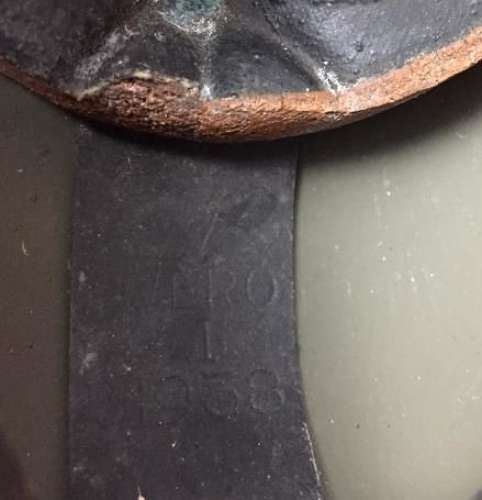 SOLD
A scarce early war 1938 dated British Army MK II Steel Helmet in Khaki Green No.3 as worn by the British Expeditionary Force in France in 1940.

Early War helmets such as this are scarce, let alone those finished in in the correct shade of Khaki Green No.3. Interestingly, the paint finish on this helmet is hand brushed so it could well have been repainted at unit level as was set out in an A.C.I. for the BEF in late 1939. I have two helmets in this early war shade in my collection; both with sprayed finishes, making this an interesting example.

The shell is marked in the usual place although I cannot make out a manufacturer or date. The liner however is clearly marked as a size 7, made by 'VERO' and dated 1938. This is a very early liner and has the correct oval shaped pad used in early helmets, rather than the more common cruciform pattern used from late 1940 onwards. The liner is held in with the correct early 'large' screw which has the same paint as the helmet shell, proving that it is original to it.

The helmet also comes complete with an original chin strap of the correct pattern. It certainly looks to be original to the helmet as it has a similar patina.

This really is a stunning helmet and a must have for any serious British Army collector interested in the early part of the Second World War, The Battle For France, The Dunkirk Evacuation, or similar.