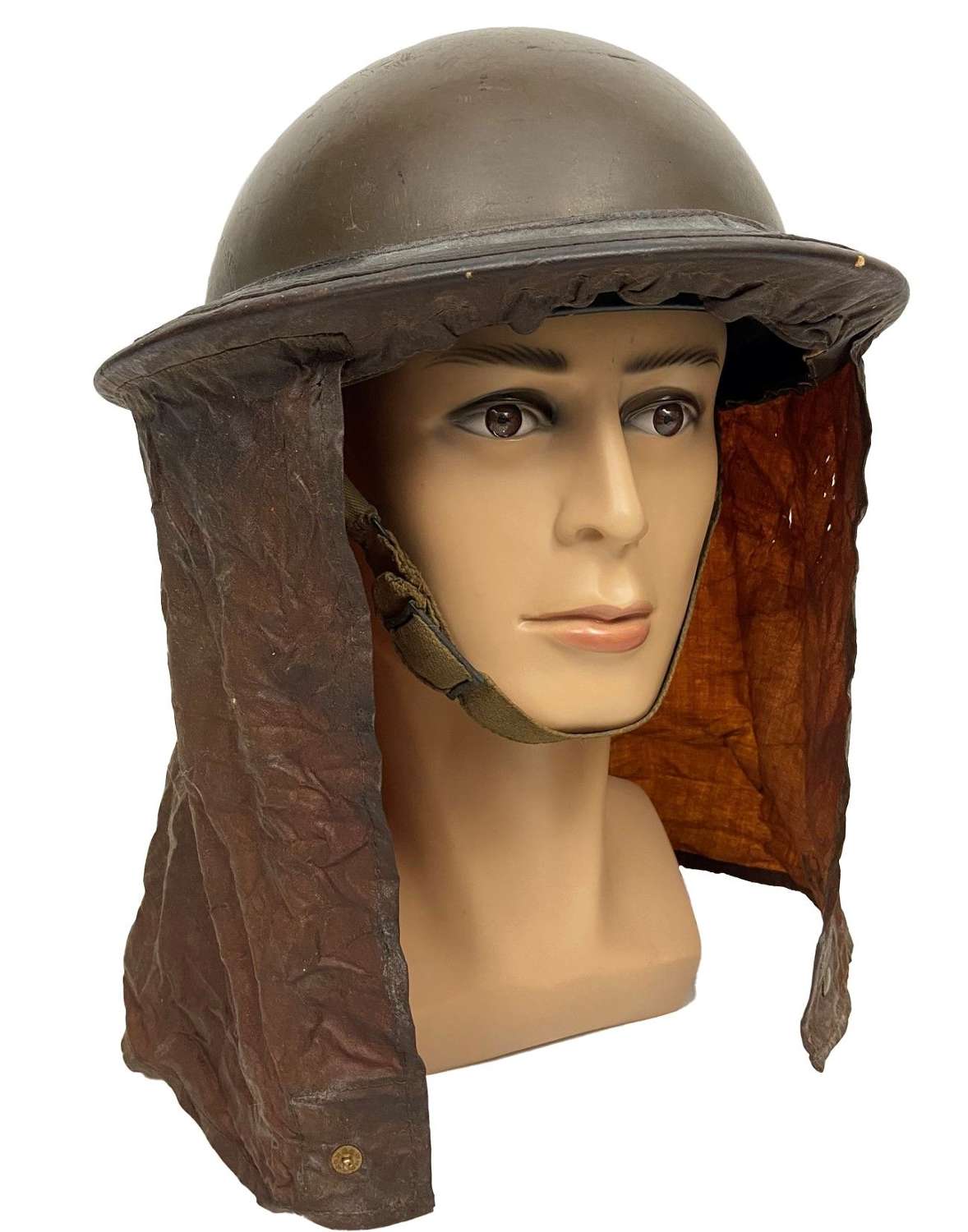 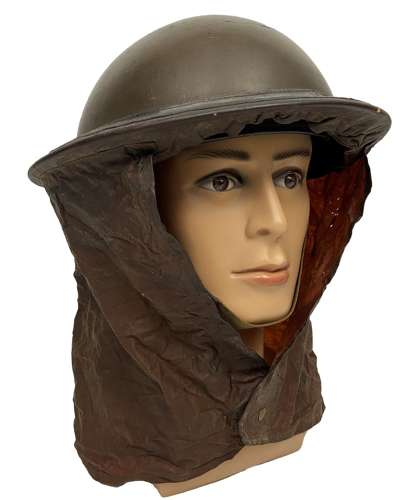 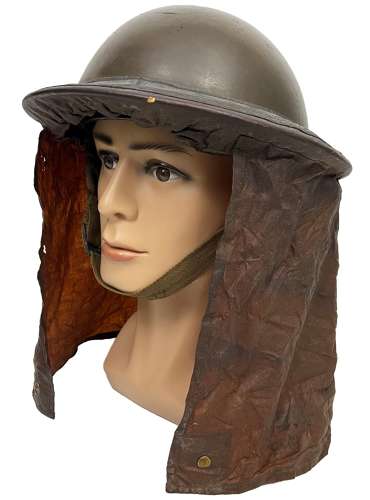 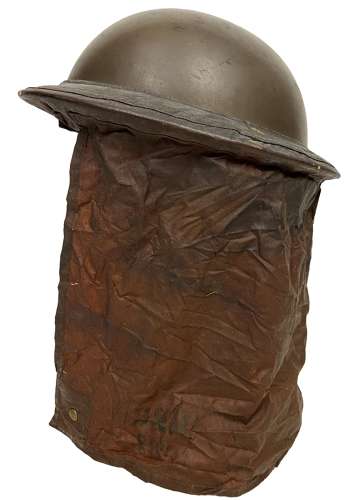 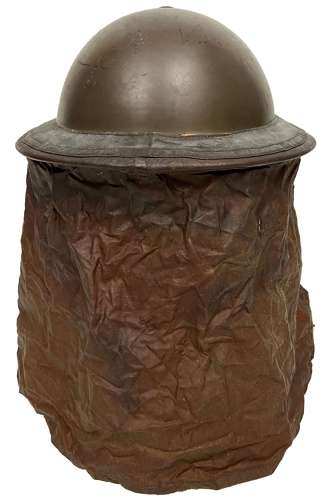 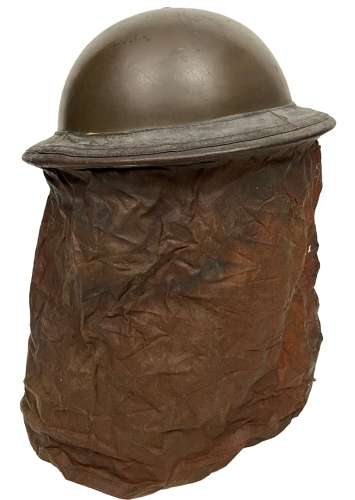 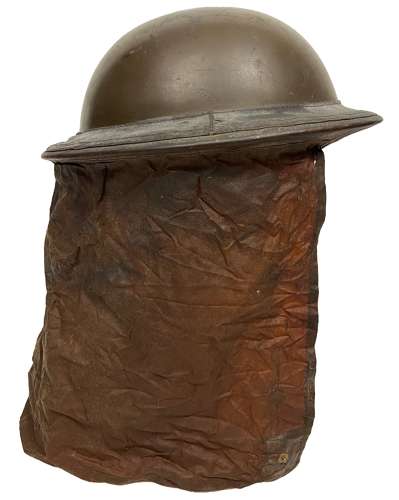 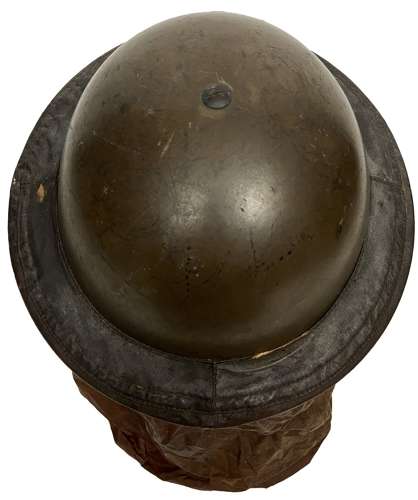 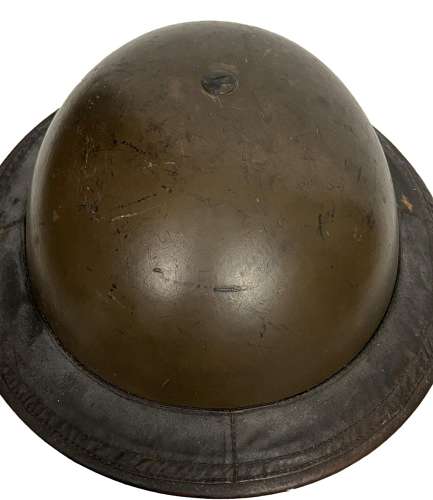 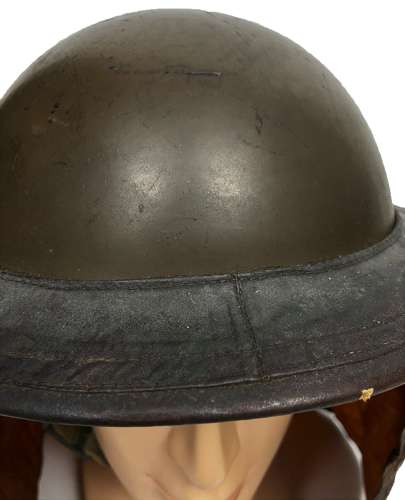 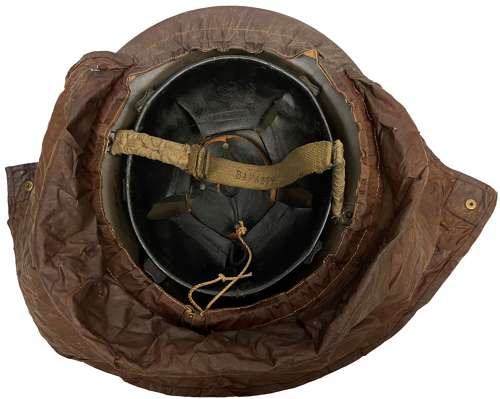 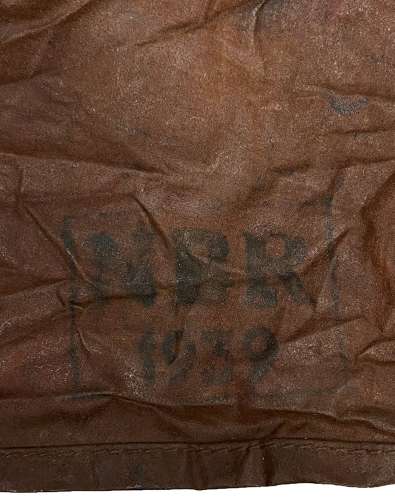 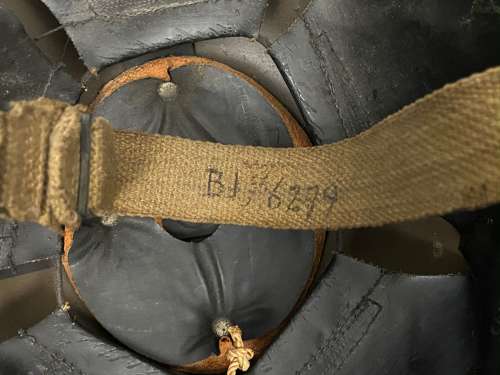 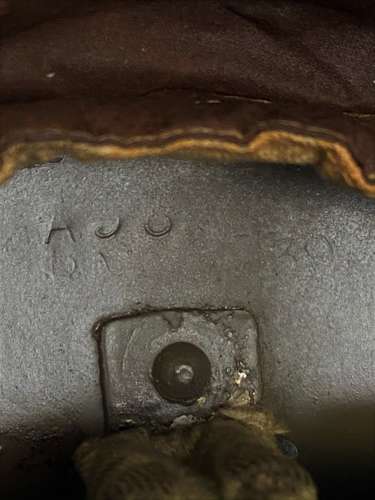 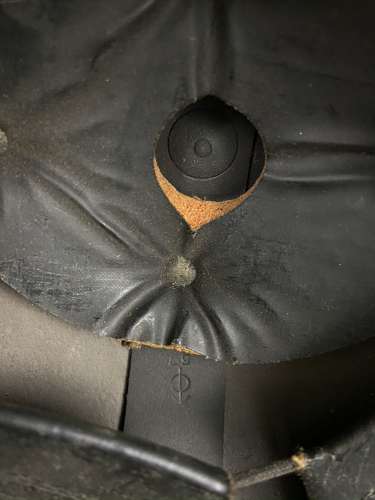 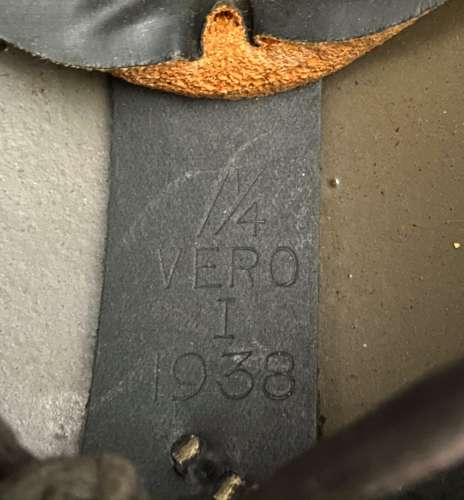 This early pattern of anti gas curtain was used by the RAF, British Army and some Home Front units in the very early stages of the Second World War and are rare to find today.

The helmet is an early example made up of a 1939 dated shell and a 1938 dated liner made by Vero. The shell is in excellent condition and retains almost all of its original shiny brown-green paint finish to both the interior and the exterior. The exterior is marked from use but displays very well. The MK1 liner is a large size 7 1/4 and is clearly dated 1938. It features the early round pad to the top which one would expect to find in a helmet of this vintage. The liner is secured to the shell with the correct large brass screw which retains the majority of its black bitumen paint finish.

The helmet is fitted with the rare MK1 Anti Gas Curtain which was introduced into service in late 1939 making this an early dated example. It became apparent that liquid gas could seep under the rim of the curtain and it was therefore replaced with the MKII version in June 1940. Made from brown oilskin which would have been treated with linseed oil during the manufacturing process, the curtain was designed to be fastened around the wearers face by use of a small brass pop stud fitted to the bottom front of the curtain. The curtain is maker marked and dated to the inside 'NBR 1939'.

The helmet is in excellent condition as is the liner and the chin strap. The curtain is also very good for its age and overall the set displays extremely well. The curtain is still pliable and has no stiffness but does have a couple of tears and a few holes. Please study the pictures before purchasing.

A really nice example of this rare ensemble which is a must have for the serious helmet or early WW2 collector. This would be very hard to better!