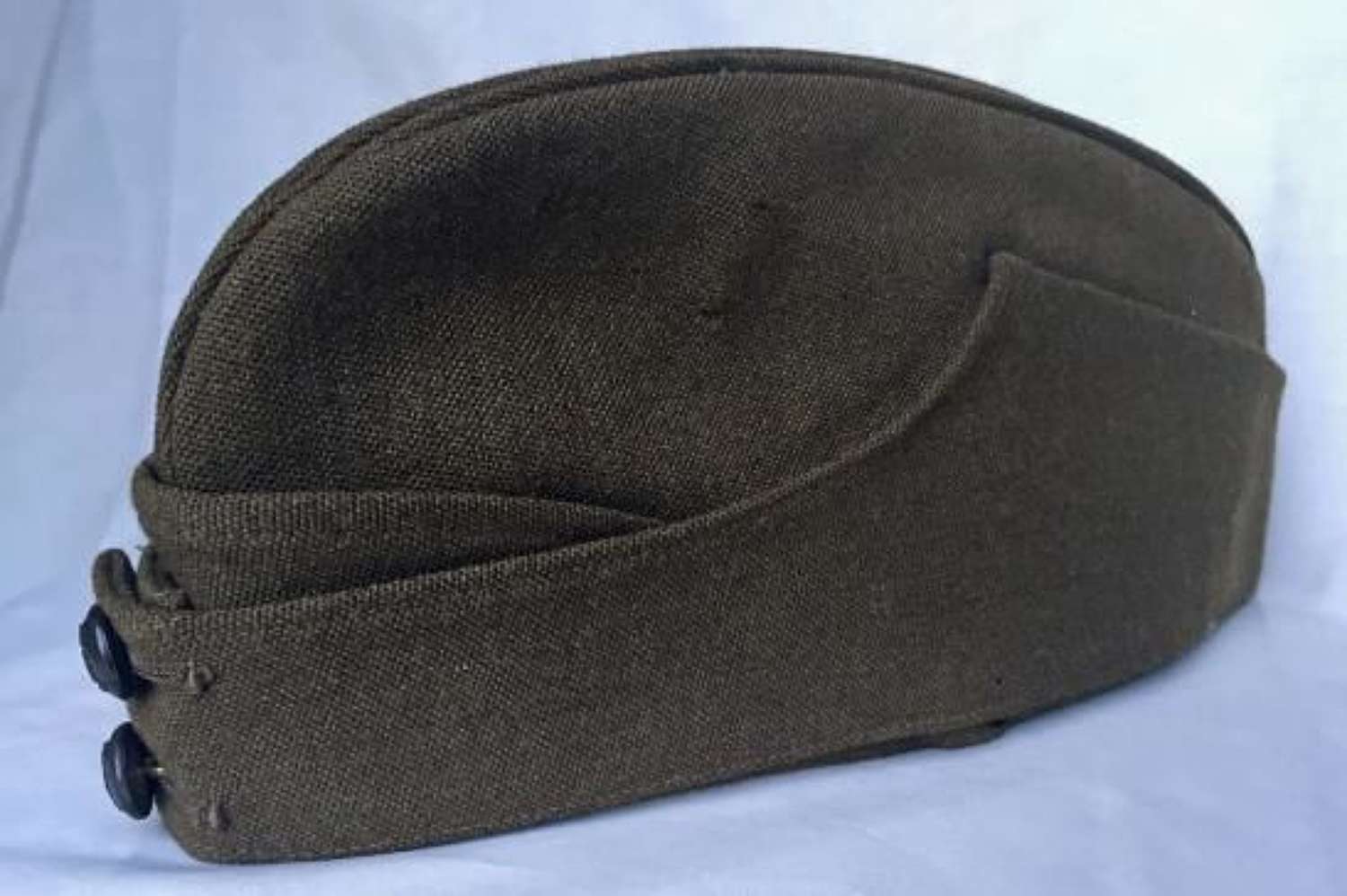 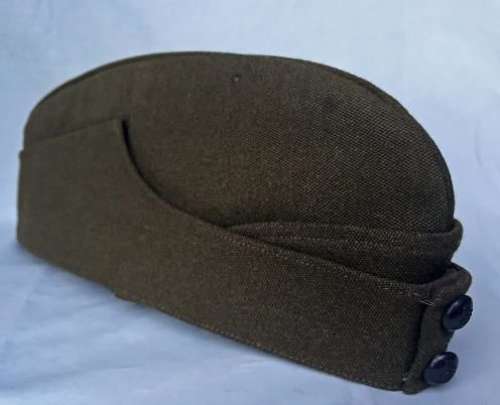 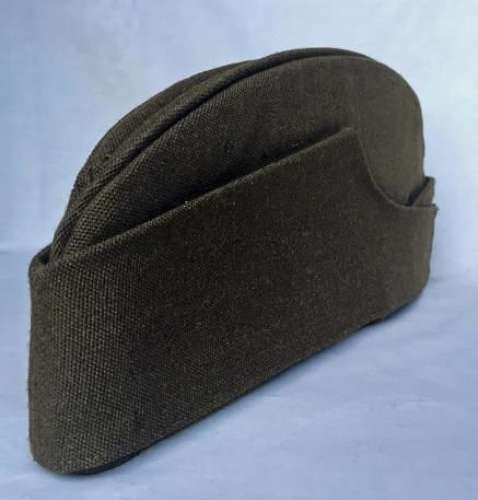 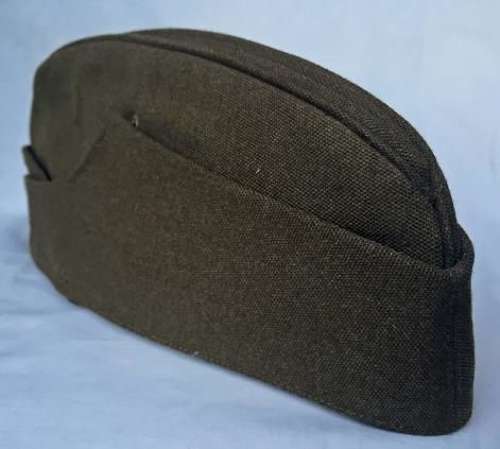 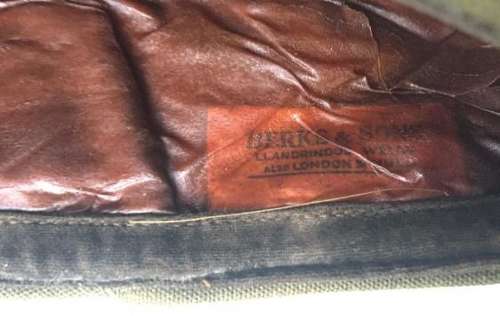 SOLD
A good example of the British Army Officers private purchase field service cap as worn in both World Wars.

This example most likely dates from the Second World War as it came with a grouping of officers clothing from that period.

The construction is typical of private purchase caps being made from a Barathea wool and a velvet lining around the inside edge. It also features two Officer pattern Royal Artillery buttons to the front as well as two holes where the RA badge would have originally been mounted.

The inside bares the makers name 'Berks and Sons'.

The condition is good although there is a moth nip near to the top of the cap on one side. The lining protector also has a rip to it, but this does not attract from the way it displays.