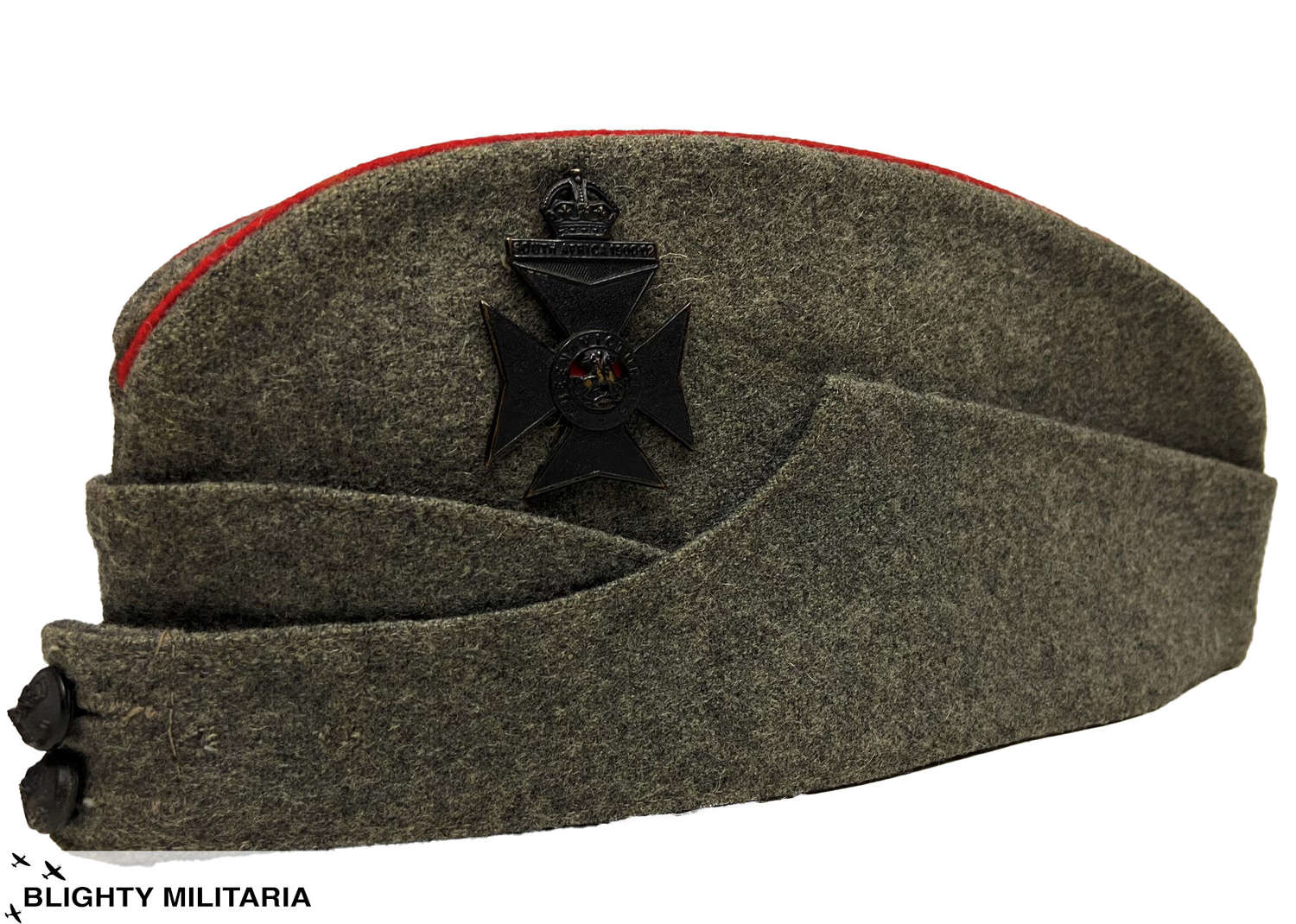 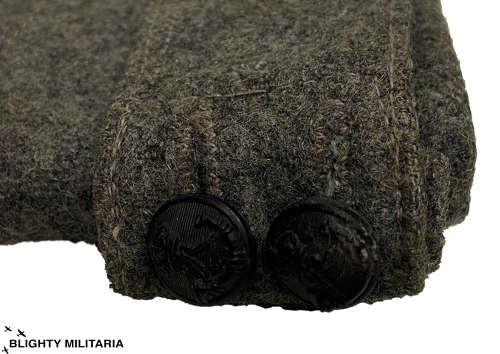 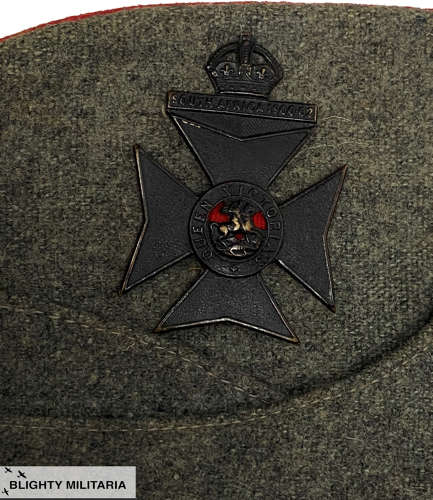 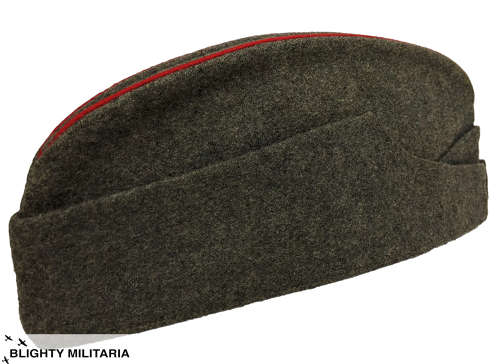 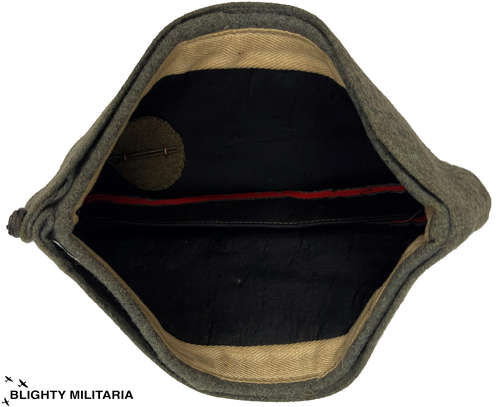 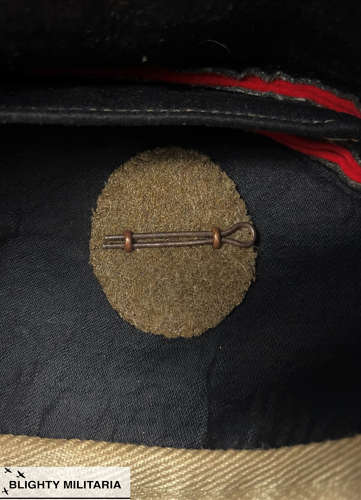 Coloured side caps such as this were a popular alternative headwear for 'walking out' and other special occasions during the 1930s and the Second World War. They were not an issue item but bought privately by individual soldiers who wanted to give their uniform more colour.

This example is made from a grey coloured wool and features red piping along the top edge of the crown. Two black coloured horn rifles pattern buttons are fitted to the front and a Queens Victorias Rifles cap badge is fitted in the standard position. The rear of the badge is held on with a brass cotter pin and a piece of serge wool has been placed between this and the interior of the cap which is an excellent period feature.

The cap is in very good condition and it displays very well indeed. It shows only very limited signs of wear and age as can be seen in the pictures. There is minimal soiling to the interior and just a very small hole to the skirt near the buttons which is only noticeable under close scrutiny.