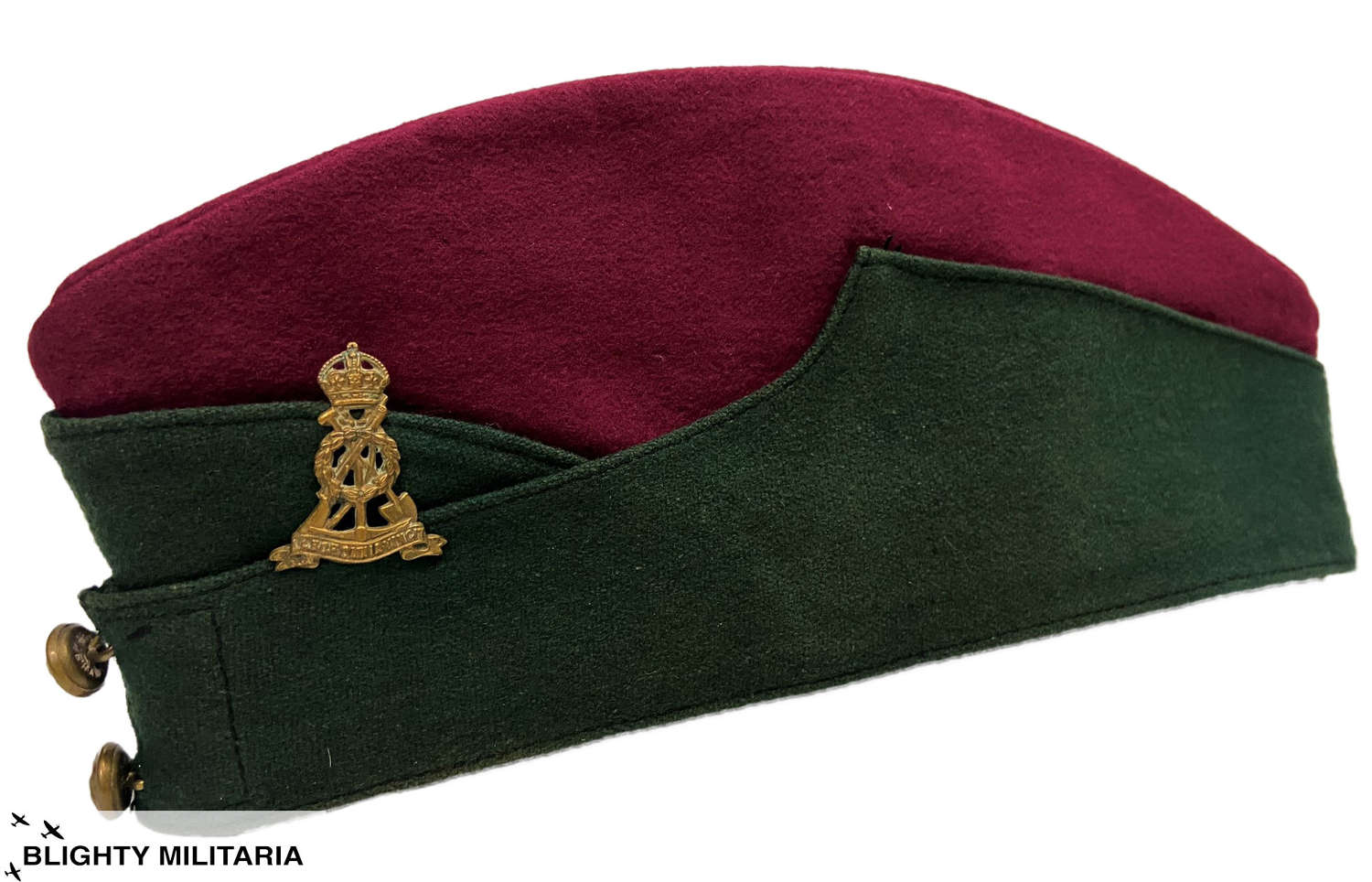 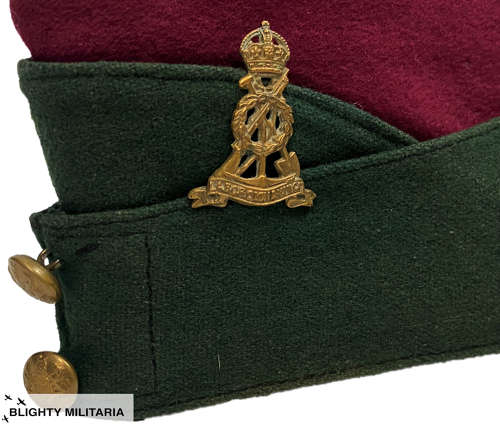 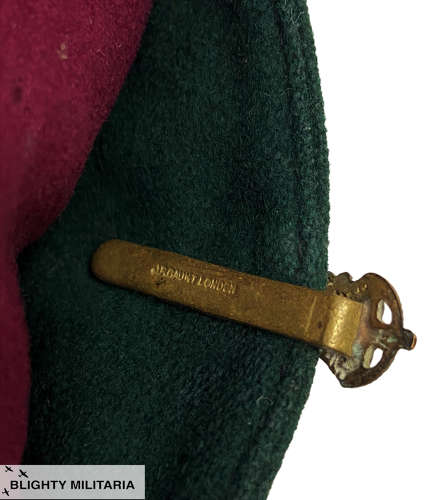 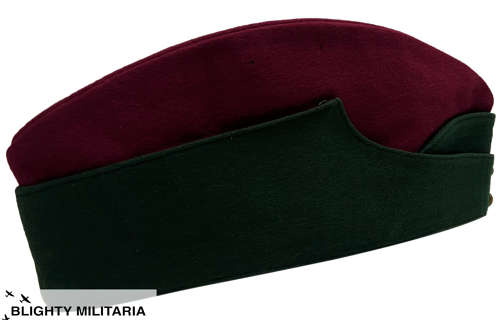 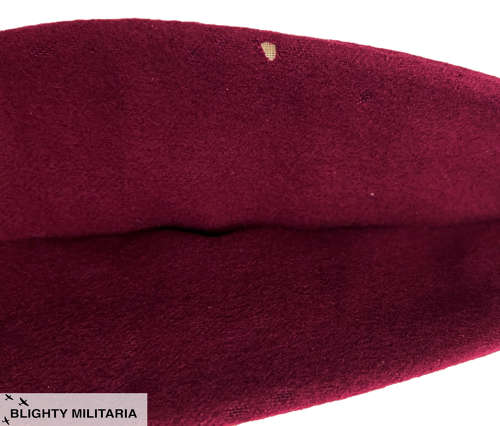 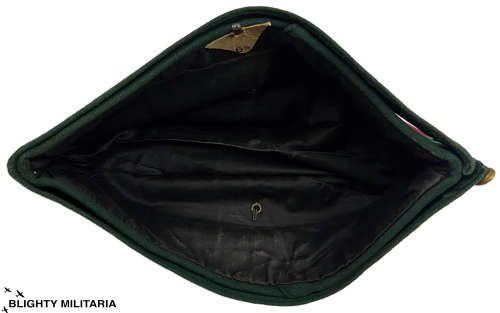 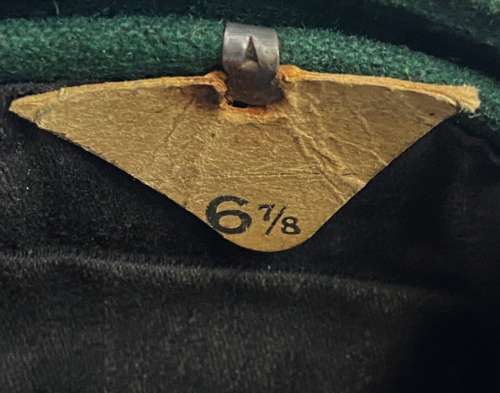 The cap is made up of two colours, maroon and bottle green, and follows the standard construction of forage caps from the period. As is usually the case with these hats it is private purchase meaning that the quality is somewhat better than that of a standard issue khaki example.

The cap comes with an original brass cap badge which is marked 'J. R. Gaunt' to the reverse and two brass general service buttons are present at the front of the cap. Inside the cap the original card size label is still present and reads 6 7/8.

The cap is in good condition with some signs of wear but nothing too serious and no signs of any real damage or moth. The interior also shows some signs of use but overall the cap displays very well indeed. There is a small moth nip to the top as shown in the pictures.

A nice original and uncommon forage cap which would be a nice addition to any British Army collection.