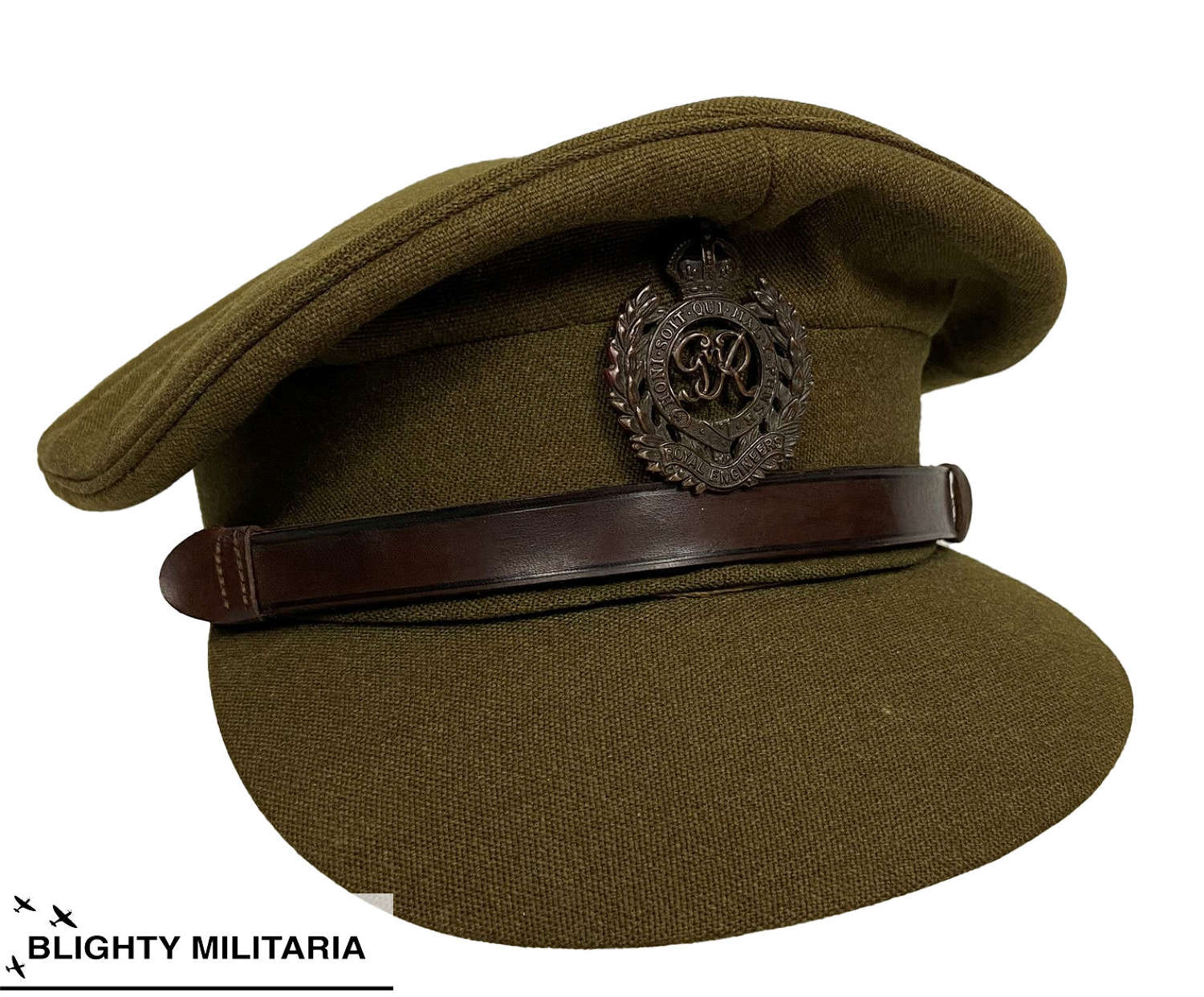 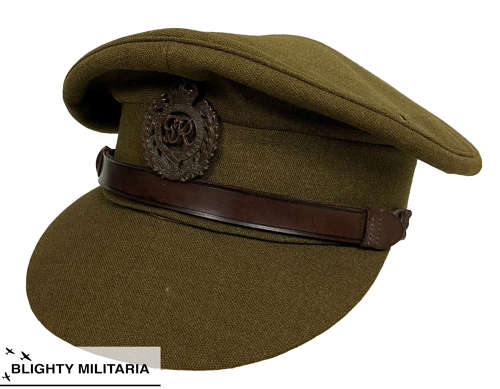 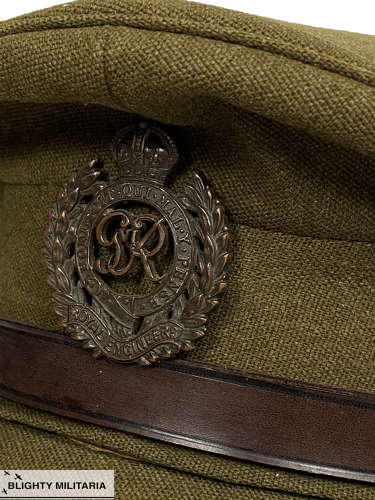 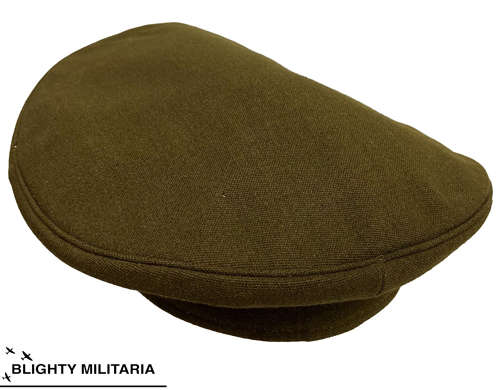 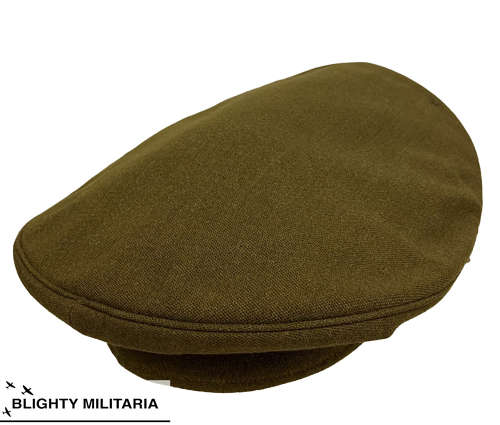 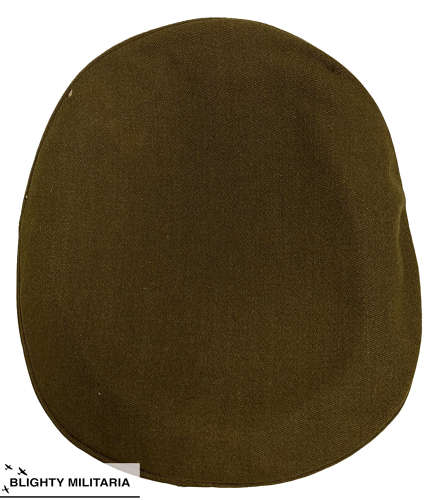 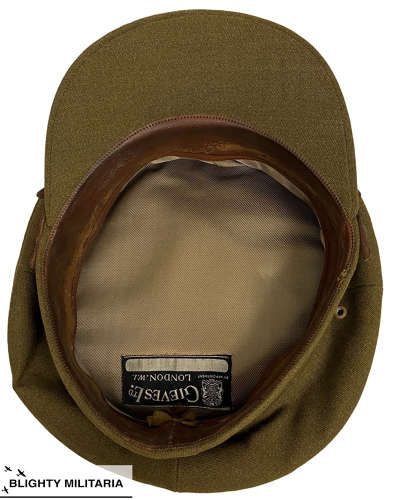 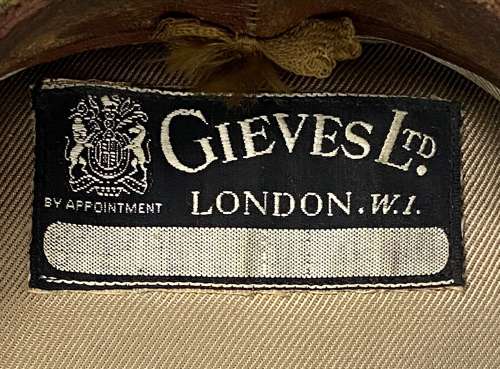 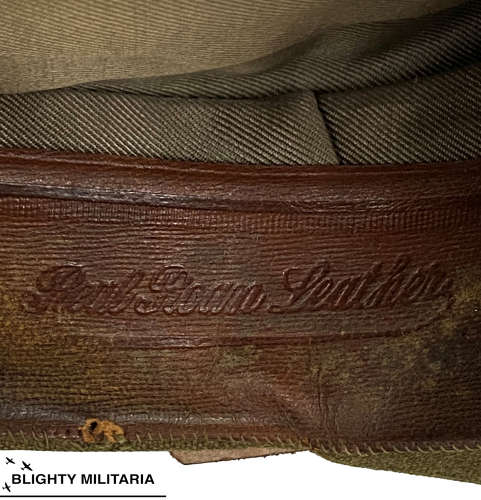 This cap originally belonged to Major T Rothwell who served with the Royal Engineers during the Second World War. He served in the Far East and this hat was found with a number of his other belongings which all dated from WW2. Whilst the cap itself bears no date it is a guaranteed wartime example which was used during the war.

The cap is made from the khaki green barathea wool often used for officers' caps during this period. The crown has been shaped and worn giving the cap a well worn in look which was often prefered by officers to show they had been serving for a good length of time. The hat is fitted with a leather chin strap which is held on with General Service buttons of the bronze officers variety. To the front of the cap is an officers pattern Royal Engineers cap badge which is in good condition.

Inside the cap is lined with rayon and features a leather sweatband which is marked 'Real Roam Leather'. The makers label is also present which bears the name 'Gieves Ltd, London W.1'.

There is no size indicated inside the cap but it is approximately a size 7.

The cap is in good condition and displays well as can be seen in the pictures. There are a couple of moth nips to the top of the cap which have been reflected in the price.

All in all a nice hat with wartime provenance.