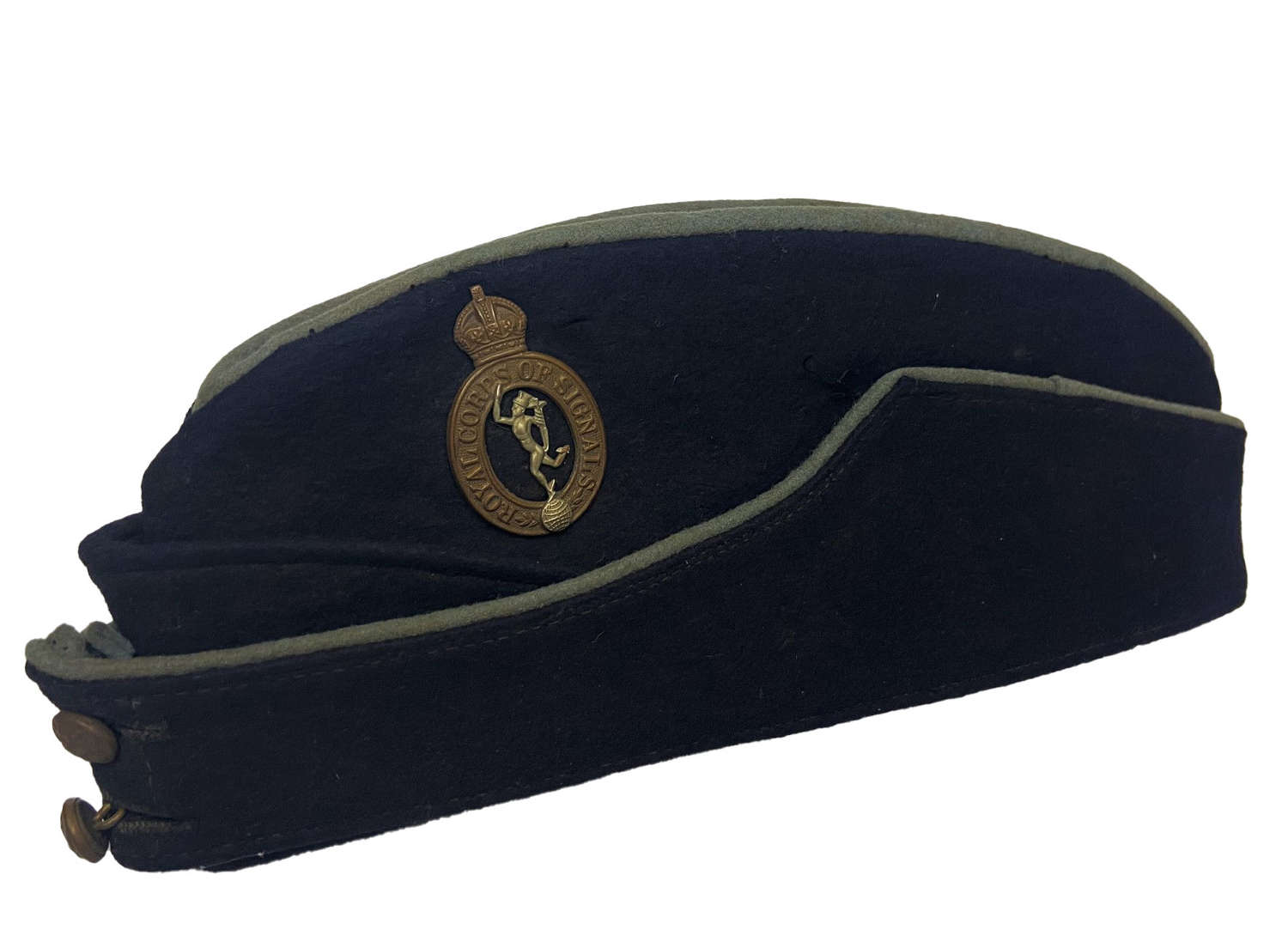 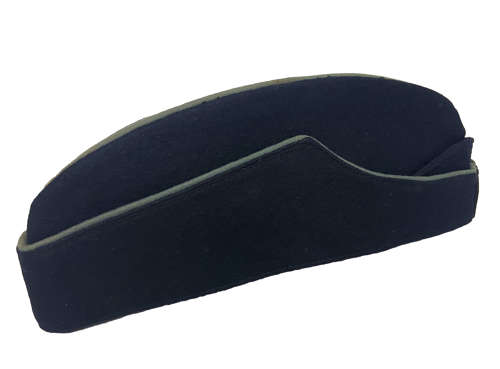 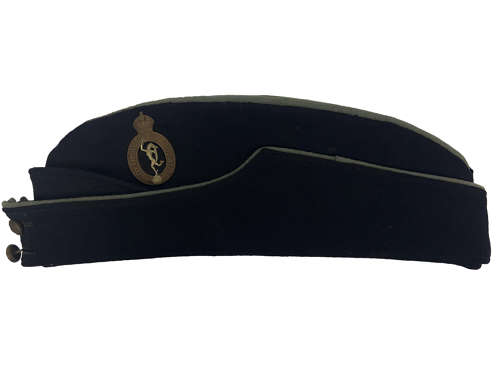 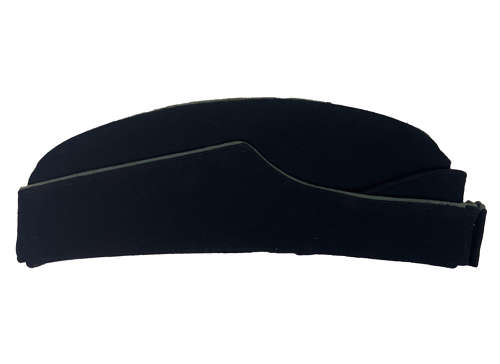 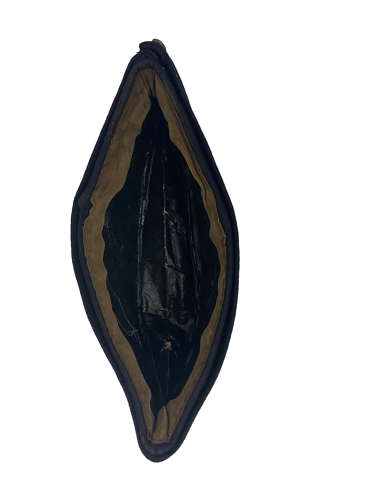 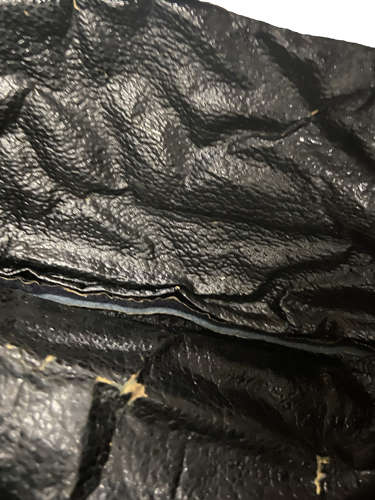 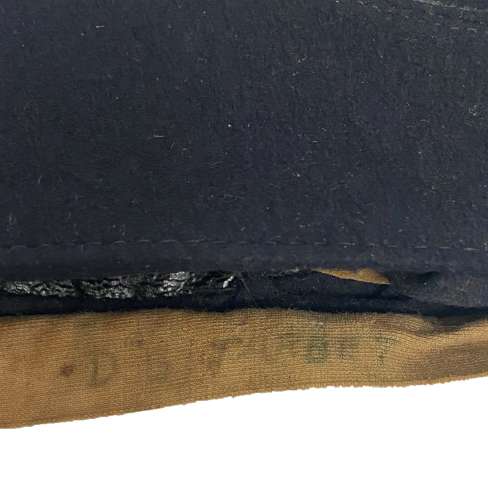 Coloured Service caps were popular in the pre-war period as well as during the Second World War and were worn with Service Dress, Battledress and Blues. They were a private purchase item which could be worn when 'walking out' and added colour to the wearers uniform.

The cap is made from a navy blue wool and features sky blue piping and crown. The cap comes with its original cap badge and is fitted with two brass General Service buttons to the front. The interior is fully lined with a black mock leather material and a velvet headband, as are commonly found on caps of this ilk. The original owner has marked his name to the interior which may offer scope for further research.

The cap is in good condition for its age with some signs of wear to both the interior and exterior. Overall it displays well but it is a 70+ year old pre-worn item which may have small issues commensurate with its vintage. The stitching is loose to one of the front buttons and there is a slit where the cap badge was fitted half an inch further back at some stage.

All in all a nice example of a Royal Signals coloured side cap.